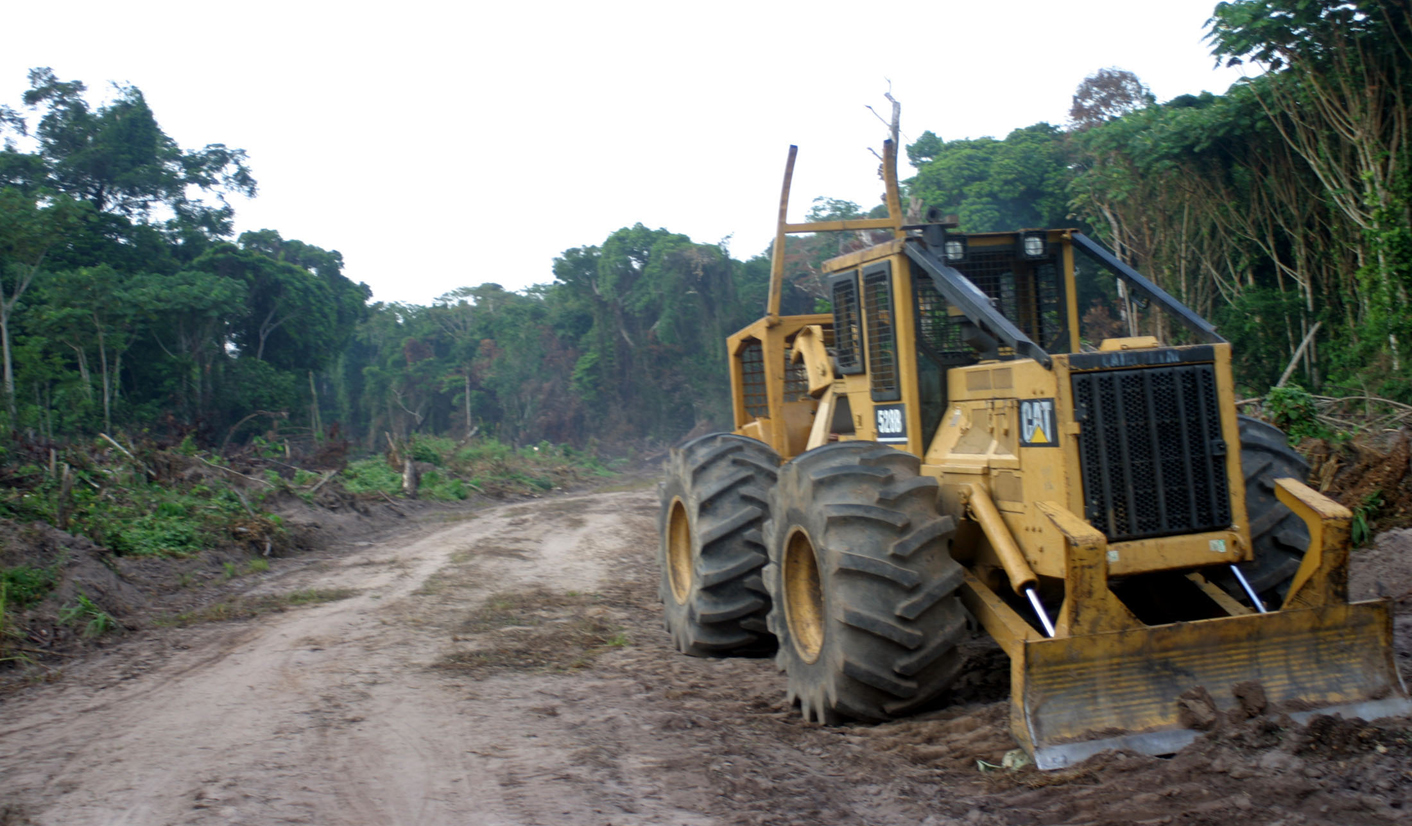 Cameroon loses about 33 billion CFA francs (almost $60-million) annually through the illegal exploitation of timber. The trade may also be benefiting terrorist groups such as Boko Haram and separatist movements in Nigeria and Cameroon.‬

On 13 January, 21 Nigerians were arrested in Donga-Mantung, the north-west border region of Cameroon, for illegal logging. The single arrest of so many suspects suggests an established transnational syndicate that can only be stopped through stronger domestic and regional responses.

The supply chain involves an international network of criminal groups and individuals including community leaders, timber merchants (the middlemen), state officials, exporters, and industrialists in Europe and Asia. Corruption by local officials and exploitation by Chinese businessmen drive the trade. They facilitate the illegal movement of timber from remote forests in Cameroon to illicit markets in Nigeria and on to shops in Vietnam and China.

The Environmental Investigation Agency notes that much of the wood exported from Nigeria between 2014 and 2017 was illegally logged (harvested and exported) in violation of state and federal laws. Although Nigeria ranks second among Africa’s seven largest tropical wood-producing countries, much of this timber is sourced from Cameroon.

The depletion of Nigeria’s timber resources means it’s moved from being a source-supply state to a transhipment state. Over 1.4 million Kosso (rosewood) logs worth about $300-million illegally sourced from Cameroon were shipped to China through Nigeria in 2017.

Cameroon’s forests span about 22 million hectares, with a range of ecosystem benefits vital for both biodiversity and economic development. The Food and Agriculture Organization estimates that 815 species of flowering plants in the country are almost extinct. Twenty-six mammal species are endangered or critically endangered due to illegal timber trafficking.

The illegal trade also threatens the livelihoods of small-scale loggers who are permitted to engage in a limited amount of logging in or around their villages, according to Cameroon’s 1994 forestry law.

Taraba State borders Cameroon and serves as Nigeria’s wood trafficking hub. Poor forestry governance, weak monitoring and corruption have depleted forest reserves over the past decade. A member of the Timber and Madrid Buyers Association of Nigeria in Taraba, who spoke to the Enact organised crime project on condition of anonymity, confirmed that Kosso was no longer available in the state’s reserves. Illegal loggers have moved into Cameroon’s forests to meet the growing demands of foreign timber merchants.

Illegally logged wood from Donga-Mantung is trafficked to Bissaula in Nigeria. In Takum, a popular hub for timber products in Taraba, it is reloaded onto trucks and moved through Benue and Kogi states to depots in Obollo-Afor and Sagamu. From there it’s hauled to Onne and Lagos seaports and shipped to Hanoi in Vietnam, which is the gateway to China’s timber markets.

Other factors driving the trafficking are weak law enforcement and the lack of a bilateral response from Nigeria and Cameroon. In 2019, Cameroon’s Territorial Administration Minister Paul Atanga Nji directed regional governors and divisional officers to “introduce disciplinary and/or criminal proceedings” against officials involved in illegal logging and poaching. The directive has however had little impact on timber trafficking.

Although forest certification shows potential for checking illegal logging and timber trafficking in Cameroon, lingering socio-political crises in the country’s anglophone regions limit the implementation of this certification.

Another problem is that the Regional Action Plan for the Conservation of the Nigeria-Cameroon Chimpanzee (2011), which seeks to address the loss of biodiversity, has remained dormant in the absence of implementation steps. The plan commits to the “prohibition of indiscriminate logging of timber,” but needs to identify areas where robust bilateral law enforcement can stop illegal logging and timber trafficking.

Cameroon and Nigeria are state parties to the 1973 Convention on International Trade in Endangered Species of Wild Fauna and Flora (Cites). But neither country has domesticated the treaty, which would provide a framework for tackling the illegal exploitation of timber.

To stop timber trafficking, Cameroon and Nigeria need a mutual political and operational commitment from both the environmental and criminal justice sectors. The 2011 Regional Action Plan for the Conservation of the Nigeria-Cameroon Chimpanzee is an example of a solid bilateral platform. It should be implemented urgently in both countries. The plan could be enhanced by listing the actions needed to secure essential biodiversity resources (particularly flora and fauna) for sustainable development.

The Cameroon-Nigeria Transborder Security Committee may be well placed to implement the plan and serve as an intelligence-sharing hub. This would enable real-time intelligence exchange and joint security patrols.

Cameroon’s Ministry of Forestry and Wildlife and Nigeria’s Federal Ministry of Environment should enact specific laws in line with Cites to address the illegal exploitation of timber resources. Such legislation should align with existing laws in both countries against corruption by state officials. DM