Is KZN premier Sihle Zikalala the right man to lead the recovery of the devastated province? 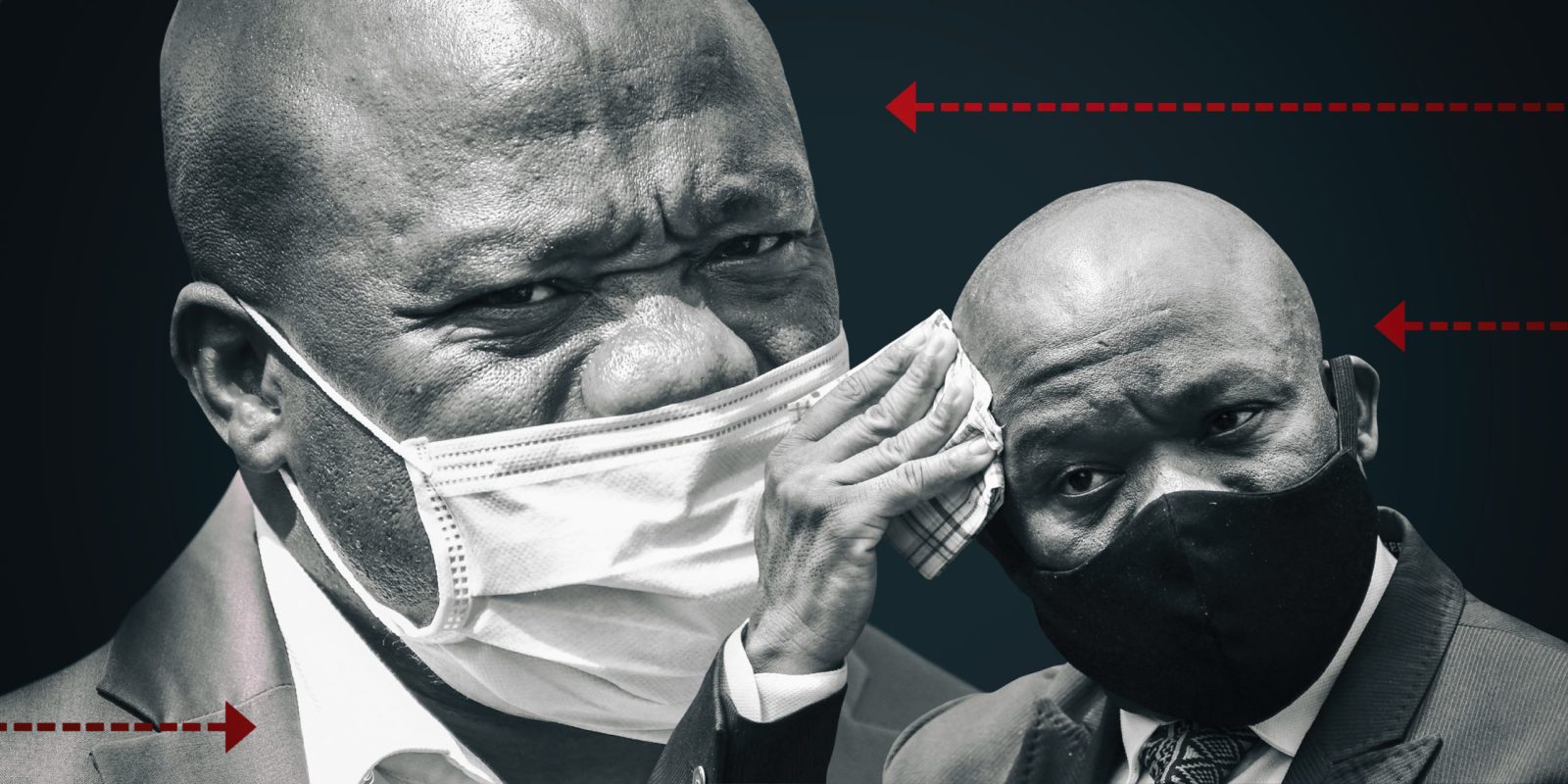 As Zikalala and the rest of the country try to recover from the shock and sense of numbness at the sheer scale of wanton destruction and thuggery that has engulfed KwaZulu-Natal in the last few days, he might wonder why it had to be him in charge when things went so horribly wrong.

“Cometh the hour, cometh the man.” That is how things were meant to unfold when Sihle Zikalala took the oath of office as premier of KwaZulu-Natal in 2019 and outlined a vision of prosperity and economic growth that he, as provincial chairman of the ANC, had promised in his party’s election manifesto.

Five months ago he was still upbeat as he delivered his state of the province address under the theme: “Quickening the tempo of economic recovery and job creation.”

He began thus: “In the face of death and devastation, KZN endures and is alive with possibility. We stand at a stark moment in history. The challenges we face and the tough decisions we make, will determine the trajectory of our province, of our country and our people.”

Today, as he and the rest of the country try to recover from the shock and sense of numbness at the sheer scale of wanton destruction and thuggery that has engulfed KwaZulu-Natal in the last few days, he might also wonder why it had to be him in charge when things went so horribly wrong.

Human as he is like the rest of us, he battled to contain his frustration and anger as children, elderly men and women joined the masses in a brazen frenzy of looting and destruction that left more unanswered questions about how we had got here.

It is not very often that a leader as senior as Zikalala would, in front of television cameras, police and members of the defence force, grab a member of the public by the scruff of his neck, assault him and send him packing. The mayhem is taking its toll on everybody, and Zikalala is in the spotlight.

Part of the evaluation of what has happened invariably is about finger-pointing and about what various levels of leadership should have been able to foresee and plan accordingly. Even if Zikalala genuinely had no clue about the way forward in these circumstances, there is an expectation that he should lead KwaZulu-Natal on a path to recovery from an economic devastation calculated in billions of rands, and still counting.

But was Zikalala the right person to have been in charge of KwaZulu-Natal at the hour of its greatest need? As would be expected, the opposition Democratic Alliance has called for him to step down for his poor handling of the crisis.

Zikalala certainly was itching to get his hands on the levers of government power once he became provincial chairman of the ANC in 2015.

Under his leadership, the new provincial executive committee unceremoniously removed premier Senzo Mchunu and replaced him with Zikalala’s deputy, Willies Mchunu, who duly reconfigured Senzo Mchunu’s executive council to include Zikalala and his lieutenants.

By the time Zikalala was installed as premier in 2019, he was already in charge of government affairs due partly to prolonged periods of Willies Mchunu’s ill-health.

However, as much as Zikalala’s zest to take over could not be camouflaged, he could not have anticipated that events beyond his control would leave him vulnerable and terribly exposed.

First, there is the question of how the country’s intelligence services were caught napping as chaos spiralled across the province. National government, which is responsible for intelligence gathering, has blamed former agents loyal to incarcerated former president Jacob Zuma for orchestrating the mayhem.

During the days of the Mass Democratic Movement, the ANC had established organs of people’s power that had their ears to the ground. Every street and ward had mechanisms to monitor and convey to the leadership what was happening and who was behind it. It would have been unheard of that mass activity, on the scale witnessed this week, could have taken place without the “networks” knowing exactly how it had been planned and executed.

As premier of KwaZulu-Natal, Zikalala can only do so much – consult stakeholders and call for calm, restraint and peace. He is not in charge of the police nor does he command the armed forces.

Those organs fell apart before Zikalala’s time as premier. Now, his comrades on the ground are so disorganised and disillusioned for one reason or another that they can no longer be relied upon to provide vital knowledge to assist government.

Second, questions have been asked about the role and lack of intervention by councillors.

The reality is that at the moment, ANC branches are involved in a very delicate process to nominate candidates for the next local government elections. In a bid to clean up its act and correct some of the mistakes of the past that resulted in some communities rejecting ANC councillors, this time around nomination processes are very stringent. That will result in many of the incumbents not making it, and their enthusiasm for community work would therefore be limited.

Third, the constraints imposed by the Covid-19 lockdown regulations have also meant that the ANC has not been able to organise rallies and community meetings to talk directly to its members as the situation deteriorated.

Fourth, Zikalala and his provincial ANC fellow leaders have been caught in the middle of the polarisation resulting from Zuma’s woes.

The national executive committee has been adamant that the rule of law should not be meddled with and that Zuma should expect to be treated like every other citizen of the republic.

Understanding the groundswell of anger among supporters, Zikalala has pleaded that Zuma should receive a presidential pardon – a proposal that does not sit well with those who feel that Zuma has deliberately and consistently spurned good advice to obey the law and should thus reap what he has been sowing.

What is true is that the genesis of what has happened is the incarceration of Zuma. Nobody seems to know beyond speculation what the end-game is, or indeed, if we are witnessing the unfolding of a well-thought-out insurrection, as some have suggested.

As premier of KwaZulu-Natal, Zikalala can only do so much – consult stakeholders and call for calm, restraint and peace. He is not in charge of the police nor does he command the armed forces.

It is one thing to wear a traffic police jacket to wave down motorists during the festive season at the toll plazas. It is quite another when your own sense of the magnitude of the problem is that 25,000 soldiers should be deployed – and only 2,000 arrive.

Similarly, you may feel that the police should be firmer with the criminals ransacking and burning the malls. But if the police are under strict orders to take extreme care not to step on anybody’s toes lest the minister is sued for their brutality, the premier cannot do much.

That is why, trending on social media this week, was a video of Zikalala assaulting a looter and nothing reminiscent of the scenes when the police and soldiers were unleashed to enforce Covid-19 regulations.

The pages of history are open before Zikalala.

Already they will reflect that in the year 2021, KwaZulu-Natal’s economy was decimated by riots after the incarceration of Jacob Zuma while its people were battling a devastating pandemic. Zikalala’s response will dictate if he indeed was the man of the hour in our history. DM