Explainer: Declaring a State of Emergency in South Afri...

Explainer: Declaring a State of Emergency in South Africa 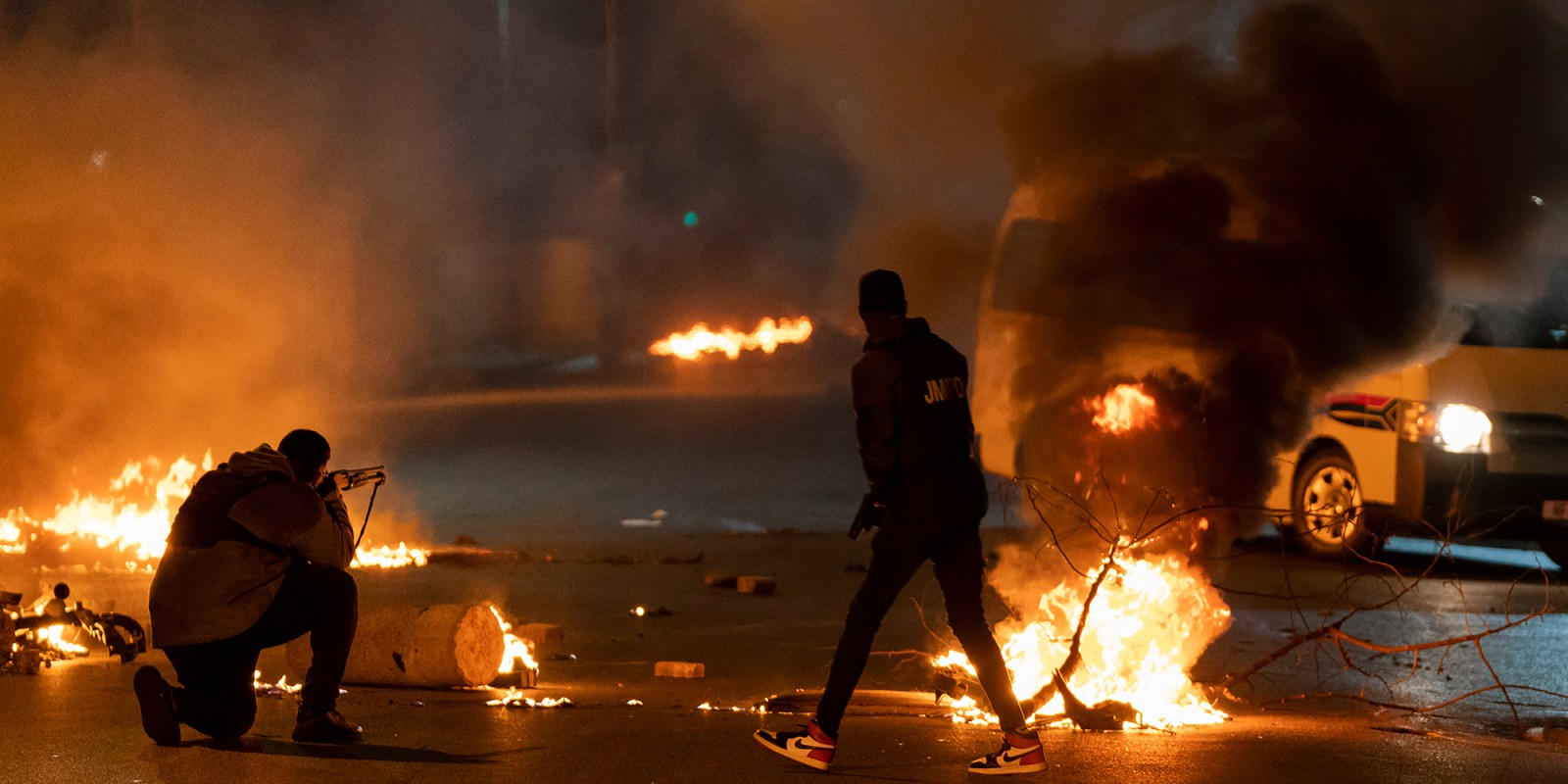 A member of a private security company points his rifle at a taxi after pushing back protestors in Jeppestown, Johannesburg on 12 July 2021. There have been calls from civil society for the government to declare a state of emergency. (Photo: Shiraaz Mohamed)

Some people have been calling for a State of Emergency to be declared because of civil unrest in the country.

Civil unrest in KwaZulu-Natal and parts of Gauteng has resulted in some people calling for a state of emergency to be declared under the State of Emergency Act. Here we explain what it is and how it is declared.

Under the State of Emergency Act the government invokes temporary emergency powers meant to restore peace and public order. The Constitution sets out three requirements for the declaration of such a state of emergency:

According to the Act, the president can declare a state of emergency in the country (or part of the country) by publishing a notice in the Government Gazette. Brief reasons for why it is necessary must be set out in the notice.

If it becomes necessary to do so, the president would probably also be able to make emergency regulations on other issues. For example, the amount of petrol, food or medicine that people can purchase while the state of emergency remains in force could be restricted.

The State of Emergency Act requires that any such emergency regulations be published in the Government Gazette. The president must also take appropriate steps to ensure that the public knows the contents of any regulations. For example, by publishing the regulations on social media or by informing the public of the regulations through radio or television advertisements.

The State of Emergency Act also allows the president to authorise other people, such as a cabinet minister or the National Commissioner of Police, to make emergency rules or by-laws.

Another restriction is that any regulation or law which limits a constitutional right during the state of emergency must be strictly necessary and must also be consistent with international law. The Constitution also prohibits the government from passing any regulation or law which gives indemnity to the state or other person for unlawful acts performed during a state of emergency.

The Constitution also sets out certain rights for any person detained without trial, for example, among other things, they must be allowed to be visited by a lawyer. Their name and place of detention must be published in the Government Gazette within five days of their arrest. Their detention must be reviewed by a court as soon as reasonably possible and this must take place no later than ten days after their arrest.

If the president only declares a State of Emergency for a certain part of the country (for instance KwaZulu-Natal or Gauteng) emergency regulations or by-laws would only be valid in those geographic areas.

Notice declaring the state of emergency in part or all of the country must be tabled in the National Assembly for debate as soon as possible after its publication in the Gazette.

The Constitution also states that the National Assembly must first hold a public debate on any extension of a state of emergency before any vote to extend it will be legally valid.