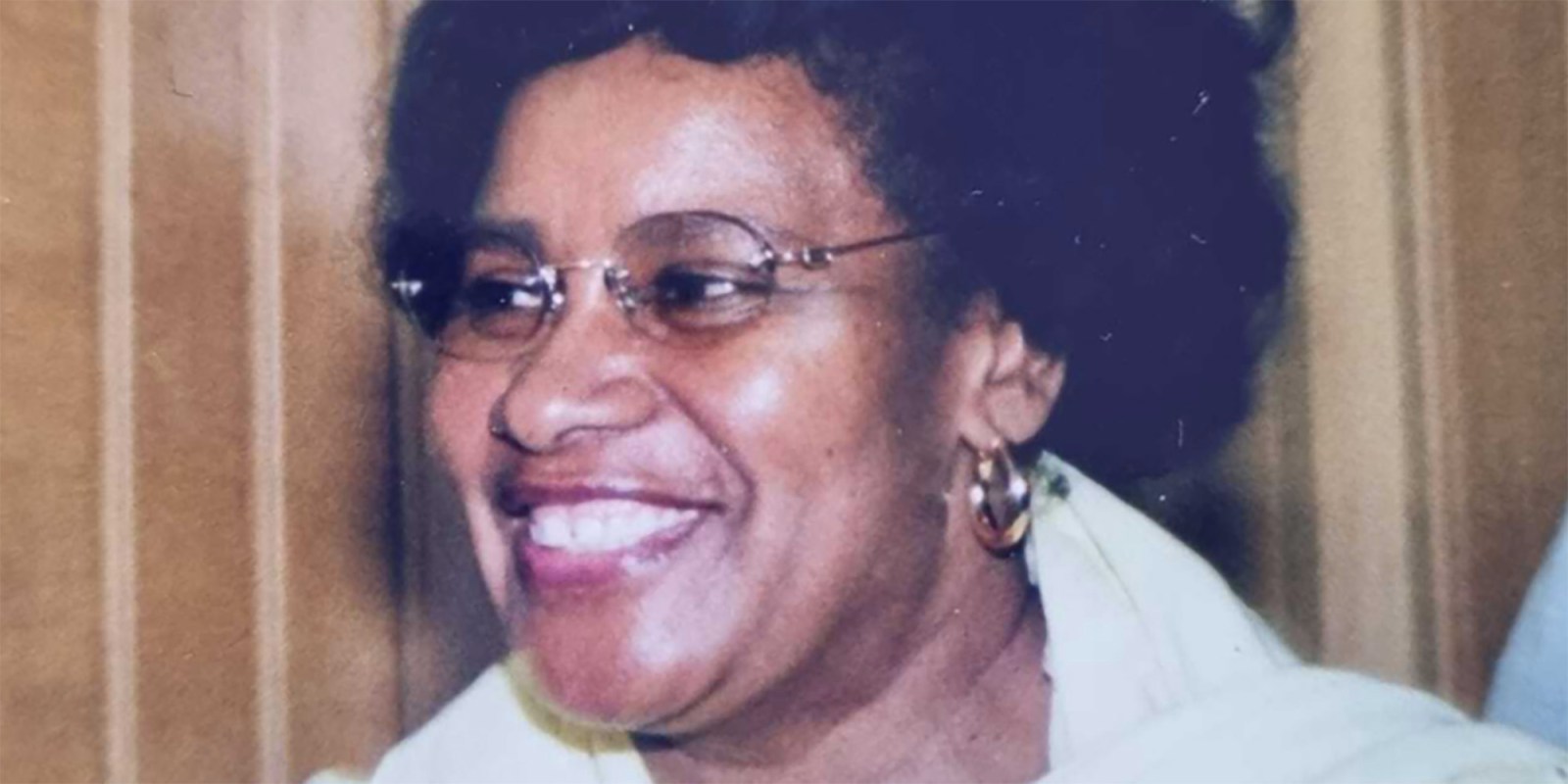 South African Women in Dialogue and its many partners, including the Women’s Development Foundation and UN Women, deeply mourn the passing of Dr Ellen Kornegay, a powerful academic, researcher, gender expert and gender activist who worked tirelessly in seen and unseen ways, and whose ceaseless dedication to the work of women is visible in many of the documents that underpin the gender policy framework of South Africa.

Dr Ellen Kornegay was a formidable, indefatigable, but extremely kind public service professional, who not only had a deep understanding of bureaucratic management, as well as social protection and gender and female empowerment, but was also a champion and mentor to many young professionals whom she invested in, professionally and personally, over many years. She worked in government from 1997 to June 2014, when she retired.

Her expertise in public policy and governance, and her ability to draft public policy to change the details of people’s lives, was built over 43 years of professional work, 23 years of which she was extensively involved in establishing new structures and organisations.

Dr Ellen Selelo Nelly Kornegay was born on 17 January 1946 in Buffelshoek, Ga-Maleboho, to Albert George “Mokotupi” Whitehead and Thapelo Mary (Mohodu) Whitehead. She was the first-born child among six siblings and was fondly called “Bess” by her grandfather Ebenezer and grandmother Mmapula Rahel Whitehead. She grew up in a rural tribal area under the Bahananoa Tribe, who were resisting the apartheid homeland system (establishment of Lebowa) in the then Transvaal. She grew up speaking SeHananoa, a Sepedi dialect. Ellen’s primary school education began at the nearby Fatima Mission School, Bochum and was completed at Sacred Heart School in Aliwal North; she completed high school at Holy Cross High School in Cradock. Her Catholic faith, fostered and nurtured during these school years, informed and defined her life.

For three years prior to her US studies, she was a caseworker at the Child Welfare Society in Johannesburg. During and after her studies at Smith College, she worked as a therapist in Detroit, New York City and Brooklyn, New York. During this time she worked as part of a clinical team in assessing and treating mentally challenged children in New York City.

She also worked on the Fulbright Program in Washington, DC, during 1988 and 1993 before returning to South Africa. Upon her return she worked for the IEC in voter education, delivering the first democratic elections in South Africa in 1994. Her work on voter education was accomplished through the Women’s Development Foundation and in collaboration with the IEC.

Before joining the government, she worked in the South African NGO sector, focusing on gender issues. She was part of the national research team that conducted a national study that informed the integration of gender equality into the Constitution. In this capacity she developed complex coordination frameworks to ensure that the diverse constituencies could access information and resources for participating in their new democracy.

She became the executive director of the Women’s Development Foundation under its founding chairperson, Dr Brigalia Bam, and participated in designing, drafting and delivering the many training programmes for female parliamentarians directed at addressing policy and governance capacity in the new dispensation.

She served as head of the Spousal Office in the Presidency, a structure established in 2001 with the explicit mandate of providing technical, professional and logistical support to the First Lady and all spouses of future heads of state. Her mandate was to establish the office. Her tenure in this post was preceded by a five-year term as a chief executive of the Office of the Status of Women located in the Presidency. The office is entrusted with policy development, policy implementation, programme development and coordination. In an attempt to effect synergy among the programmes, Dr Kornegay was asked to coordinate the work of the programmes around cross-cutting programmes.

Dr Kornegay was also the chief director for programmes in the Policy Coordination and Advisory Services in the Presidency, which provided professional leadership and administrative oversight for the Office of the Status of Women, Office of the Disabled Persons and the Office on the Rights of the Child.

She was seconded by the Presidency to serve 10 months (October 2002 to June 2003) as a senior gender and organisational development expert with the African Union (AU) in Addis Ababa, Ethiopia. In this capacity she provided technical advice for the mainstreaming of gender into the conceptual framework and the institutional structure and systems proposed for the AU. At the request of the AU, she formed part of the task force that proposed a new structure for the AU as it transformed from the Organisation of African Unity. The critical output was to ensure that the new structure delivered on the new AU mandate. This structure was adopted in part by the Maputo Summit in 2003.

She served as deputy director-general for governance in the Department of Public Service and Administration. She resumed this post after having been seconded by the department to assist the Ministry of Women, Children and Persons with Disabilities to establish that department. In this capacity, she drafted the strategic framework and coordinated the compilation of the new structure as well as submission of the 2010/2011, 2011/2012, 2012/2013 Medium-Term Expenditure Framework. In this process, she provided technical assistance in converting the Office of the Status of Women, Office of the Disabled Persons and the Office on the Rights of the Child into a national department.

As deputy director-general for governance in the Department of Public Service and Administration, she established the governance branch and successfully guided the international programme from a secretariat into a proactive international programme. She led the establishment of the Ibsa Working Group on Public Services and Administration, oversaw the anti-corruption programme and monitoring and evaluation. She drafted a proposal for a research directorate for the department. She supervised and drafted the first report on the Implementation of South Africa’s African Peer Review Mechanism Programme of Action.

Dr Kornegay also served as adviser to the deputy public service minister, and was responsible for heading a special project – the Review, Consolidation and Repositioning of the South African Public Service. This programme was national in scope and aimed at assessing whether the public service has sufficiently transformed to facilitate a developmental state in South Africa.

Concurrently, she wrote a report on the outcome of the study conducted by the National Task Team on Sanitation. This report, requested by the then minister of human settlements, highlighted findings on, among other issues, the status of the delivery of sanitation and the identification of irregularities and malpractices in the delivery of sanitation.

Dr Kornegay participated in the drafting of South Africa’s Fourth National Plan of Action for Children (2019 to 2024). In 2016 and 2017, she also conducted the annual assessment of South African applicants for the Fulbright Program, and shared in the supervision of second-year Unisa social work students.

Finally, in the last year of her life, Dr Kornegay was one of 17 researchers who participated in a six-month Sawid transdisciplinary research study on “Vulnerability and Indigence Assessment in South Africa: A Civil Society Emergency Response to Covid-19”, making her contribution in chapter five, on government delivery systems. The study was initiated by the late Dr Vuyo Mahlati, who was both a Sawid trustee and chairperson of the Sawid Development Commission.

Former Liberian president Ellen Johnson Sirleaf, who was the Africa regional director for the United Nations Development Programme when Dr Kornegay was in the Office of the Status of Women, developed an excellent working relationship with her and recently contacted her to acknowledge her decades of tireless dedication to gender equality in Africa. Our country and the continent has lost one of its most dedicated and hardworking servants dedicated to the wellbeing of its women.

Dr Ellen Whitehead Kornegay had buried her beloved husband, Professor Frances Kornegay, on 18 June 2021, and was admitted to hospital after testing positive for Covid-19 a few days after his funeral. Our deepest condolences to their son, Thabo Kornegay, the extended Whitehead and Kornegay families, and to the many thousands of people whose lives they both touched. We extend a most sincere message of gratitude to her for all the sacrifices she made to sustain and nurture the women’s rights and gender justice movement over many decades. The women’s movement is richer for her immense contribution, and so much the poorer after her departure. DM

Marthe Muller is CEO of South African Women in Dialogue.