Abahlali baseMjondolo: We need to build a just peace amid unrest in KwaZulu-Natal and Gauteng 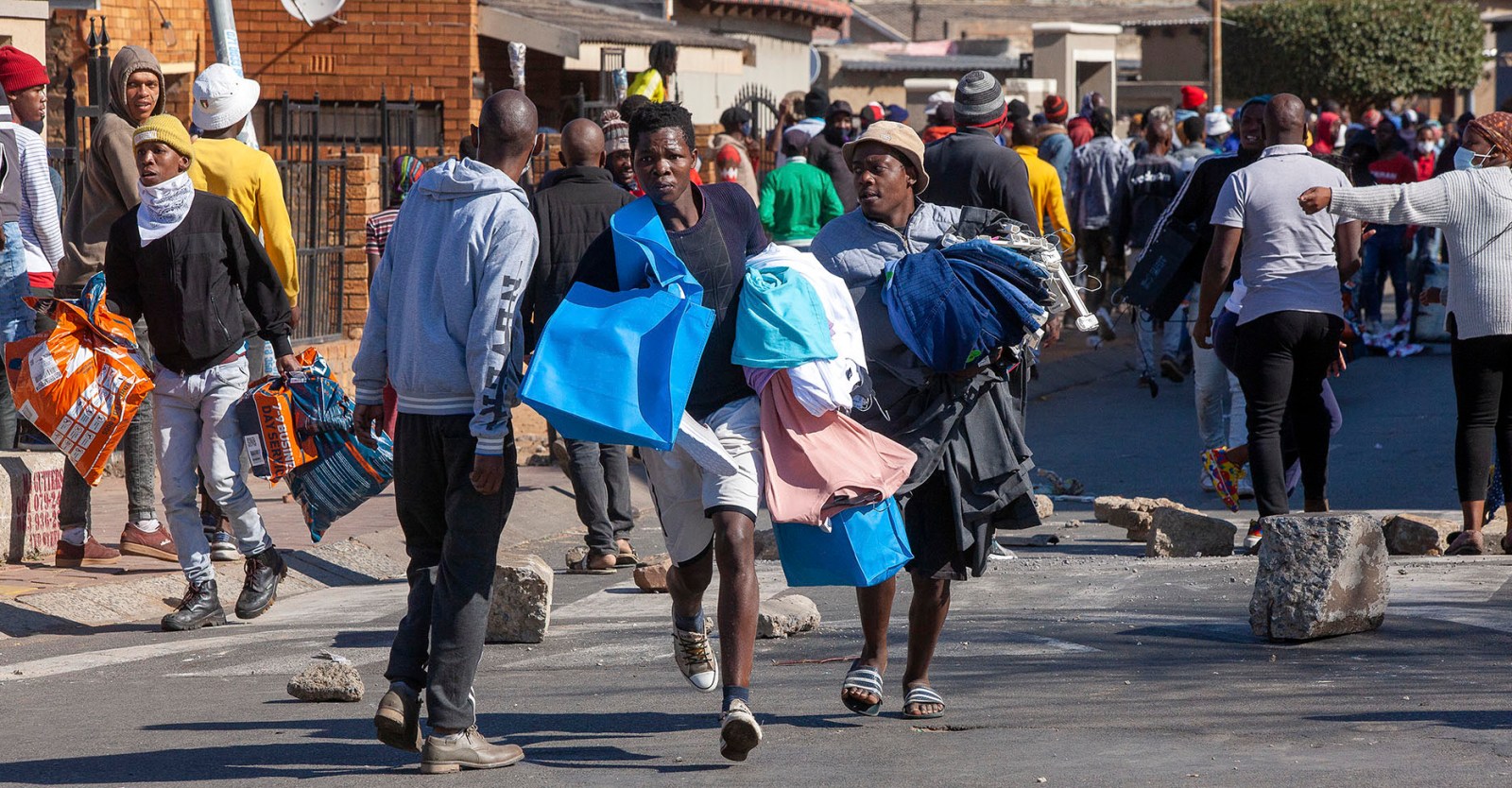 Looting in Ndofaya on July 12, 2021 in Soweto, South Africa. Shack dwellers organisation Abahlali baseMjondolo argues that the poor have suffered at the hands of government for years and that their peaceful protests against inhumane living conditions have either been ignored or met with violence. The organisation says the violent protests in KwaZulu-Natal and Gauteng are the result of the poor having been ignored for too long. (Photo by Gallo Images/Papi Morake)

Shack dwellers organisation, Abahlali baseMjondolo, have come out strongly against the current spate of violent unrest and looting saying that government had ignored the poor for too long.

“Abahlali baseMjondolo has always warned that the anger of the poor can go in many directions. We have warned again and again that we are sitting on a ticking time bomb,” says the organisation’s statement.

Abahlali said that for years the poor have suffered at the hands of government who have continuously met their peaceful protests against inhumane living conditions with violence. Now, protestors are revolting against government’s unjust responses.

The shack dwellers organisation said that its members have been made to feel as though they are “beneath the law” and have been subjected to brutal evictions and violence particularly from Ethekwini municipality. The organisation claims officials have ignored court orders against demolishing their dwellings and destroying their property.

Speaking to Maverick Citizen, General Secretary of Abahlali baseMjondolo Nomsa Sizani said, “We have used the courts to protect ourselves, without the law we would be ruled by political gangsters”.

They say that the current looting and rioting has nothing to do with former president Jacob Zuma and that the eruption of these protests only served to light the fuse of the poverty and unemployment bomb in the country.

(Read the report here on the uneasy calm prevailing in Gauteng on 15 July, 2021, following days of violent protests and looting.)

Abahlali highlighted that in October 202o the organisation marched through the streets of Durban demanding an end to corruption while accusing Zuma and President Cyril Ramaphosa of failing the country’s poor. They were ignored by government.

When asked whether the organisation would be open to working with government, Sizani responded, “We can work with our Government, if only they commit to a genuinely democratic form of engagement. We would like to see the bottom-up system used, not the top-down system. We would like to see land and job opportunities shared fairly to all SA, without choosing only the members of the ruling party…we will not be coopted  by Government to give them legitimacy though.”

The organisation summarised their position regarding the ongoing violence as follows:

“He did not protect us from this looting and burning of warehouses and malls…He also made a statement on television that the law enforcement and SANDF are deployed in the areas of the elites to protect the elites and their properties and not the large poor mass population.”