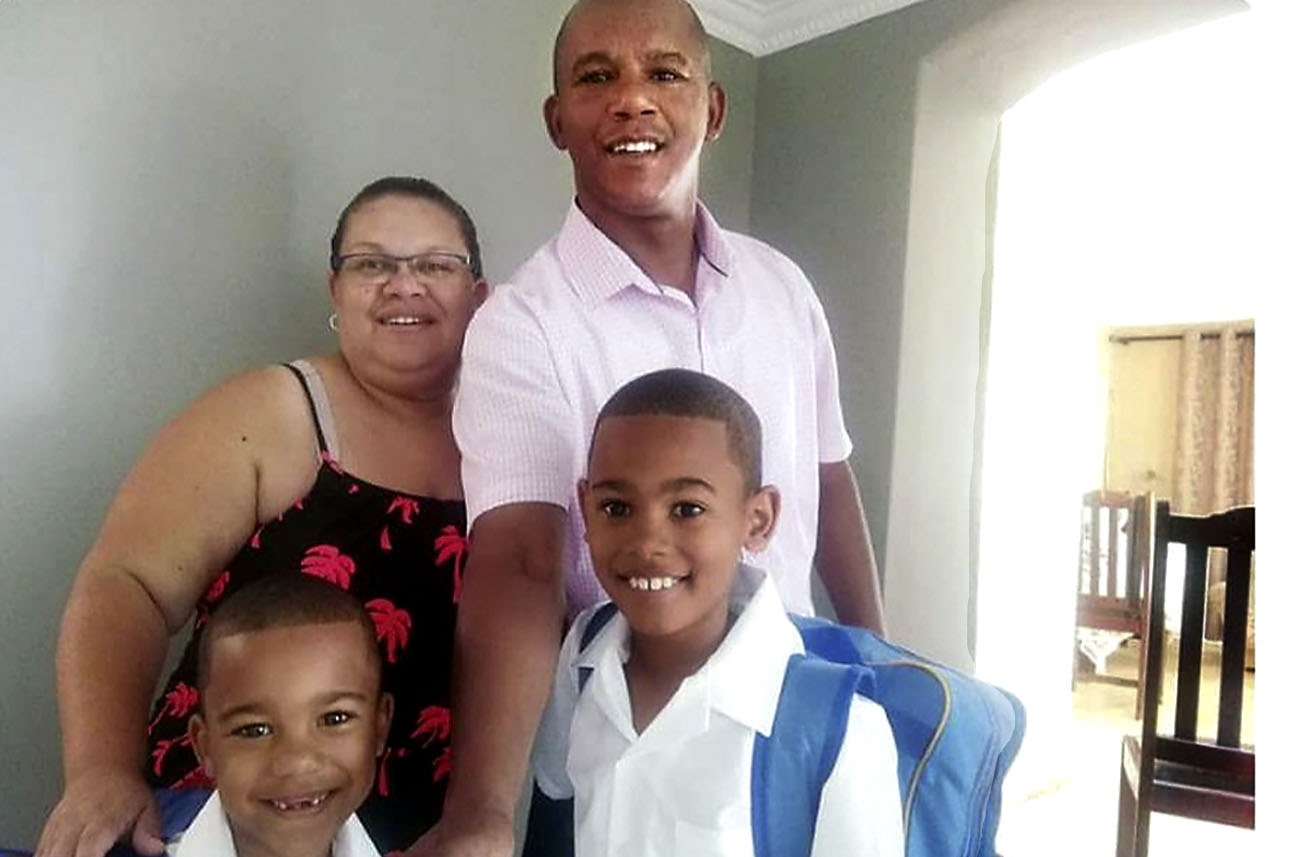 Lawrencia Samuels with her late husband Nico, with their children Lawrence and Kyle. Samuels died in the Rheinmetall Denel Munition explosion in September 2018 in Macassar in the Western Cape. (Photo: Supplied)

The widow of the supervisor who died with seven other workers at the Rheinmetall Denel Munition depot in Macassar, Western Cape, in 2018 breathed a sigh of relief on learning her husband was not to blame for the explosion.

More than two years after the blast at the N16 depot, workers who testified at a public inquiry said Lawrencia Samuels’ husband, Nico, was not to blame.

Samuels said it was a bitter pill to swallow after claims that Rheinmetall Denel Munition (RDM) had intended to blame her husband for the explosion.

In May this year, at the Section 32 inquiry called by the Department of Employment and Labour, testimony from fellow workers had been “music” to her ears, she said.

“Finally my husband has been vindicated. Sitting at the public hearings and listening to testimonies was like repeatedly opening a wound,” said Samuels.

After listening to workers clearing her husband of any negligence she wanted the company “to take responsibility because my husband was the most experienced person on duty on the day of the incident”.

Of the eight men who died, only Samuels and Isaacs were qualified. The other six men were “red armband” trainees.

The Samuels’ lived metres from the plant. Recalling the events that unfolded on that day, she said she had heard the explosion and had rushed to the plant.

En route she had passed scores of workers who lowered their heads when they saw her. When she reached the plant she overheard four women saying, “Nico’s wife is coming.”

Everyone standing outside the site knew that her husband had died in the explosion but nobody told her, she said.

Inside the site, one of her husband’s colleagues eventually informed her that her husband had died.

“On that night I stood by the door till the early hours of the next morning watching until the forensic people on the scene put out their lights. I waited for my husband to come home. It took me six months to fully realise that he is gone.”

She had hoped that the public hearings would bring final closure.

RDM carried out an internal investigation conducted by an experienced multidisciplinary internal team with external assistance and guided by the company’s statutory obligations under the Occupational Health and Safety Act.

According to investigation leader Rod Keyser, the probe established that during mandatory routine testing of “sub-lots” in the course of the manufacturing process it was discovered that one of these did not meet required quality standards.

But due process had not been followed and, instead, an attempt to rework the material was made by adding extra graphite to the propellant.

The investigation team also concluded that the most likely cause of the explosion was a build-up of “electrostatic electricity in a suspended graphite cloud”.

Human Resources Officer Rhoda Bazier, spokesperson for the group representing the eight dead workers, was also at the scene with family members of the deceased on the day of the explosion.

“Apart from hearing the truth about the incident at these public hearings, of more importance to the families is justice. Families want the company to take full responsibility. You must remember the funerals were all closed coffins. They were burnt beyond recognition. Families need answers to get closure,” Bazier said.

RDM underlined that safety had “always been and remains an absolute priority for RDM”.

RDM had embarked on an exercise to ensure that what was learnt from the investigation was incorporated into the health and safety management system at the site and, where possible, across the organisation.

RDM’s public relations officer, Ruby Maree, emphasised that key learnings would be shared across the industry, including internationally, to ensure that workplace safety was “continually improved as industry knowledge regarding applicable hazards is developed”.

RDM said it had supported the families “from the beginning by covering out-of-pocket expenses for visits during the mourning period, as well as taking over the cost of the funeral services”.

The investigation has been postponed because of the Covid-19 lockdown regulations.

Venessa Cupido, spokesperson for the Western Cape Department of Employment and Labour, has indicated that once the commission of inquiry has established what had happened, it will compile a report and send recommendations to the department’s Chief Inspectorate, which will hand over the report to the National Prosecuting Authority for its consideration in case there was negligence. DM/MC