South African retail sales rise in May — but looting... 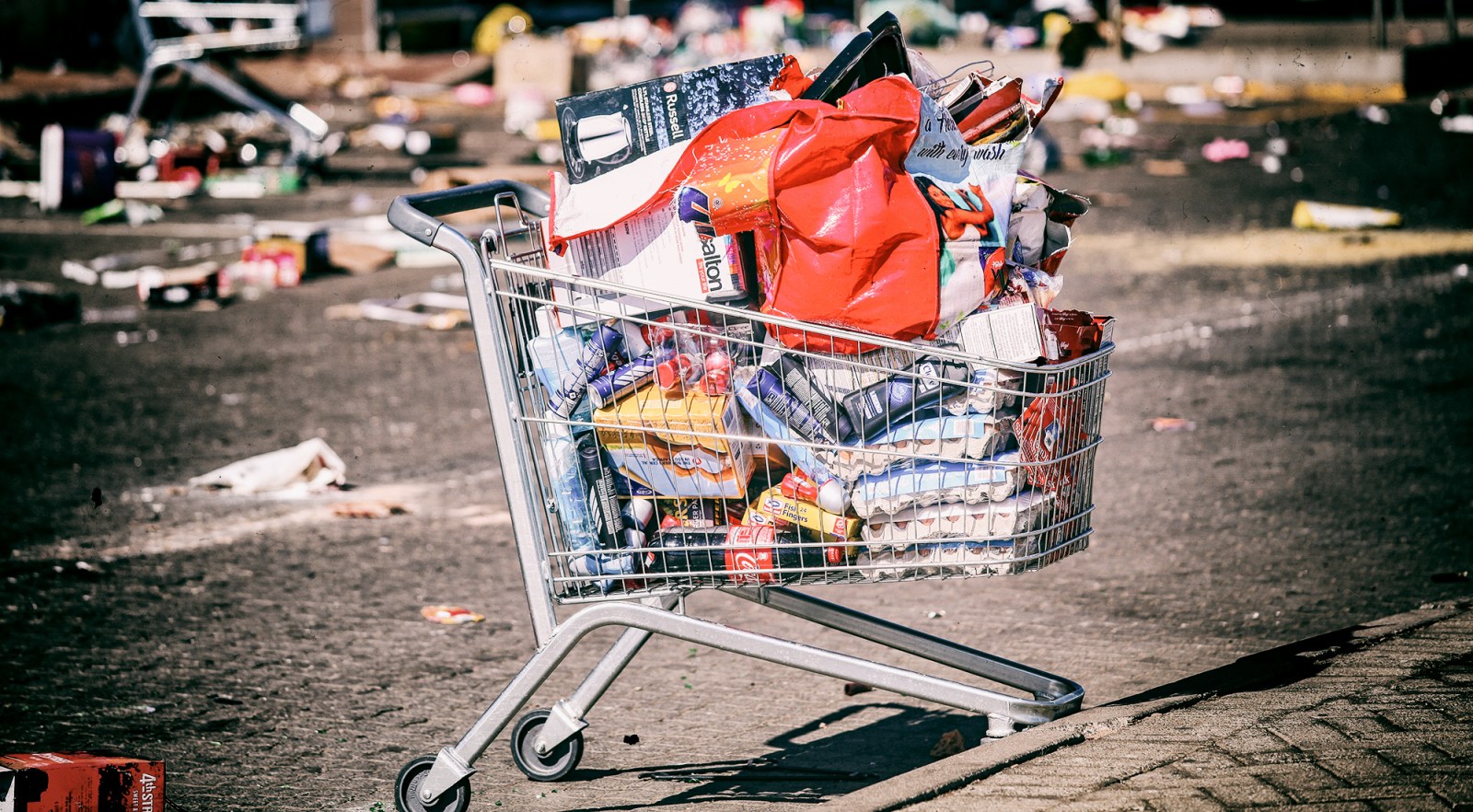 The aftermath at Chris Hani Mall during looting on July 13, 2021 in Vosloorus. (Photo: Gallo Images/Sharon Seretlo)

Retail trade accounts for a big slice of South Africa’s gross domestic product as well as employment, 15% and 20% respectively, and has been targeted by the government as a lynchpin for economic recovery.

South Africa’s retail sales figures for May swung back into growth territory, expanding by 15.8% year-on-year and growing by 1.5% on a monthly basis, according to Statistics South Africa, as consumers spent more on household goods and larger items such as furniture and appliances, although it is likely to be a “dead cat bounce” once the impact of the past week’s looting is tallied.

“Month-on-month seasonally adjusted sales volumes, which is a more meaningful measure under the circumstances and crucial for the calculation of quarterly GDP growth, jumped to 2.1%, following declines of 0.6% and 4.4% in April and March respectively,” said senior economist at FNB, Siphamandla Mkhwanazi.

“This will partially offset the loss in momentum in mining and manufacturing output reported earlier this week,” he said.

Retail trade accounts for a big slice of South Africa’s gross domestic product as well as employment, 15% and 20% respectively, and has been targeted by the government as a lynchpin for the economic recovery, with the National Treasury holding off on personal tax increases and the Reserve Bank dropping lending rates to record lows to stimulate consumer spending.

But a combination of tighter lockdown restrictions due to the country’s slow Covid-19 vaccination programme, a rise in unemployment and stagnant wages has kept consumers largely on the sidelines, especially when it comes to big-ticket purchases. Banks have also tightened lending criteria despite the easy money from the central bank, holding back on-credit sales.

The recent mass looting and public unrest around the country, which has severely affected supply chains and forced hundreds of shops to close, is likely to hurt retail sales in the coming months. Consumer and business sentiment are also likely to suffer, dragging down GDP growth with it.

“SA’s GDP growth could be 0.4 percentage points lower this year due to this week of significant disruption in KZN and Gauteng. This adverse effect on regional business activity and supply chains has put 50,000 jobs at risk,” said PricewaterhouseCoopers in its Economic Outlook, published on Tuesday. DM/BM