MEC pleads with KZN communities to protect hospitals as... 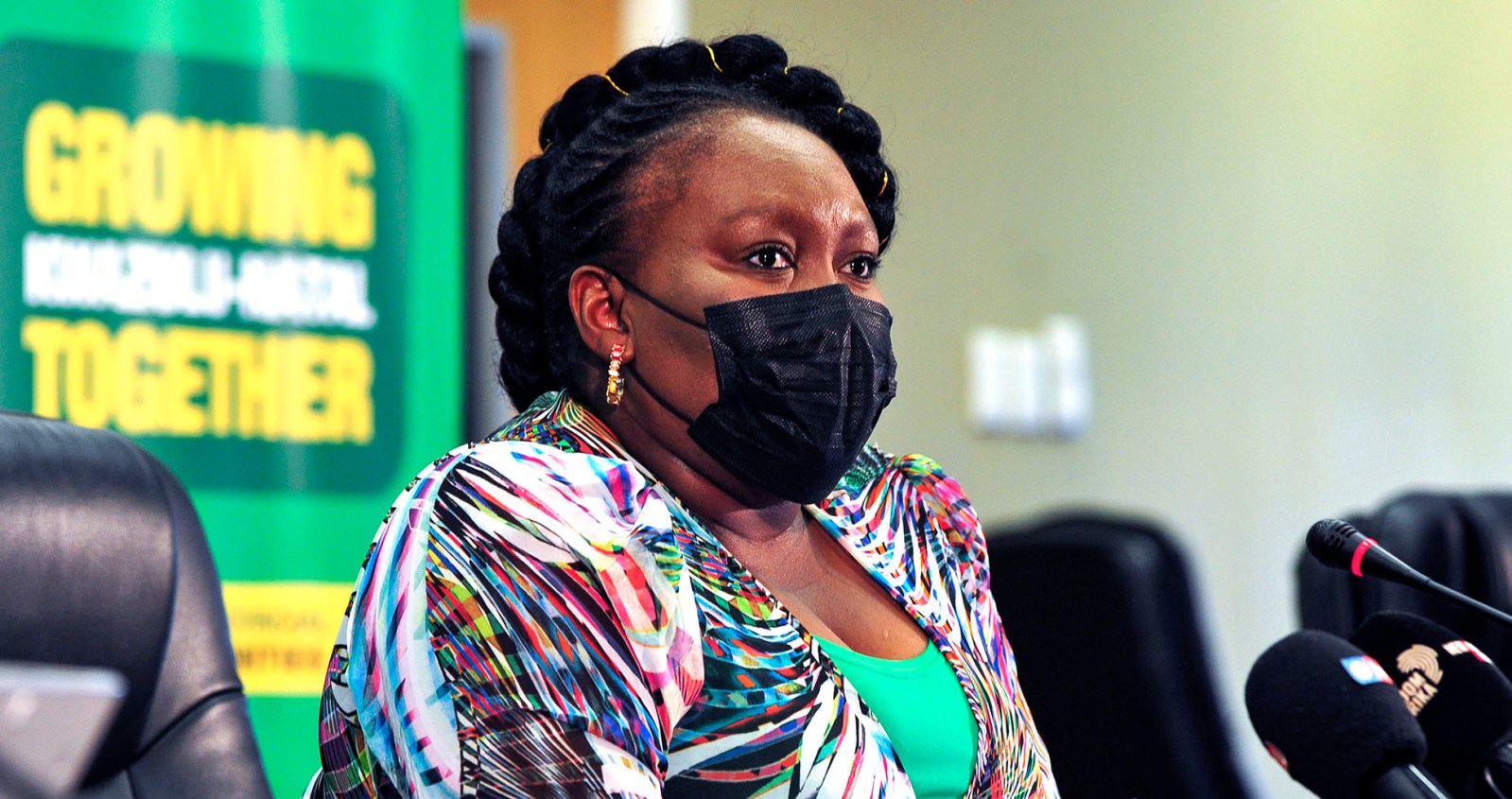 The MEC for Health in KwaZulu-Natal has delivered an emotional plea to the community for protection as protesters threaten to burn the province’s hospitals, which are running out of food and face an oxygen shortage.

KwaZulu-Natal MEC for Health Nomagugu Simelane has pleaded with communities to protect hospitals, saying they have received information that protesters are planning to burn down the province’s hospitals.

Protesters had hijacked a truck with food meant for a hospital and stolen all the supplies. Simelane said they are requesting that soldiers guard hospitals and escort vehicles to hospitals.

“We cannot go on like this,” she said. “We will start losing lives.”

“We have also begun a process of engaging with hospital boards, who are community-based, to help us reach out to the public and get them to protect our staff and our health facilities.”

She added that they were talking to taxi associations to help them get free passage for health workers to their hospitals and clinics. Simelane said health workers who can’t get to work can now report to any medical facility “to bolster capacity”.

Simelane said many hospitals were running out of food and would soon have an oxygen crisis if nothing changes.

She painted a bleak picture of the state of public healthcare in the province, with a few days of oxygen left for Covid-19 wards, some facilities running out of food and nurses trapped in communities and unable to get to hospitals.

She added that the province faced running out of fuel, which will have a heavy impact on emergency medical services.

There had been a big increase in people needing urgent medical help after being stabbed, shot, burnt and run over by vehicles.

“The blockading of provincial and local routes has had a severe chain reaction, with potentially dire consequences for our compatriots.

“It has had a direct bearing on the prospects of recovery for those who are sick or injured, and for those who need to go into life-saving medical procedures.

“For the past three days or so, many of our staff members have been confronted by an untenable situation whereby they have been unable to come to work, or go home (for those on night shift), due to the blockading of access routes. This has resulted in only skeleton staff being able to work at our health facilities. Many of those on night shift have had to find a way to sleep at our facilities, and continue working when their shift starts.”

Simelane said many facilities were unable to perform X-rays and no referrals to specialist care were being made as patient transport had collapsed.

“This resulted in some people losing their lives because we could not transfer them.”

She said surgeons and other medical specialists are unable to work, and forensic pathology services are battling to reach scenes where people have died because of violence and trauma.

“They have also not been able to collect bodies from clinics that do not have mortuaries, due to the fact that they are unable to move around. We are also concerned about the impending shortage of fuel, which could mean that our EMS and mortuary vehicles are not mobile.”

Simelane added that their staff members had been threatened, attacked and robbed and some healthcare facilities had been vandalised.

“Direct threats have also been received by staff at various hospitals and clinics including Edendale, Osindisweni, Mahatma Gandhi Memorial Hospital, and KwaDabeka Community Health Centre. The majority of clinics that are run by eThekwini Municipality have had to be closed due to the unrest,” Simelane said.

One ambulance had been gutted by fire and another stoned.

“Yesterday, an ambulance transporting a maternity patient was stoned while passing through Nongoma town. It sustained a broken window on its sliding door. Thankfully, the patient and our staff members were not injured.”

Health facilities have enough food only for the next few days, “with the possibility of shortages as time goes.

“We do, however, have a contingency plan. We cannot elaborate on this, due to security reasons; suffice to say that we will do everything possible to ensure that our patients have enough food.”

At this stage, she said, there was still enough medicine.

Active cases of coronavirus infections were increasing by more than 1,000 each day, but this might be an underestimation because testing and data collection had been interrupted.

“As a department, we are concerned that if nothing changes, we may start losing many lives unnecessarily,” Simelane said.

“The people who have caused all this destruction have names and faces. They live somewhere, and are known to somebody. Regardless of the circumstances, surely they have hearts and minds that should have known not to do what they did – but also, they should know when to stop. That time has now come.

“There are scores of people in our hospitals who are fighting for their lives, who need to be attended to by our doctors and nurses as a matter of urgency. Some are in critical condition in ICU, while others are in labour and need to go into theatre.

“We are therefore pleading with our communities to protect our facilities, to protect our healthcare workers, so that no one interferes with them while they’re doing their jobs,” she said.

Doctors Without Borders (MSF) on Wednesday expressed their deep concern over the impact of civil unrest in Gauteng and KwaZulu-Natal on healthcare services.

“We call for immediate steps to safeguard the right to healthcare and safety of patients, healthcare workers, medical infrastructure and supplies to avert a drastic escalation of the current Covid-19-driven healthcare crisis,” their statement read.

MSF said there had been disruptions in every district of KwaZulu-Natal, where staff cannot work because of public transport stoppages, road closures and the suspension of private ambulance services.

“Emergency departments, already stretched by a surge in Covid-19 cases, are overwhelmed due to staff shortages and a huge influx of trauma cases linked to the violence, forcing doctors to choose who receives life-saving treatment, and who does not,” their statement continued.

The MSF team was blocked from assisting with the Covid-19 response in the province, according to the statement, and a decade-old HIV/TB programme had to be abandoned after the team was threatened.

“Our partner organisation, Shine, had their offices damaged and looted and our team managed to hide two of our medical transport vehicles from looting occurring on the same street as our office. One of our doctors, caught in the melee of looters, was tear gassed,” the statement continued. DM/MC