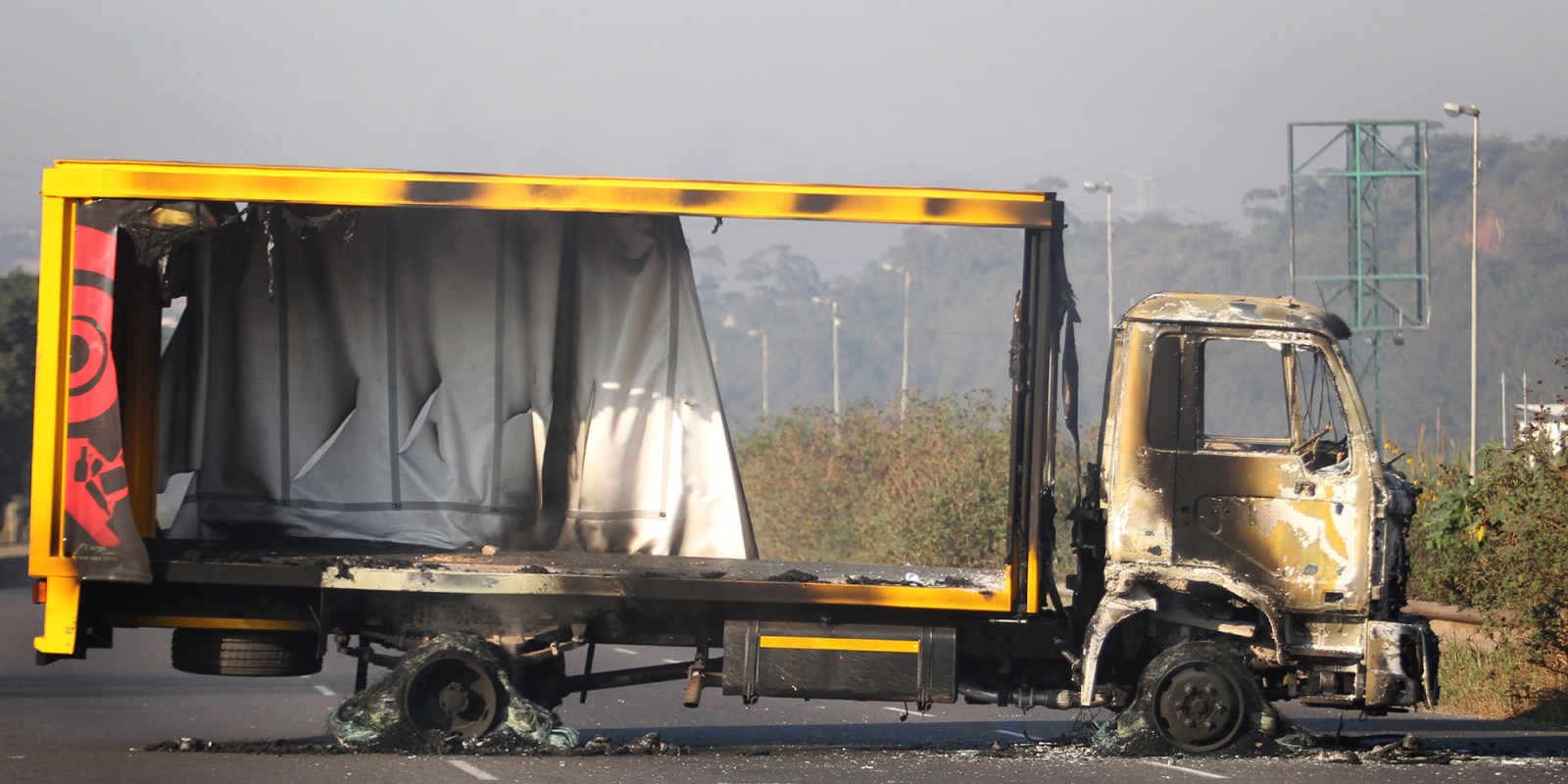 South Africa’s inland provinces, especially the economic heartland of Gauteng, are on the brink of severe fuel and food shortages, with key supply routes from the KwaZulu-Natal coast – the N2 and N3 – blockaded by rioters, preventing trucks carrying petrol, diesel and fresh produce from moving.

Since the riots began last week, following former president Jacob Zuma’s imprisonment for contempt of court, dozens of goods trucks have been targeted by roving crowds, stripped of their cargo, and more often than not torched or dismantled for parts.

The Road Freight Association warned that the damage to trucks as well as lost income could run into billions of rands, while ongoing delays could result in shelves in shops and shopping centres standing empty.

“Depending on the category of vehicle, the type and value of cargo, and the specialised equipment required for the cargo, this can be anywhere between R3-million and R10-million per vehicle,” said the association’s chief executive, Gavin Kelly. “A simple calculation of capital losses of the 40 trucks destroyed to date amounts to between R250-million and R300-million.”

A number of operators confirmed that the N2 and N3 highways remained closed to them by rioters, with burning tyres and debris strewn across the roads to prevent vehicles from passing.

“There will be shortages,” Kelly warned. “The looting and destruction of retail points, from small businesses to large malls, from regional to national distribution centres and warehouses, will force closures.”

The Consumer Goods Council of South Africa also warned of food shortages, saying up to 800 retail stores had to date lost an estimated R5-billion.

“The disruption to and closure of key transport routes can potentially affect the supply chain of retail products, which could in turn create shortages of basic commodities throughout the country,” it said.

The crowds have also targeted manufacturing sites, forcing oil refineries that refine crude to petrol to shutter operations. Inland provinces get most of their fuel trucked in from the coast. On Wednesday morning, long queues formed at a number of petrol stations in Johannesburg as consumers looked to fill up before supplies ran dry.

On Tuesday, South Africa’s largest crude oil refinery, Sapref, said it was shutting down and declaring force majeure on contracts in the face of the ongoing social unrest. BM/DM