A neoliberal policy of exclusion: It’s time for South Africa’s energy plan to redress past injustices 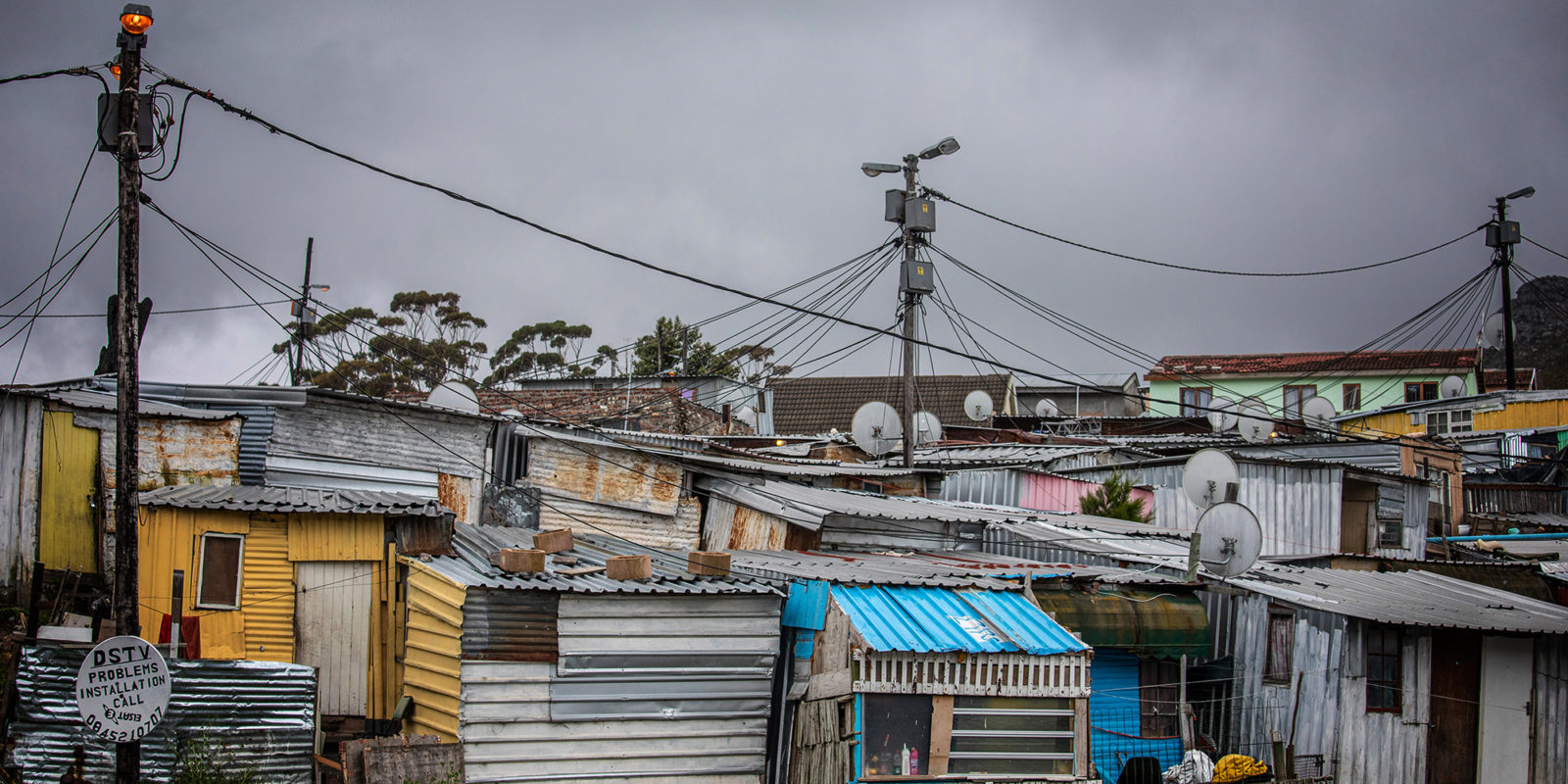 President Cyril Ramaphosa’s announcement that energy licence requirements are to be relaxed is welcome — but this will be a hollow victory if the government does not build policy instruments that guarantee the involvement of ordinary South Africans in the profits associated with our energy transition.

Stanley Semelane is a senior researcher at the CSIR.

This was double the threshold the South African energy industry had been calling for. Until now, in terms of the ERA, you did not require an electricity generation licence if you generated less than one MW.

Mantashe’s March announcement of the Risk Mitigation IPP Procurement Programme (RMIPPPP) included the cherry on top of the announcement to relax the self-generation licence requirements up to 10MW. For residential users, this is significant: the 10MW electricity exemption means almost all South African households would be able to generate their own power, subject to affordability.

The reality is that at least 80% of renewable energy jobs are temporary. Additionally, existing local industries are not positioned to expand their portfolios towards renewable energy components. For example, South Africa has an exceptional automobile sector that exports vehicles to the European market. However, many existing entities in the sector are not in a position to venture into the opportunities presented by the renewable energy sector. Instead, new industries are set up and funded through financial development institutions such as the Industrial Development Corporation and the Development Bank of Southern Africa.

As we celebrate Mandela Day next week, we must ask ourselves a number of questions: Have the aspirations of Nelson Mandela been achieved in this country? Why are we still an unequal society after 27 years of democracy? Is the government comfortable with the exclusion of the poor in the mainstream economy? Why has economic transformation been such a bottleneck in the South African democratic state? What needs to be done to urgently reverse the economic injustices that black people continue to suffer in this country? Is “white privilege” something that most white economic beneficiaries are comfortable continuing to enjoy? Who should own the utility-scale and distributed generators? Is it acceptable for the government to continue to entrench economic inequality through its policies and decisions?

In my view, the black management control aspect of the independent power producers (IPPs) is a piece of machinery that has the effect of compensating those who are politically connected to the administrators. And in a few exceptional circumstances where local communities have stakes in renewable investments, people who have no knowledge of the sector fight to control how the accrued benefits should be spent.

Ramaphosa was celebrated for adjusting the energy generation licence requirements. This helps to diminish the vertically integrated power utility monopoly system — a course with which I fully agree. But does unbundling of the country’s energy system mean that we will see the end of load shedding? Not at all.

Load shedding will still be with us for some time, especially with the weakening energy availability factor (EAF), which was at more than 70% in 2018. Nevertheless, from an economic recovery position, the self-generation licence exemption up to 100MW is a great step that will allow commercial and industrial energy users to generate their own electricity without any licence requirements. But it won’t affect the majority of South Africans, who will continue playing the same role they played before as the workforce.

However, this will significantly reduce dependence on the national power utility which has failed to meet the country’s power needs for reasons that we continue to hear on a daily basis. For South African neoliberals, this is good news which is projected to have a positive impact on much needed economic recovery. The productivity of commercial and industrial power users is expected to increase when they start generating their own electricity.

But where is the benefit for the majority of South Africans who are still excluded from strategic economic activities? It would have been better if Ramaphosa had explicitly defined the role that the poor would play in this unfolding energy transition. We have to ask if this energy transition is a just one, or if it continues to perpetuate the economic exclusion of poor South Africans.

In addition, the change means that local component manufacturers, importers and original equipment manufacturers who participate in solar PV installations and maintenance services are likely to enjoy the projected economic benefits that will result from the increased adoption of solar PV.

The uptake of other forms of distributed generation by the business sector is expected to increase, such as the adoption of hybrid systems that might comprise hydrogen, wind, solar PV, biogas, diesel and batteries. The impact of such an uptake would result in increased local manufacturing and production outputs.

Again we ask: Who will benefit from this policy amendment? The country’s economic system and available funding opportunities continue to exclude most ordinary South Africans.

Does this meet the ideals Nelson Mandela fought for? Why are these abnormal circumstances allowed to continue?

Renewable energy enterprise development and socioeconomic development have had a positive impact on communities that are located in remote areas. However, some suppliers that have benefited from these initiatives continue to perpetuate the unjust practices that Mandela fought against.

The economic diversification opportunities that could be derived from an inclusive just energy transition have the potential to create new economic activities for those who might otherwise be losers in the energy transition.

Without taking anything away from the president’s celebrated announcement, right now it is fitting to say the South African energy transition promotes neoliberal policies; it perpetuates the exclusion of the majority of South Africans and encourages the “charity case syndrome”, where the poor are expected to be happy to live on what is given to them, whether you call it “enterprise development” or “socioeconomic development”.

The execution of the South African energy transition to date has been unresponsive to the injustices of the past and has failed to change the economic conditions that most South Africans find themselves experiencing on a daily basis.

From a rural electrification viewpoint, the uptake of mini-grid systems offers a chance to resolve the energy access challenges that are still a reality in most South African rural communities.

The neoliberal movements have argued that this would result in positive economic spinoffs that would stimulate rural economic development. This is correct. However, the question of the ownership of these distributed grids is not discussed. As a result, we are embarking on an energy transition without policy instruments that will guarantee the involvement of ordinary South Africans in the actual profits associated with the transition.

I believe we need to use energy policy to ensure that we clearly outline the following:

The “iceberg theory” posits that we deal with the things we perceive with the naked eye. The recent violent looting that we have seen spreading under the #FreeZuma campaign is just the tip of the iceberg of many underlying issues that South Africans are faced with daily. These things are either ignored or intentionally overlooked.

While we need to condemn criminal activities and looting, we also ought to deal with the root causes of these emerging unlawful trends. The arrests that we have seen thus far only deal with the tip of the iceberg. They do not address the fundamental issues of inequality in this country. This problem cannot be suppressed any longer — structural economic reforms are urgently needed in South Africa.

Things can only get worse if we stay where South Africa is right now. But the future could still look brighter. As Mandela said, “As long as poverty, injustice and gross inequality persist in our world, none of us can truly rest.”

South Africa must take this moment to reflect and begin to objectively address the injustices of the past that are still the lived experiences of millions of poor South Africans.

The ongoing energy transition provides an opportunity to fundamentally transform the lives of the poor and promote economic inclusivity in strategic economic sectors. DM

A neoliberal policy of exclusion: It’s time for South Africa’s energy plan to redress past injustices