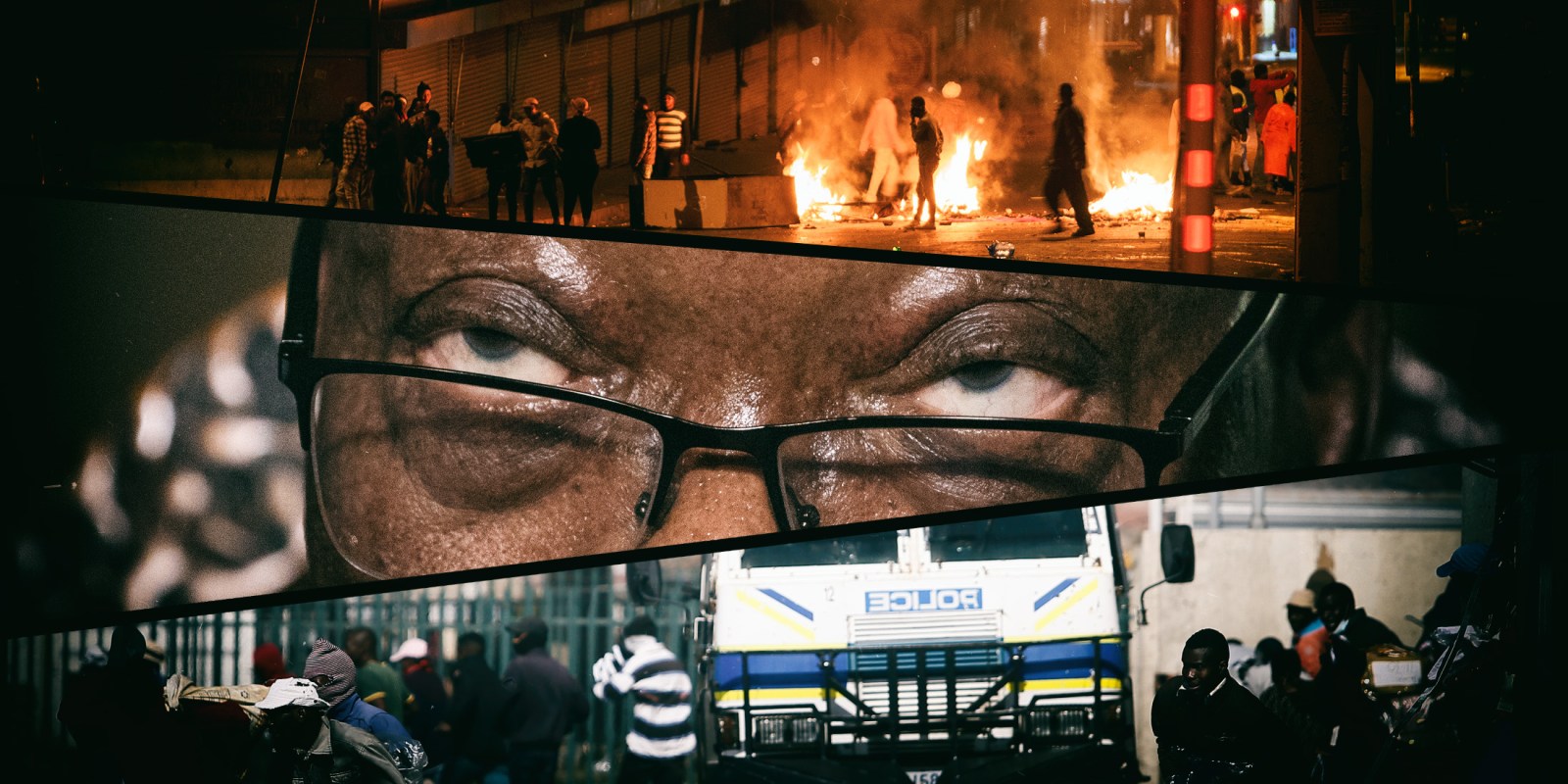 Mediators have been working behind the scenes to smooth over the bad blood between the ANC and the Zuma family, party Deputy Secretary-General Jessie Duarte said.

There is a love-hate feeling from the ANC towards one of its members, Duduzile Zuma-Sambudla, who has been sending out tweets calling on people to “let it burn” and warning: “you shall reap what you have sown” — by implication directed at President Cyril Ramaphosa.

ANC Deputy Secretary-General Jessie Duarte at a press conference on Monday, following a meeting of the party’s National Executive Committee (NEC), described the ANC’s relationship with the family of incarcerated former president Jacob Zuma as “good” and without antagonism. But she admitted that it was necessary to call in a mediator “who is talking to us and members of the family trying to calm down the anger of the family members a bit”. She didn’t give any details on whether it was working.

She said the ANC was concerned about the tweets of some members of the Zuma family, which some have said could have been seen as fanning the violence.

“We have seen the tweets,” Duarte said. She added that these didn’t only originate from Zuma-Sambudla, who wears an ANC doek in her profile picture, but from five others.

“She will have to answer and explain what her tweets mean and where they’re going to lead to,” Duarte said.

“Some are claiming that the tweets are fake, but if they are fake, then you remove the tweets and you don’t let it run for days on end.”

Duarte admitted there was factionalism in the ANC, but said Zuma’s imprisonment could not be used as an excuse for causing chaos.

“You cannot factionalise comrade Zuma, because it’s difficult for all of us that a leader of our movement is sentenced to 15 months for contempt of court,” she said. “[The violence] has its nexus that people began by being angry about the arrest of comrade Zuma and it fanned out from there.”

Duarte contradicted assertions by Ramaphosa that the violence was tribal, saying that Zuma would not support this and that the wearing of traditional clothes, as supporters had done at Nkandla on the Sunday before Zuma was imprisoned, was “normal”.

Duarte said: “We all met today in the NEC and we were unanimous that we don’t want to see this violence and we condemn it unanimously.” In a structure in which there have been what the party sometimes euphemistically terms “robust debates”, such unanimity is rare and implies that the party is not openly divided on this issue.

Responding to a question over claims from ANC members that the violence and looting were fuelled by certain pro-Zuma ANC branches, Duarte said the leadership had “not detected structures of the ANC sitting down and having deliberate discussions to create this wave of violence”.

She added: “We must honestly say there are individuals who have been identified and handed names to police for investigation. We can’t deny that there has been a brewing of this, and it is unfortunate, because no amount of anger, frustration can move you to do this amount of damage that has been done. There is no recovery in any sense for many people.”

Duarte explained that, according to the ANC, there were “five to six” people in KwaZulu-Natal who had fuelled the looting, a “sub-region in Soweto with one person who is very vocal, very strong” and “one person in a sub-region in Mpumalanga”.

She said, “These are the people who are linked to the people who insist on 35% of the money that comes from local government [tenders]” and “it’s a bit more complex than a simple matter of ascribing it in the ANC”.

She said lists of places to be targeted circulating on social media showed that the looting had been planned because 80% of the places mentioned on those lists had been hit.

Hinting that the mainstream media should do some soul-searching too, Duarte said messages were repeated on social media as well as on traditional media and this “inspires these acts of wanton violence”.

The ANC in its statement also said that the violence and looting had a damaging effect on the economy and livelihoods — and that poor people could be making themselves poorer through these actions.

“Although there may be opportunist and adventurist acts of looting driven by hardship and poverty, the poor and marginalised will bear the brunt of this looting and destruction as critical public services are being disrupted, jobs are lost, access to safe and reliable public transport is being interrupted and several small businesses have been destroyed,” the party’s NEC said in its statement.

It called on law enforcement authorities to bring instigators to book and promised: “The ANC will act against any people within its own ranks who have fanned the flames of these uprisings and called for, or are in any way involved, in inciting such violence.”

The statement said while the NEC acknowledged that Zuma’s imprisonment was a “source of tension for some of our members”, its leaders “nevertheless urge members to remain calm and desist from acts which divide and weaken the organisation”. DM