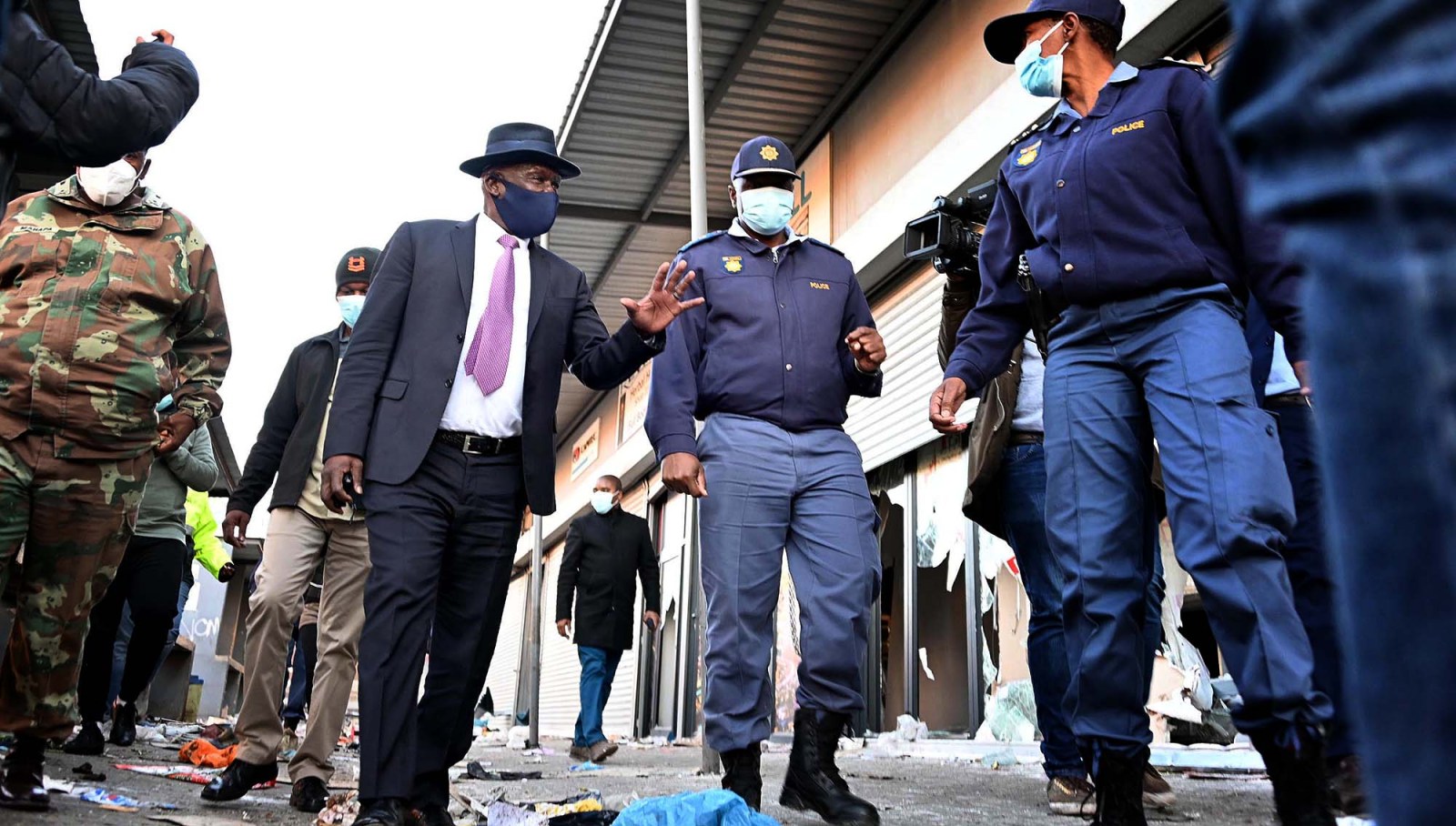 Austerity-type cuts to police and army budgets in 2021 due to Covid-19 contributed to the slow response by authorities to the looting that erupted in parts of KwaZulu-Natal and Gauteng since the weekend, analysts said on Tuesday.

In the 2021 Budget in February, National Treasury slashed the baseline allocation to the police services by close to R12-billion, while money to the South African National Defence Force (SANDF), deployed to Gauteng and KwaZulu-Natal late last night to help police contain the looting, was cut by R15-billion.

Over the next three years, according to the SA Police Service’s annual report, allocations will be reduced by R15.8-billion next year and by R11.5-billion in 2023, as part of government’s cost-cutting plan after the pandemic blew a hole in revenues and economic growth.

Gareth Newham, an analyst at the Institute for Security Studies, said the cuts had particularly affected the police units dealing with protests.

“The budget cuts started already a couple of years ago, so the planned expansion of the public order units was drastically curtailed. They were supposed to be about double what they are now,” Newham said.

“But it’s also a matter of planning and efficiency. Police budgets increased around 65% between 2012 and 2020, but most indicators show a deterioration of policing functions.”

During a media briefing on Tuesday, defence minister Nosiviwe Mapisa-Nqakula admitted that the deployment of only 2,500 army personnel was a result of financial constraints. At the same briefing, police commissioner Khehla Sitole said the army would deploy “level 3” public order units, the same units that have seen heavy budget cuts.

Meanwhile, political analyst Ralph Mathekga said there was already evidence that police were struggling to cope with protests, and that the scale of the current unrest – in his opinion, driven by hunger and unemployment – would stretch them even further.

“Remember, the Russian Revolution started over food. There’s a lot of anger, especially among the youth, and the economic impact of the pandemic has been severe. It was hasty of President Ramaphosa to classify this as ethnic mobilisation,” said Mathekga.

“And our police force is stretched every day. You have about three protests daily in the country, so this was to be expected.”

On Monday the World Bank said South Africa should consider reinstating some of the cash grants for at least 12 months to mitigate the impact on incomes of the poor.

In April the government withdrew the Social Relief of Distress grant of R350 a month, and has said that its transformation to a universal basic income grant was unaffordable. The most recent Nids-Cram survey found that 13.4 million respondents reported hunger in their household at least once since the study was started last year.

“These are the results of austerity,” said independent economist Duma Gqubule.

“It’s deeply affecting our ability to respond to the violence you’re seeing. You have an overlapping humanitarian and economic crisis. We shouldn’t mistake this for a security crisis alone.” BM/DM