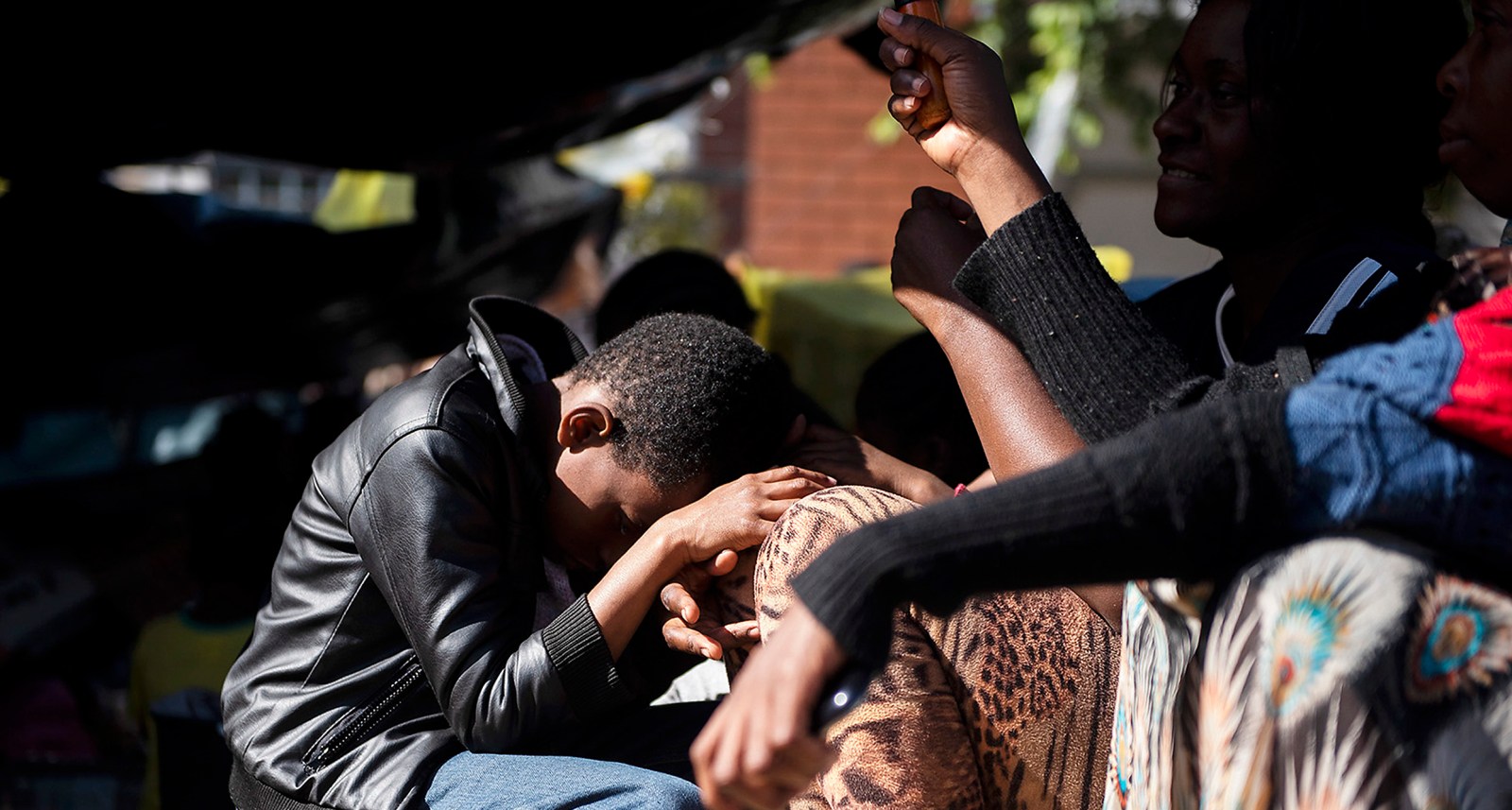 Some refugees say they have been told that their only hope of renewal is to bribe people who “have connections” with Home Affairs officers, for up to R1,500. (Photo: Gallo Images/Alet Pretorius)

Home Affairs’ online permit extension system was meant to come to the rescue of many asylum seekers and refugees whose permits have expired since refugee reception centres closed due to the Covid-19 pandemic. But the online renewal system is not going as smoothly or as efficiently as hoped.

Initially, the department had extended the validity of expired permits to 30 June 2021. Then on 28 June it extended them to 30 September. But GroundUp was told by refugees that many employers and institutions are unaware of the blanket extensions and only believe the expired dates they see on the refugees’ permits.

According to a March 2021 press release from the United Nations High Commissioner for Refugees, there are 266,946 refugees and asylum-seekers in South Africa. According to the Scalabrini Centre of Cape Town, an annual average of 63,339 people made asylum seeker applications in South Africa between 2009 and 2019, and as of 2019, there were 89,588 people holding refugee status in South Africa.

But refugees told GroundUp they are struggling with the online renewal system, and have not received a response from the department despite submitting their documents online.

Lawyers for Human Rights (LHR) says the department’s online strategy is “falling short of being comprehensive, inclusive and properly resourced”. LHR Manager Refugee and Migrant Rights Programme Sharon Ekambaram said many asylum seekers have contacted them with complaints. LHR has raised the issues with the DHA.

“The fact that many people cannot afford the data needed to firstly scan documents and then send it online has not been taken into account.

“We are also concerned that the DHA’s capacity is questionable as we are getting requests for help from a number of asylum seekers who are not getting an automated response as should be the case, and then those who do, are left waiting for long periods of time,” said Ekambaram.

“The obvious concerns we have raised with the department is this makes for lucrative business for internet cafés to charge fees to desperate vulnerable asylum seekers to get access to the internet and even to get access to emails.”

Ekambaram said LHR is working with Jesuit Refugee Service in assisting people who do not have access to emails, scanning and cannot afford to pay Postnet and internet cafés.

The LHR had also noted that many permit renewal emails sent to the DHA remained unanswered.

“We get testimonies of people who appear to be from DHA asking for payment when this is meant to be a free service,” said Ekambaram.

The Legal Resource Centre (LRC) has also questioned Home Affairs’ capacity to handle the online renewal system. Zimkhita Mhlanho, attorney at LRC, said, “We received responses from about 250 clients who had applied and the majority had not received an automated acknowledgement of receipt of application nor any kind of correspondence. There were few who had received the automated response and thereafter received their renewed asylum/refugee permits within a week or two.

“The failure to even acknowledge that an application has been received places a lot of clients in a frustrating and compromising position,” she said.

Asylum seekers in Gauteng told GroundUp they have not even attempted to submit their applications because they have no access to the internet, while others said they are computer illiterate. They say having permits that have expired on paper causes them endless problems.

LHR’s Ekambaran said, “Even though various communications were published [by DHA] announcing class extensions of all permits, asylum seekers suffered the indignity of being refused access to basic health care; matrics struggled to register with expired documents; and banks closed accounts, to name a few [of the] consequences.”

Ekambaran said this was due to the fact that DHA had no strategy to inform the public of the gazetted notices of extensions. She said some refugees with renewed permits are also struggling because people were not informed about the look of the new emailed permits.

Some refugees say they have been told that their only hope of renewal is to bribe people who “have connections” with Home Affairs officers.

“My brother got his permit renewed recently for R1,500,” an Ethiopian man (name withheld) living in Brakpan told GroundUp.

“We are now raising money to also renew mine. It’s the only way people are getting their permits renewed fast. My brother knows one officer at the Pretoria refugee centre. He emailed his paper directly to the officer and wired money to them, that is how he got his paper. With no connection nothing is working, everyone in our Ethiopian community is saying that.”

He said he is too afraid to leave his shop because his permit shows an expired date.

“My brother is the one who goes out because he managed to renew his paper. But he said when he produced his asylum paper in the shop where he normally stocked goods, the shop owners doubted that the permit was real because it was a printed copy [from email attachment],” he said.

Jon Asabo, who lives in Springs, said, “I have heard people say that asylum permits were being renewed on the internet but some of us have no knowledge of computers. I will have to wait for the refugee office to open, but at times we are afraid to even go to the mall.”

He said some community members had threatened to close his shop a month ago during a protest because the date of validity on his permit is 2019.

Fikadu Abata Lodebo, who is based in Diepsloot, said, “Every time I went to try and get my permit up to date at the refugee centre in Pretoria l had no luck. Come lockdown, the centre closed. Now, l do my best to hide from police.”

He said he was also aware of people who said they had managed to renew their permits for “a fee”. But they worry about the validity of their permits.

Somali community leader in Brakpan, Jomo Ali, said all 50 people in their community had not received a response from Home Affairs. He is struggling to register his daughter at a private school because his permit reflects an expired date.

GroundUp visited the Desmond Tutu Refugee Centre in Pretoria last week. A vendor who did not want to give her full name admitted that she worked with an officer inside whom she referred customers and claimed a share of the money. Officers would make renewals for R1,500 she said.