Lukhanyo Am to lead SA ‘A’ in unofficial fourth Tes... 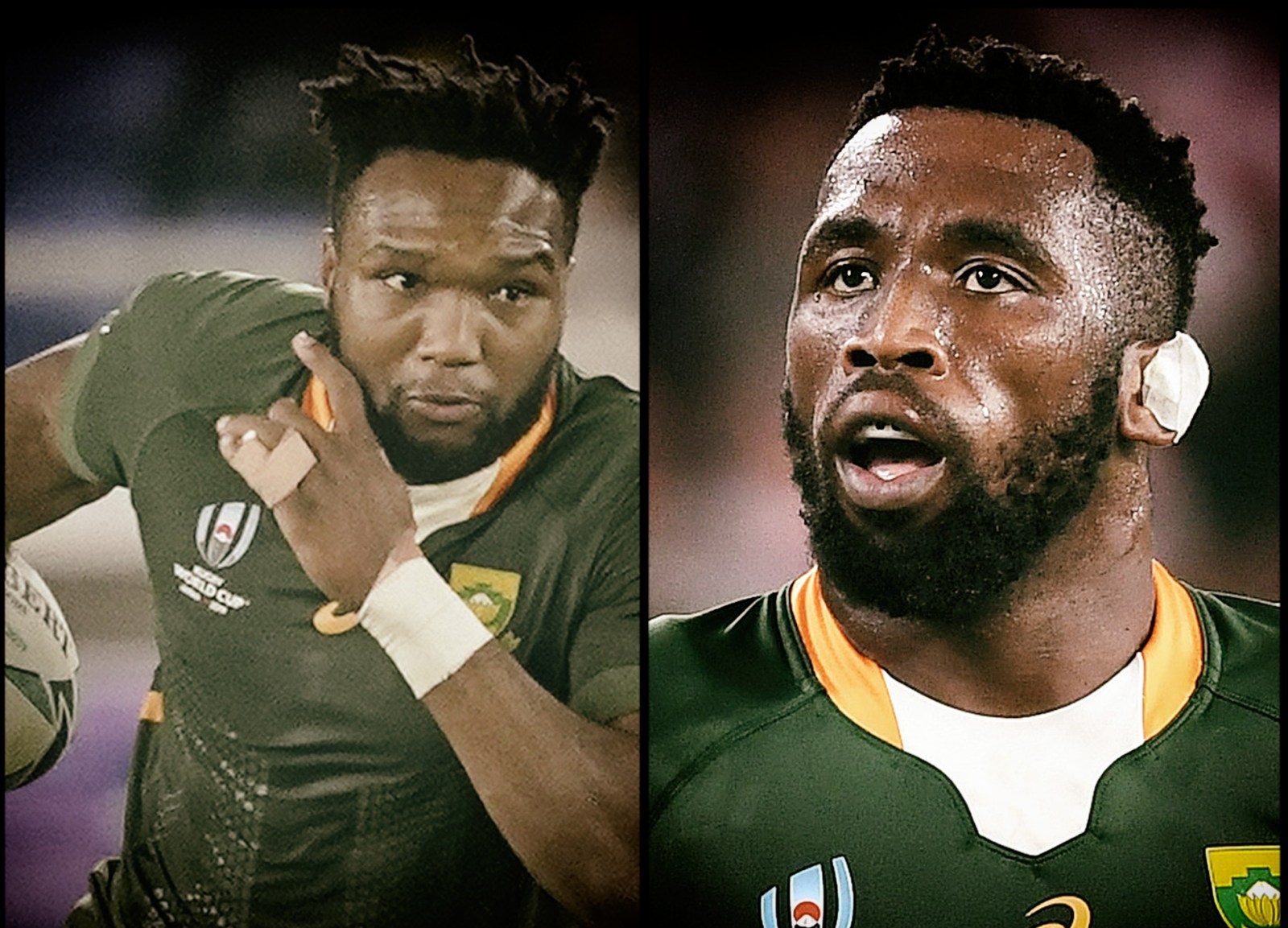 From left: Lukhanyo Am will lead SA ‘A’ against the British and Irish Lions. | Regular Springbok captain Siya Kolisi is likely to miss the first Test. He is one of six players currently Covid-positive. (Photos: Andrew Cornaga / www.Photosport.nz)

World Cup-winning centre Lukhanyo Am will lead a virtually full-strength Springbok team disguised as a South Africa ‘A’ side against the British & Irish Lions this week.

The ante went up a notch between the Springboks and the British & Irish Lions with the crucial Test series only 12 days away when centre Lukhanyo Am was named to lead a strong SA “A” side against the tourists on Wednesday night.

Because of a slew of Covid-19 positives over the past 10 days in the Springboks’ camp, coach Jacques Nienaber picked his strongest possible combination. This is essentially a dress rehearsal for the first Test on 24 July against the tourists.

It’s also a defining moment because South Africa “A” will be as close to the Boks’ first Test starting combination as possible due to all the disruptions.

Regular captain Siya Kolisi is likely to miss the first Test. He is one of six players currently Covid-positive, while another four at least are still going through Covid protocols. Kolisi might only be cleared early next week, which means he will have missed almost two weeks of training.

Other World Cup stalwarts such as hooker Bongi Mbonambi and wing Makazole Mapimpi are in the same predicament as Kolisi. Flyhalf Handré Pollard is also in a race to be cleared. Pollard is one of five players who were diagnosed with Covid-19 about five days earlier than Kolisi. He should be back on the training pitch later this week, making him a likely starter in the first Test.

In the meantime, Nienaber and national Director of Rugby Rassie Erasmus have gambled on an SA “A” team that has the potential to beat the Lions on Wednesday.

That would be the ultimate boost of confidence for a side that has played one competitive match in 20 months. Conversely, a heavy defeat would be a body blow, but that is the reality that the Bok coaching staff face. They are out of options.

The Boks’ second Test against Georgia was cancelled and attempts to have a second SA “A” game added to replace the scheduled match between the Lions and Stormers on 17 July have met with resistance from the Lions.

“If we had played Georgia twice and the SA “A” game, we couldn’t ask for more to get the guys match-fit,” Erasmus said on Monday. “You also want to let them have a bit of a break and a buildup. So we actually just lost one week of training and one match.

“If we do manage to get that match back on Saturday, then actually what we have lost is seven days of sitting in a hotel room. I think the 10 guys who isolated will tell you, you don’t go to pieces and totally out of shape in those seven days.

“So, we will be okay. It’s a three-match Test series. There will be injuries on both sides after the SA “A” game. But the Lions have also had cases and close contacts. That’s why we don’t want to sit here and make excuses. We will deal with it.”

“I’m absolutely delighted with the team they’ve put out because that helps our preparation immensely,” Gatland said. “We’ll get a bit of a feel of where we are and what things we need to work on in the 10 days leading into the first Test.”

Lions against extra SA ‘A’ match

As “delighted” as Gatland says he is about such a strong South African side to “help” their preparation, he is unwilling to accede to a second match against the same opponents.

Erasmus said he was willing to “beg” for it to happen to allow the coaches to prepare the team as adequately as possible under the circumstances.

Erasmus goaded Gatland: “I am sure those guys won’t be afraid or scared. I am sure Warren wants us to be at full strength and have full match fitness before we play the first Test. I can’t say I’m confident, I’m hoping.”

But Gatland was having none of it. “We won’t be playing them [SA “A”] again.”

Erasmus highlighted that keeping all matches in the now seemingly secure bio-bubbles between the two sides was the safest way to ensure there were no more Covid-19 outbreaks.

“We want to ask for another SA “A” game because for me, and it’s my view, is that would be the safest option. We’ve all tested negative two days in a row, we’re in a hard bubble in Cape Town and no one is moving anywhere. The staff and everyone is negative, and it’s the same in the Lions camp,” Erasmus said.

“My honest opinion is that to play a franchise team, or even if we had to try and play against a side coming in, then I think the chances of infection are as good as we saw when we played against Georgia. Up until the Georgia Test, we had only one positive case, which was RG Snyman.

“However, after the Georgia match, we had eight management [members alone] who tested positive. I’m not pointing fingers at Georgia, but I think as soon as you bring teams from the outside in, it becomes a very tough situation to control.

“We saw that as well when the overseas-based players came into our camp, and although there were some false positives, that’s when we got infections. It wasn’t when we were staying in our bubble.

“After we played Georgia all our infections started, so in my opinion, if the SA “A” team can play on Wednesday, and then another on Saturday, I think it would be best medically and in terms of player welfare, and also for the people watching to have two really good match-ups between the two teams.

“It’s not just up to me to make those decisions, but I’m going to beg until we find really valid medical reasons to say that’s not actually the safest option.” DM