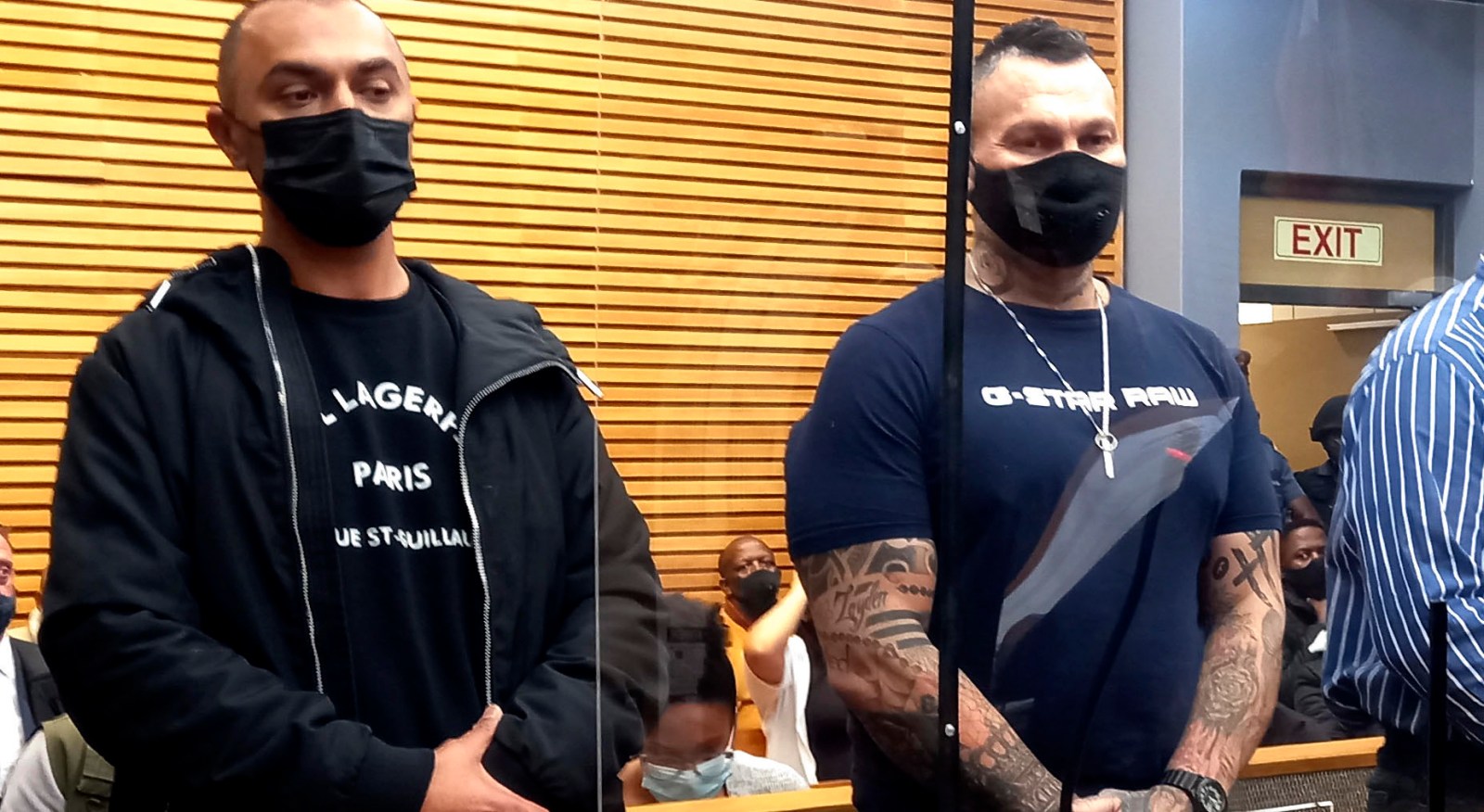 The prosecution has handed in three lever arch files containing new affidavits and annexures in the ongoing bid for bail by Kinnear murder accused Zane Kilian and Nafiz Modack.

The new affidavits, handed in at the Blue Downs Magistrates’ Court on Tuesday, set out evidence the State has collected and how this links to underworld kingpin Nafiz Modack, Zane Kilian, Ricardo Morgan and former anti-gang unit member sergeant Ashley Tabisher.

The affidavit of warrant officer Trevor Shaw, already used in the denial of bail to  Amaal Jantjies — who allegedly carried out five attempts to assassinate anti-gang unit officer Charl Kinnear — was among the fresh evidence handed in before magistrate Deon van der Spuy.

Shaw’s 56-page affidavit was extensively dealt with in the Jantjies bail application dismissal in the Parow Regional Court. It contains damning WhatsApp messages and recordings between Jantjies and Modack made in November 2019, as well as between the pair and Tabisher.

The affidavit says that Tabisher agreed to keep Modack informed about planned police raids on Modack’s house in return for payment of R10,000. Tabisher denied this in his affidavit, claiming that he had acted under the instruction of Anti-Gang Unit head Major-General Andre Lincoln.

An affidavit compiled by Colonel Eddie Clark, who is part of the national task team investigating the murder of Kinnear on 18 September 2020 and the failed attempt on the life of criminal lawyer William Booth, connects the dots and paints a broader picture of how the charges against the accused are intertwined. The national task team was established on 1 October 2020 after Kinnear was gunned down.

Shaw said in his affidavit: “It is believed that Kinnear was shot dead due to his involvement in an investigation against well-known underworld figure, Nafiz Modack. This investigation focused on extortion, fraud, corrupt activities with police officials, money laundering, the underworld security services and illegal related activities.”

According to the investigators, the affidavits positively link the accused with the crime of which they are accused.

The information contained in these affidavits is also part of the evidence that will reflect in the final indictment once the matter is referred to the Western Cape High Court for a pre-trial date, investigators said.

Modack’s lawyer, advocate Dirk Uys, was not happy with the admission of the affidavits and raised objections.

“The affidavits and the annexures were not properly numbered, making it difficult to follow. The prosecution handed in affidavits relating to new matters which my client needs to deal with in a replying answering affidavit. My client will hand in a supplementary to his affidavit already handed in,” Uys told the court.

The State will argue that Kilian and Modack are the main players in the murder of Kinnear and the attempted murder of Booth.

Affidavits submitted by the Hawks during Kilian’s unsuccessful bail application in the Kinnear matter claim that between 9 March 2020 and 9 April 2020, Kilian and Modack unlawfully and intentionally conspired with each other to murder Booth.

In addition, the State alleges that the pair killed Kinnear. Both accused have denied the allegations.

Only one of the accused, Jacques Morgan, is out on bail of R50,000. The group is expected back in the Blue Downs Magistrates’ Court on Tuesday, 20 July. DM/MC