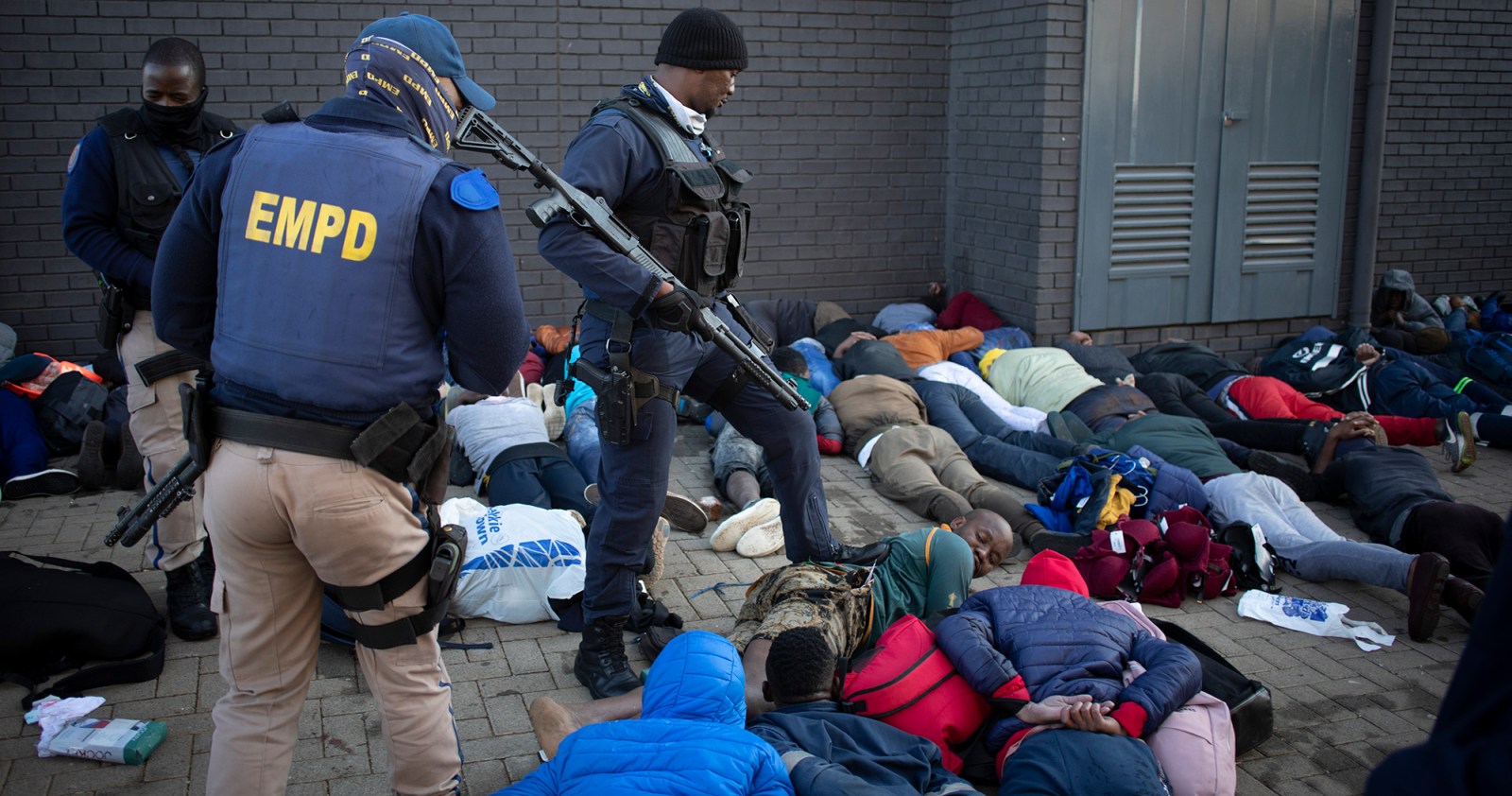 The ANC failed to sort out its politics when the Zuma matter was for its members only to resolve. Now parts of KwaZulu-Natal and Gauteng are in flames, as they were almost three decades ago. The immediate danger now is of armed conflict between races, because their government is not capable of protecting its citizens from thugs who have hijacked a pro-Zuma bandwagon for their own nefarious intentions.

The devastating impact of the political violence in KwaZulu-Natal in the 1980s and 90s is often viewed in the context of the number of lives that were lost as communities defended their territories against marauding mobs pretending to be anti-apartheid activists or defenders of law and order.

They left the township economies decimated after they were finished with looting and razing to the ground general dealers, tea rooms, liquor stores and other local businesses.

The conflict that tore apart previously close-knit communities had escalated uncontrollably when business owners organised themselves into security groups that patrolled their areas and sought to protect their property against thugs masquerading as United Democratic Front or Inkatha supporters. What had emerged was the phenomenon of com-tsotsis, that is, criminals who hijacked political causes for criminal gain.

And so it came about that one of the mammoth tasks faced by the first MEC for economic development in KwaZulu-Natal after the democratic election was to try to rebuild, virtually from scratch, the economy of the townships and other black areas that had been serviced by those family businesses.

The provincial government even established a reconstruction and development fund to kickstart efforts to resuscitate those businesses and local economies.

The man assigned the task was Jacob Zuma.

As he sits in prison today for defying the orders of the Constitutional Court, Zuma might have time to reflect on those days.

Better than most, he would understand that the legitimacy of the original political grievances counts for little once protests assume their own momentum, while their sponsors stir emotions behind the scenes and from afar.

It is useful to draw parallels between what happened in KwaZulu-Natal those many years ago and the mayhem that’s unfolding and likely to develop even further if not managed sensitively.

Before the era of human rights and a police service instead of a police force, there is no doubt that between them, the erstwhile KwaZulu Police, the notorious South African Police Stability Unit and the South African Defence Force would have responded firmly and quickly before the events of the past few days escalated to this extent.

Looking at the scale of criminality across both provinces presently, bodies in mortuaries would now be counted in hundreds.

Not only would the law enforcement agencies have responded brutally, they would have been joined by those whose property had been looted or burnt. The criminals would in turn have organised their own gangs, and the cycle of violence would continue.

It is the potential for this possibility that poses the greatest danger from what is unfolding.

Those who had something of value to protect when the mobs arrived in the 1980s and 90s did all in their power to safeguard it. They would have had a small licenced firearm and a couple of knobkerries to ward off the attackers.

The year 2021 is different. Separate residential areas and amenities are a thing of the past.

The whites and Indians, who in their old age had not the foggiest idea of what it was like to live in the black townships during those turbulent times, now have a sense of how easily things can get out of hand during such protests.

Across the province, in many predominantly white suburbs, armed neighbourhood watch members are cordoning off roads and have taken it upon themselves to determine who may come through.

They want to ensure that when all this is over, they will still have their shops and businesses intact.

Unfortunately, the face of criminality in South Africa is black.

The domestic worker and garden “boy” who usually walk around freely within the gated complexes all of a sudden look suspicious and have to account for their presence where they earn a livelihood.

Racial tensions rise in those circumstances. An assault or a murder has the potential to ignite a war between races with consequences even worse than the economic losses suffered so far.

There is a sense that the state cannot protect its citizens. The government of the day is clearly not in charge.

The message from President Cyril Ramaphosa was meant to give leadership and assure everyone that he and his team have a handle on the situation.

Unlike during the dreaded 1980s and 1990s, the criminals roving from one mall to another have no fear of the police or the soldiers.

Meanwhile, residents are taking it upon themselves to protect their properties and communities because the government is helpless and afraid to declare a state of emergency lest it is compared to its apartheid predecessors.

As much as KZN premier Sihle Zikalala is at pains to use every media platform to let the world know that Zuma will always have a special place in his heart, it no longer matters whether the former president is released tomorrow or when he qualifies for parole in the next few months.

The ANC failed to sort out its politics when the Zuma matter was for its members only to resolve.

Now parts of KwaZulu-Natal and Gauteng are in flames, as they were almost three decades ago.

We can forget for now about the impact of “ethnic mobilisation” in support of Zuma, as some would have us believe. The immediate danger now is of armed conflict between races, because the government is not capable of protecting its citizens from thugs who have hijacked a pro-Zuma bandwagon for their own nefarious intentions. DM