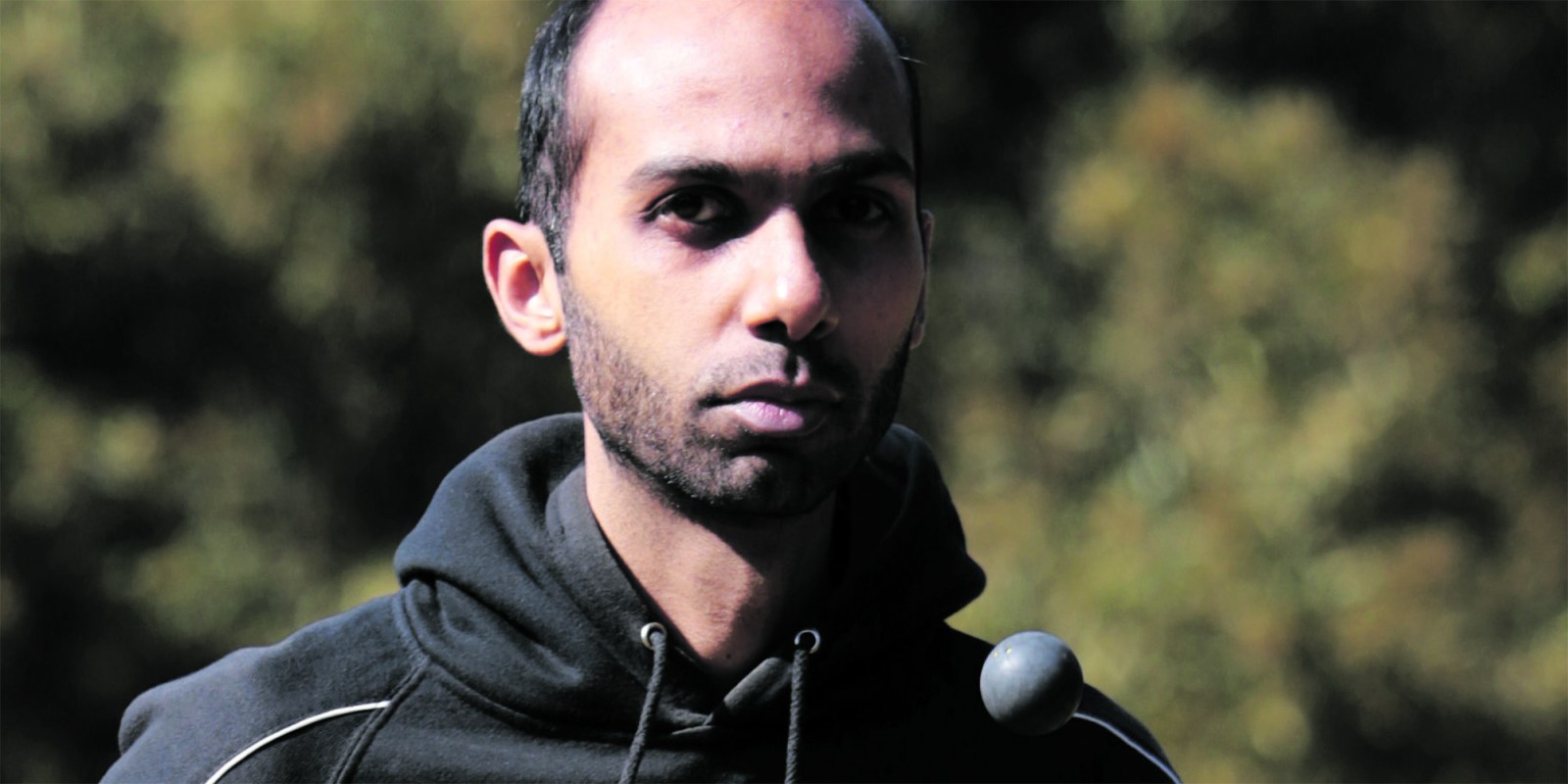 Meet the magician of maths and the king of the Covid curves – Ridhwaan Suliman. He’s on Twitter to make sense of the numbers so you don’t have to. And the pleasure is his.

If it were up to the Twitterverse, Dr Ridhwaan Suliman would be the health minister, head of Covid communications, or in some position where he could get through to more South Africans. For Suliman though, he’d humbly be back to his 90-odd-followers days.

That’s because back when just 90 people followed him on Twitter Covid-19 didn’t exist and social media was only a teeny tiny part of his life. Nowadays Suliman, a senior researcher at the CSIR in Pretoria, is also the maths wizard whose daily Covid-19 updates have become the go-to resource for his now 22,500 Twitter followers.

They pause for his graphs that track the Covid curves and read his clear, concise snapshot analyses of virus infection rates, patterns and trends. They can see how the data he’s made bite-sized and digestible matches up to news reports of hospital admission numbers, or why vaccination selfies are flooding their timelines and even the rationale behind some lockdown regulations.

Before he became the accidental Twitter phenomenon and the media-data guru to interview and quote, his usual work days consisted of developing computational tools to model and simulate physical systems and processes. He is a mechanical engineer by training and he holds a PhD in applied mathematics from Cambridge. Equations in real-world contexts and how they govern physical systems are the relationships he translates into code. And from the code and modelling he can find solutions to make things work more optimally.

It’s no surprise that fixing problems in this way is his day job. After all, he was that kid, growing up in Carolina, Mpumalanga, who took apart his toys to understand how they worked.

“I am the youngest of three brothers so I got all my brothers’ hand-me-down toys and I just loved it because I wouldn’t be shy to pull things apart and then try and put them together again,” he says of his curiosity being freed because there wasn’t the preciousness reserved for fussing over new things.

He’s treated the Covid-19 data like those old toys – breaking data down, understanding each bit better and putting everything back together – and it re-emerges the same, but different somehow, a little less mysterious, a little more known, the magic in the maths revealed.

“I started tracking the data in about March or April in 2020. In our hard lockdown everything was so confusing and everyone was uncertain about what the future held. It was quite hard to just sit at home and do nothing. I did want to contribute in some way.

“When I started seeing the raw numbers that were being fed to us daily I couldn’t quite make sense of it myself because the raw numbers in isolation don’t show what’s happening, actually.”

Suliman started turning the numbers into graphs and with simple visual representation things got clearer. And when they got clearer, trends and patterns became obvious. He shared the information among friends and family. He then decided to put it out on his personal Twitter account and people started to “get it” too. Media and Twitter users have quickly come to rely on his tweets as unbiased, accurate and consistent.

Suliman knew then that pressing “tweet” for what started out as a pet project was actually being helpful. He’s been called a “public-service hero”, a “national treasure” and a “South African asset”.

“Honest and open communication is so important, especially during a time like this. We need the public to gain confidence to buy in and to understand decisions being made so they gain agency to make informed decisions,” he says.

He’s quick to stress that he is not paid to do what he does. He’s not following anyone’s agenda and he’s not a medical expert.

“I’m just comfortable with the numbers.” He gratefully turns to the science experts he engages with on Twitter because “there’s so much more to learn”, he says. That, and a lot of background reading, which he readily dives into.

Tracking the data in the way that he has been doing has allowed Suliman to identify gaps and to add his voice to the call for open data, improved data collection and smarter analysis. It allows for more variables to be factored in and clearer parameters to be set out. After all, omissions and missing data also have a story to tell. As he puts it: “Sure, data can be manipulated to fit a certain narrative, but the benefits outweigh the risks.”

Now, more than a year later, he says the tracking, analysing and the work on the graphs are the easy part of what he does (he has code to automate this, of course). What is taking up more of his time is engaging on Twitter.

Suliman’s interactions on Twitter have a distinctive empathy. He’s perceptive and knows that people have a need to find a way to connect in a world so shaken up by Covid-19. People need to have a place to ask questions, to make a comment, even just to say a thank you and to receive a reply.

Sincerity, choosing to be accessible and showing up even in the one-dimensional, easily-turned-toxic space that Twitter can be is all Suliman, not the data, the graphs or the maths he modestly says are responsible for driving up his exploding Twitter popularity.

“We’ve all had numerous moments in this pandemic when things have been depressing and that’s probably something that doesn’t come out on Twitter because you’re generally only sharing things when things are hunky-dory, you don’t share when you’re not okay. There have been many times when I’ve just wanted to stop tweeting, but I get drawn back by people who reach out and say ‘you’re helping me’ – and that’s good enough reason to continue.

“If this pandemic has taught us anything, it’s that we still have the power as a population to determine where our outcome lies. We don’t live alone in this world. It’s not your own personal actions that will define what happens; you’re still at the mercy of everyone around you.”

That more of us get out of this pandemic unscathed matters to Suliman. There will be life to celebrate and adventures he’d like to get back to beyond a social media existence – like eating worms, the suri grubs of the Amazon, for instance. The travel junkie once ended up on a trip though the South American jungle with his brother. The trip was meant to be a relaxing holiday, but ended up like a very long episode of Survivor – with a creepy crawly menu to boot.

Maybe less so eating the worms, but Suliman intends to increase the number of countries he’s visited once he can get on a plane with a passport. Currently, his country count stands at 40 across five continents. There are also long hikes on his wish list, those destinations into nature that make his deep breaths deeper still.

“When Covid passes – and it will – we’ll get back to all of the things we haven’t been able to do in lockdown. And I’m sure I’ll tweet less and I’ll go back down to 90 followers on Twitter and that will be absolutely fine. I’ll trade the followers any day for our lives to go back to some sense of normality,” he says. DM168

It’s a photo of mountains and a clear blue ocean. I don’t know where it is – it’s one of those ever-changing wallpapers.

‘We should go to the Amazon. It will be a nice holiday.’ It’s how I ended up eating the worms.

What do you wish you learnt earlier on in life?

That it doesn’t matter what people think of you. What matters is what your actions are.

The Way of Love by Nigel Watts;

Siddhartha by Hermann Hesse; and

The Alchemist by Paulo Coelho.