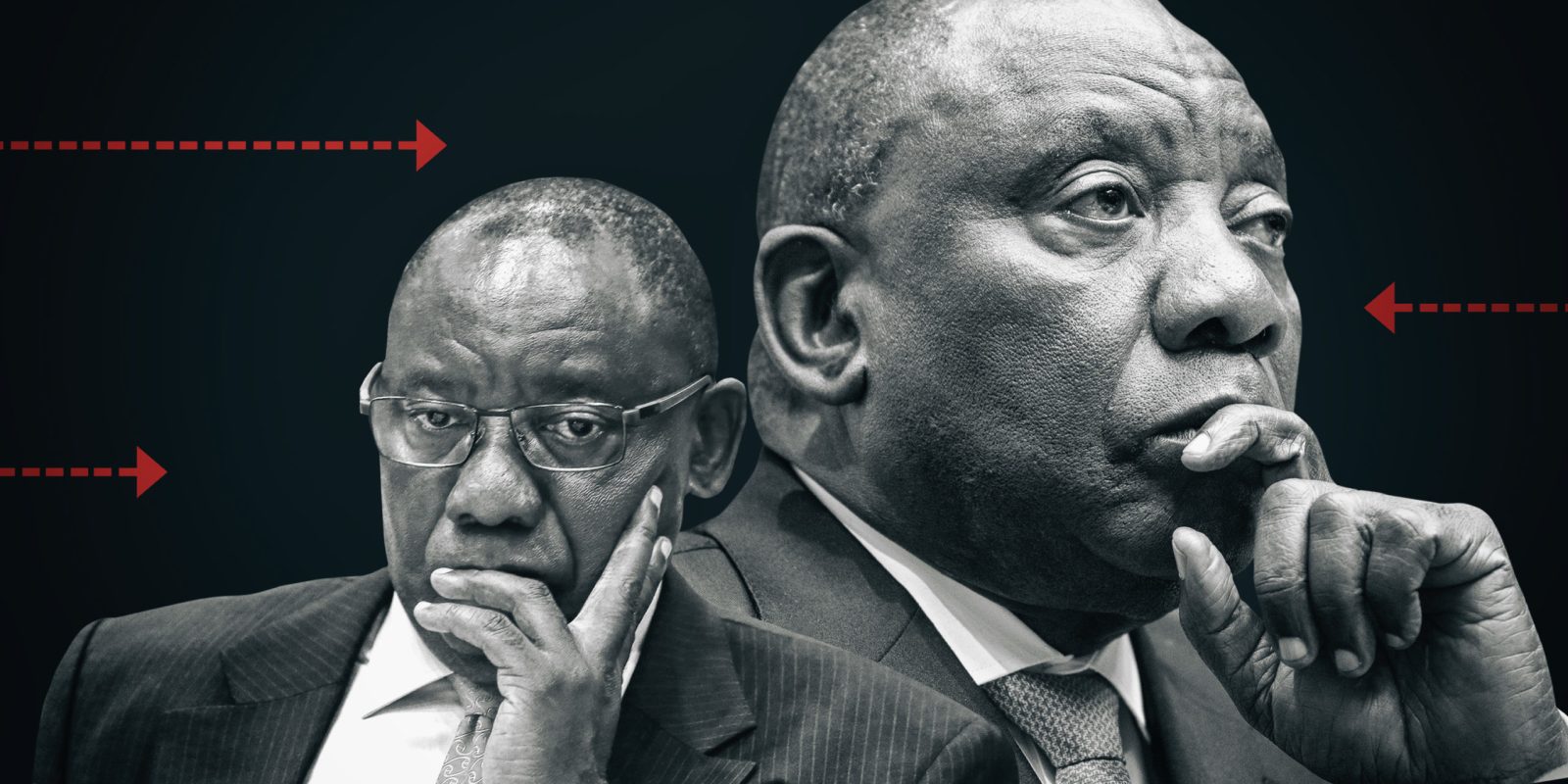 Promising action and announcing hundreds of arrests, President Cyril Ramaphosa again offered long-term reforms as he addressed the nation while Gauteng and KwaZulu-Natal were racked by chaos, looting and violence.

Offering long-term reforms, calling in the South African Defence Force and promising more dialogue and discussion, President Cyril Ramaphosa on Monday night tried to calm a country ripped apart by violent protests and looting and threats of more to come.

At the time of his speech 10 people had died, six police officers had been injured and 489 people had been arrested in the unrest.

While the violence and looting are believed to have been triggered by the incarceration of former president Jacob Zuma for contempt of court, Ramaphosa did not mention Zuma’s name.

He said South Africa was emerging from a state where “we have witnessed the effects of corruption and the erosion of the state, the terrible consequences of the abuse of power and neglect of duty.

“We have begun a process of healing, reconstruction and renewal. We have set our country on a path of progress and recovery. We cannot allow a few people among us to threaten this collective effort.”

Ramaphosa, who said he was delivering his address with a heavy heart, looked troubled during the short address.

He highlighted the following steps being taken to stop the violence, adding that calm must be restored “without delay”:

“Over the past few days and nights, there have been acts of public violence of a kind rarely seen in the history of our democracy. Property has been vandalised and destroyed. Shops have been looted. Law-abiding citizens have been threatened and intimidated.Workers are scared that they may not be able to return to work. People have died,” Ramaphosa said.

He named those who have died since violent protests and looting started in KwaZulu-Natal and spilled over to Gauteng.

He added that four police officers had been injured in the violence – two were shot and two were hit with bricks.

“Even as we know the high cost of this violence to property, to livelihoods and to businesses, the loss of human life is the greatest cost of all. As a nation our thoughts and prayers are with these families,” he said.

Many residents of the two provinces were “counting the cost to their livelihoods and property, to their shops and businesses, to their safety and security. Many more South Africans are feeling anxious and afraid.”

“Nevertheless,” Ramaphosa continued gravely, “violence is continuing in many areas.

“This violence may indeed have its roots in the pronouncements and activities of individuals with a political purpose, and in expressions of frustration and anger. At the beginning of this unrest, there may have been some people who sought to agitate for violence and disorder along ethnic lines. We know that the majority of our people have out of principle refused to be mobilised along these lines. However, what we are witnessing now are opportunistic acts of criminality, with groups of people instigating chaos merely as a cover for looting and theft.

“There is no grievance, nor any political cause, that can justify the violence and destruction that we have seen in parts of KwaZulu-Natal and Gauteng.”

He emphasised that the Constitution guarantees the right of every person to protest, to organise, to engage in free expression and free association.

“It gives every person an equal right to protection before the law, and confers on every person a responsibility to respect and uphold the rights of others. It is this rule of law that guards against the abuse of power, that protects the poor and the vulnerable, that enables our society to function and our economy to develop,” he said.

“The victims of the violence that is unfolding now – the workers, the truck drivers, the business owners, the parents and families of those who have lost their lives – have done nothing wrong. Although these may be opportunistic acts of looting driven by hardship and poverty, the poor and marginalised bear the ultimate brunt of the destruction,” he said.

Ramaphosa expressed his disappointment that the Covid-19 vaccination programme in the two provinces had been severely disrupted “just as it is gaining momentum”.

“These disruptions will cost lives by cutting off the supply chains that sustain our food, health and production systems. The path of violence, of looting and anarchy, leads only to more violence and devastation. It leads to more poverty, more unemployment, and more loss of innocent life.

“This is not who we are as a people. Time and time again, we have chosen a different path, a path of peace and democracy. We have chosen to pursue dialogue and protest rather than violence and chaos.”

He said arrangements were being made for government leaders and public representatives to reach out to communities and “promote stability”.

“This moment has thrown into stark relief what we already knew: that the level of unemployment, poverty and inequality in our society is unsustainable. We cannot expect a lasting and durable peace if we do not create jobs and build a more just and equitable society in which all South Africans can participate freely and equally.

“We must therefore commit ourselves not only to peace, but to greater economic opportunity for all. We are emerging now from a long period of uncertainty and stagnation. We have witnessed the effects of corruption and the erosion of the state, the terrible consequences of the abuse of power and neglect of duty. We have begun a process of healing, reconstruction and renewal. We have set our country on a path of progress and recovery. We cannot allow a few people among us to threaten this collective effort.

“Let us choose the path of peace and renewal,” he pleaded. “Let us stand firm and emerge stronger. Together, we will defeat those who seek to destabilise our country, who seek to reverse the gains we have made. We will stand as one people, united against violence, unanimous in our commitment to peace and to the rule of law,” Ramaphosa concluded. DM