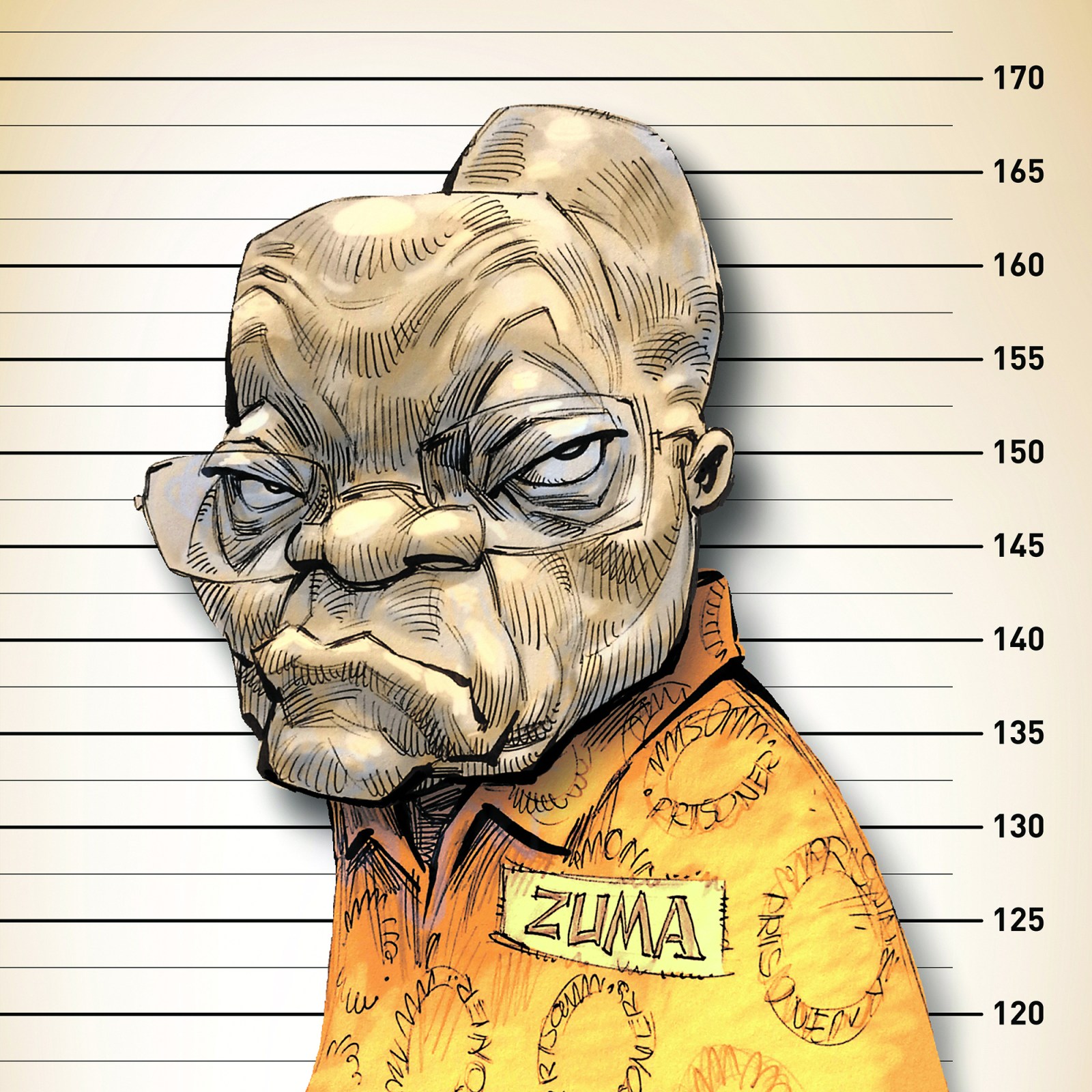 The Zumafest was a great success, and thanks to all of you who attended, and for showing we are not afraid of Covid - except in jail. But before it is just a fond memory, let us finish up with our prize-giving. Until next year!

Well, the Zumafest at Nkandla this past weekend was a huge success! Six thousand attendees, including some national luminaries, and of course the wonderful festivities, speeches, songs, prayers and so forth.

But we, the organising committee, do feel that one aspect of the Zumafest unfortunately has not received the attention it deserves – that is, the prize-giving that we organised to pay tribute to those who contributed to the success of the fest.

So, here is our press release with the prizes we have awarded for all sorts of special actions and attendances at the Zumafest:

Yes, it was a day of many prayers, but to Comrade Pastor in Purple, thank you. You have won the prize for best prayer, which went on a bit but it truly touched our hearts to hear you ask the Lord Above to protect “our president” – you spoke just as though JZ were still the president of the republic, which is just what we want to hear.

No, we need to hear that, because if he was still president he would automatically be protected by God, and he’d be protected by the ANC, which will rule till Jesus comes back.

By then, it will be too late for court cases and legal shenanigans, because Msholozi will be seated at the right hand of God, in the clouds, and he will be his own judge and jury. And, like you, we pray that day will arrive soon, and that JZ will then be able to clear himself of any of these alleged charges related to corruption and what-what, and Thuli Madonsela will be in Hell.

Best saying of nothing

The prize for saying nothing while making a good show of verbiage goes to Msholozi’s advocate, Dali Mpofu. We will see very clearly, as we head back to court this coming week to dispute any sanction served upon Number One, that you, Dali, have this talent in spades. If you weren’t the former chairperson of the EFF, we’d nominate you to the Save JZ Committee at once.

At the Zumafest, perhaps you did not speak that much – you were there, really, to give JZ your moral support, and to make it look like there was some legit legal basis for his refusal to obey the law. But your presence simply spoke volumes, Comrade Dali. Leaning in to exchange confidential whispers with Msholozi, that special advocate’s tilt of the (shaven) head, all that – well, it was a masterpiece of studied performance. And you didn’t even have to do the usual yadda yadda yadda to say nothing at all!

Every home should have a pet, and Nkandla has Carl Niehaus. You are a delightful lapdog, sir, and we honour your faithful canine adherence to any programme, however empty, produced by our faction, the RET (Repurposed Enemas and Turds). Your cheerful tongue-huffing face is all we need to be able to see that not all whites are the enemy of the people, and we appreciate your silence when we imply they are. And, even though you are a pavement special by blood, you are also exceptionally good at herding sheep.

Congratulations! You will receive a pat on the head when the Zumafest is over.

Well done to those who brought a whole lot of beer to Nkandla today. We know it’s technically against the lockdown rules, but we won’t go into that – we don’t abide by that white liberal Constitution stuff anyway, do we? The rule of law is what JZ says it is, and even though he doesn’t drink he surely approves of your adherence to tradition: that is, the tradition of getting s**tfaced on the weekend. Also, getting drunk helps to boost the party atmosphere here at Nkandla, for we know many would not have come if there was nothing to drink. Well done on that smuggling, brethren. You made it through a huge police cordon that usually would only be deployed to crack down on service-delivery protests or to prevent ancient pensioners getting their Sassa grants. Your prize is a well-deserved hangover. Cheers!

This prize goes to Minister of No Housing, Contaminated Water and Broken Sanitation Ms Lindiwe Sisulu. Yes, you were deployed by the ANC’s national executive something something to check that everything was going ever so smoothly here at the Zumafest, and you did your job with great panache. You declared that the fest was going very well indeed, and no Covid-19 regulations were broken by 6,000 people with few masks jammed together and panting all over each other! Well done to your blind eye.

And, moreover, you dressed as if for the Durban July, which in fact this Zumafest may replace one day (with cattle instead of horses), so that was entirely appropriate – that figure-hugging dress! Those stiletto heels! And all that great supermodel posing alongside the rank-and-file in their Made-in-China camo outfits. An extraordinary display of magisterial condescension.

And of course, the ultimate accolade goes to your hair, which was definitely the biggest hair at Nkandla – and we know you have been working very hard on that hair, with its special Afro-Tangle Look for Former MK Combatants and Service Personnel, for at least 40 years now. We hope you stand as an example to other ministers who are not willing to do all that hard hair work (Lindiwe Zulu, we are looking at you). Congratulations, Comrade Minister Sisulu.

To the two young women who did such a beautiful and rousing dance to the kwaito music blaring from Mzwanele Manyi’s speakers, we are so proud of you! You waggled those hips with true radical dance transformation – no skinny Western-style model bodies for you. No, that would be neoliberalist. Anyway, great dance, ladies – thank you. We didn’t get your names, unfortunately, but you know who you are. If you go around to the side entrance of the main house, just beyond the cattle culvert, you will be admitted to a special secret meeting with Msholozi himself, in a tasteful boudoir environment, and there you will be given your prize, as well as some taxi money for the next morning.

This prize, naturally, goes to Number One himself. If there was a hit parade for best populist rhetoric, you would certainly be Number One with a Bullet, oh Msholozi. Not only do you sing, not only do you dance, but you also speak the most beautiful Classical Zulu (please send Duduzane for lessons – he won’t be able to build his career in politics on the back of Zulu tribalism if he can’t get rid of that Woolworths accent), and you had the crowd, or at least those in the front who could hear you, eating out of your hand.

You cracked jokes about the judiciary, you declared your full support for the rule of law, which was the best joke of all, and you showed that you did not fear Covid-19 – unless you catch it in jail, of course. You pointed out how Cyril Ramaphosa’s government is just like that of PW Botha, and we saw the light! You set an example to us all, and we know what we’ll say when we’re hit by a Covid-19 surge – well, we did it for Msholozi, and it was worth dying for.

Congratulations! You will always be our president, even in jail. Thank you for caring.

Thanks, everyone! See you at next year’s Zumafest. DM168