State by numbers: Governance failures are just the tip of the ‘backlog nation’ iceberg 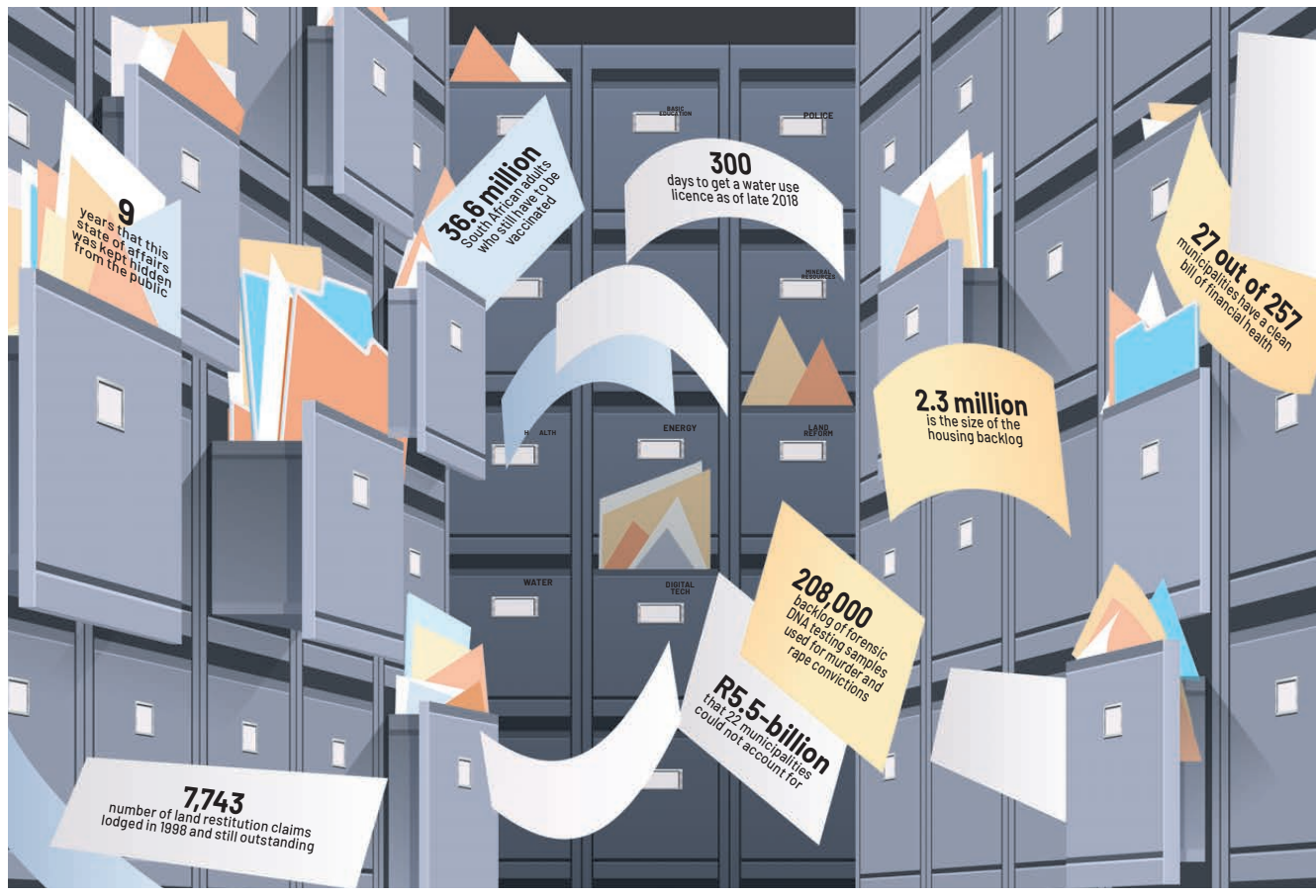 Tracking South Africa’s failing ‘underdevelopment’ state by the numbers – the government gets an ‘F’ on its report card for the increasing backlogs leading to ongoing service delivery protests.

Top ANC figures like to talk about the “developmental state”. Presumably that means a state that helps to spur economic activity and hence “development”. But for that to happen, the state has to work effectively in the first place. And the South African state has a big “F” on its report card on a range of fronts. That means it is failing, and spurring underdevelopment.

One way to measure the scale of this unfolding failure is the mounting backlogs that are piling up in government departments, which seem increasingly incapable of processing things such as applications and issuing permits. Another is the missed deadlines on pledges made by departments and the recent report card on local governance.

Below are just some of the numbers – they represent the tip of an iceberg that the titanic state of South Africa is ploughing into. Read them and weep as the ship slowly sinks. The “Backlog Nation” heralds the rise of the underdevelopment state.

Department of Mineral Resources and Energy

5,326 – That is the number of applications for mining rights, prospecting rights, mining permits, renewals and cessions or the sale of rights that are caught in a logjam at the DMRE, according to a presentation it gave to Parliament in late February.

9 – That’s the number of years that this worsening state of affairs was kept hidden from the public.

4 – That’s the number of weeks since the latest date on which DMRE Director-General Thabo Mokoena promised to issue, publicly, the tender for a new online mining cadastre to replace the utterly useless Samrad system for logging mining rights applications. Mokoena told an investor conference on 1 June that it would be issued the following week – so by mid-June – and it has yet to see the light of day, at least publicly, as we went to press.

5 – That’s the number of months since the DMRE’s still-unpublished exploration strategy was supposed to be unveiled. Mokoena promised an investor conference in October last year that it would be available by February. It’s now July.

1 – It has been one year since a court ordered Basic Education Minister Angie Motshekga and education MECs to reinstate the National School Nutrition Programme. They have failed to do so.

Millions – That’s the number of children affected by this failure.

208,000 – That was the backlog announced in March of forensic DNA testing samples, the kinds of samples that can lead to convictions in rape and murder cases.

7,743 – That’s the number of land restitution claims lodged before 31 December 1998 that were still outstanding last year.

11 – The number of years in the delay of SA’s release of high-demand radio frequency spectrum, which is crucial to bringing down data and mobile internet costs. In 2010 the Independent Communications Authority of SA released framework regulations with invitations to apply for space in the 2.6GHz and 3.5GHz bands.

300 – The number of days it took to get a water use licence as of late 2018. The department had not responded to a request for an update by the time we went to press.

36.6 million – That’s roughly the number of adults who still have to be vaccinated to make the state’s target of 40.4 million by March next year. So far about 3.8 million vaccines have been administered, and the vast majority of people thus far have only received one jab. Millions may be hesitant.

27 – Out of 257, that’s how many municipalities have a clean bill of financial health, according to the local government 2019/20 audit. That means 230 municipalities are not functioning optimally.

57 – That’s how many failed to deliver a financial statement on time.

R5.5-billion – The amount that 22 municipalities could not account for.

Countless – Across all of these failing municipalities, there are massive backlogs of crucial work and services that can’t be counted – many local governments have no idea themselves. Such backlogs would include urgent work on potholed roads and maintenance of water and power delivery systems that are falling apart. Lichtenburg in North West has lost its biggest employer, dairy producer Clover, over persistent service delivery failures.

2,022 – This number speaks directly to state failure. It is the number of major service delivery protests from 2004 until June 2021, according to data compiled by consultancy Municipal IQ. The Backlog Nation gives rise to the Protest Nation.

This woeful situation also means that South African taxpayers and the wider public are getting a terrible return on the money spent on “public service”. In 2006/07, there were 1.2 million public servants. There are now 1.3 million. But the wage bill was R154-billion in 2006/7. For 2021/22, the wage bill will be R650.4-billion or possibly more. It has soared unsustainably because of above-inflation salary adjustments that demonstrably bear absolutely no relation to performance. They are rooted in ANC patronage networks and the buying of union political support. The end result is the Backlog Nation and the Protest Nation – twin symptoms of the underdevelopment state. DM168

Mfuneko Toyana and Ray Mahlaka contributed to this report. 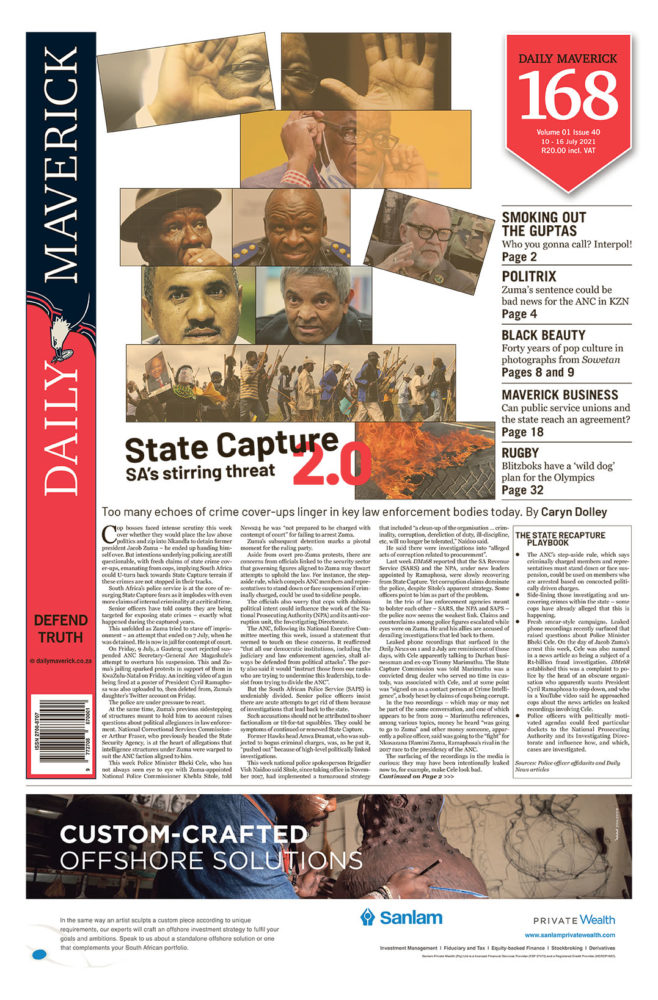