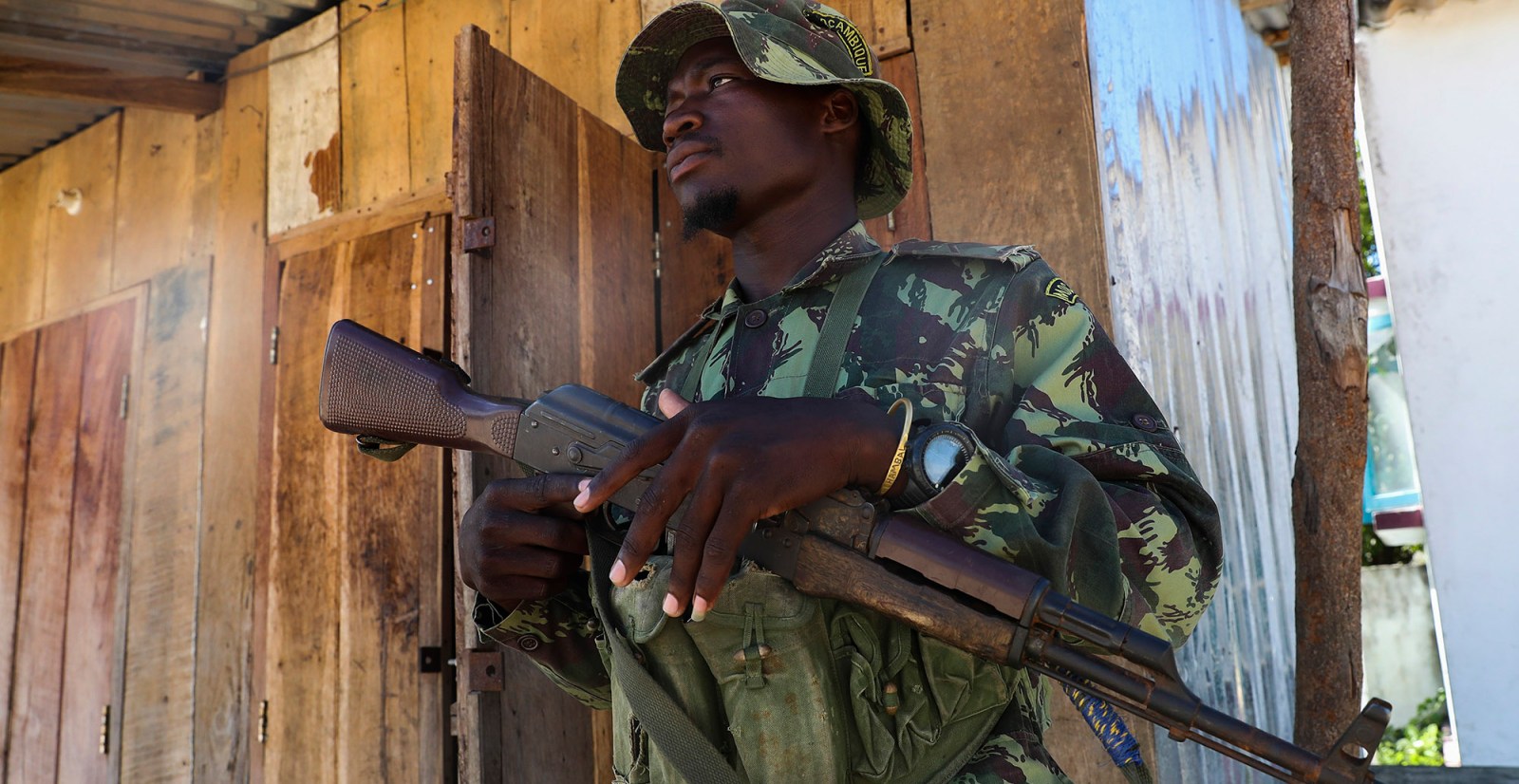 Rwanda has rattled South Africa and other southern African governments by beating them to the battlefield against Islamist insurgents in Mozambique.

A standby force from the Southern African Development Community (SADC) is meant to start deploying in Mozambique’s violent Cabo Delgado province this Thursday, July 15. But as of Friday, 9 July Mozambique had still not given official clearance for the deployment.

While Mozambique stalled in signing the necessary “Status of Forces” agreement with SADC, a contingent of 1,000 Rwandan soldiers and police officers began deploying into Cabo Delgado on Friday.

SADC’s deployment also seems to have been complicated by a dispute within SADC about which country should lead the SADC standby force.  It was originally supposed to be South Africa, but this now seems to be in doubt.

Defence Minister Nosiviwe Mapisa-Nqakula told the SABC on Saturday that it was “unfortunate” that Rwanda had deployed its troops into Mozambique before SADC because it was expected that Rwanda would have gone in under a SADC mandate. She added that SADC did not have any control over the timing of the Rwandan deployment as this had been agreed between Rwanda and Mozambique.

She said that the SADC military experts who planned the Mozambique intervention had originally proposed that a South African major-general should command the SADC standby brigade, with a Botswana colonel as deputy.

However, these operational decisions had now changed, the minister said, without elaborating. Other sources said there was now a dispute about which SADC state should lead the SADC standby brigade. And there are also questions about how the Rwandan, SADC and Mozambican forces will work together.

It would seem that they will be assigned to different sectors of Cabo Delgado, which might help to mitigate any turf wars or disputes about who commands whom.

The sources said that South Africa did not have faith in the ability of Mozambican generals to lead SADC into battle, because of their poor history in fighting the so-called al-Shabaab insurgency that erupted in October 2017 and has grown rapidly ever since. The insurgents now control the port town of Mocimboa da Praia and exert influence over a much wider territory in Cabo Delgado from there. In March they launched a major attack on the northern coastal town of Palma, which forced the French energy giant Total to suspend its liquid natural gas project at nearby Afungi.

But Mozambican President Filipe Nyusi seems determined that Mozambique should retain command of the military operations. He insisted in a speech on Friday at Mueda, the base of the Mozambican military in Cabo Delgado, that the SADC forces were “going to work with us, they’re not the bosses”.

“They will organise and work with these commanders,” he said, pointing to the Mozambique defence force commanders. “The fight against rebel groups will be organised by the Mozambican leaders,” local media reported him as saying.

Reports also said that Nyusi had announced that the SADC forces would start arriving on 15 July and that SADC had already written to the United Nations to inform them of this.

Nyusi said that SADC leaders had authorised him to request help from Rwanda. A South African official said SADC was not happy about Rwanda’s involvement, but had no choice in the decision, which had been made by Nyusi.

Mapisa-Nqakula said in her interview with the SABC that SADC’s “Rapid Deployment Force” composed of soldiers from several member states would go into Cabo Delgado on 15 July, and this advance force would determine how the full SADC standby brigade was deployed.

The Mozambican defence force said on Saturday that the Rwandan force “will work closely with Mozambique Armed Defence Forces (FADM) and forces from the Southern African Development Community (SADC) in designated sectors of responsibility. The Rwandan contingent will support efforts to restore Mozambican state authority by conducting combat and security operations, as well as stabilisation and security-sector reform (SSR).”

The Rwanda National Congress (RNC), an exiled opposition party, is also not happy about Rwandan security forces deploying in Mozambique, especially ahead of  SADC. It noted in a statement that Rwanda was not a member state of SADC and suggested that Rwanda’s deployment might be aimed at Rwandan political dissidents in southern Africa more than at Mozambique insurgents.

It noted that many refugees from Rwanda had been granted asylum in southern African countries, including Zambia, Zimbabwe, South Africa, Mozambique and Malawi.

“Rwanda has invested a disproportionate amount of geopolitical effort to ensure that it reaches out and disturbs all Rwandan refugees who are hosted by these states,” RNC spokesperson Etienne Mutabazi said.

One of the founding RNC members, former Rwandan intelligence chief Patrick Karegeya, was murdered, allegedly by Rwandan government assassins, in Johannesburg in 2013.

Another RNC founder, former Rwandan military chief of staff Kayumba Nyamwasa, has survived three or four assassination attempts in South Africa. After an attempt in March 2014, South Africa expelled three Rwandan and one Burundian diplomat for alleged complicity in the attempt.

Many Rwandans in southern African states had been “unapologetically killed, abducted, kidnapped or forcefully disappeared in operations that involved current Rwandan officials, including diplomatic personnel,” the RNC’s Mutabazi said.

“We call upon the Mozambican authorities to disclose to the public the motives behind its overstepping of SADC arrangements to contain the insurgency in Cabo Delgado by allowing Rwandan defence forces and police ahead of SADC’s own deployment,” he added. DM