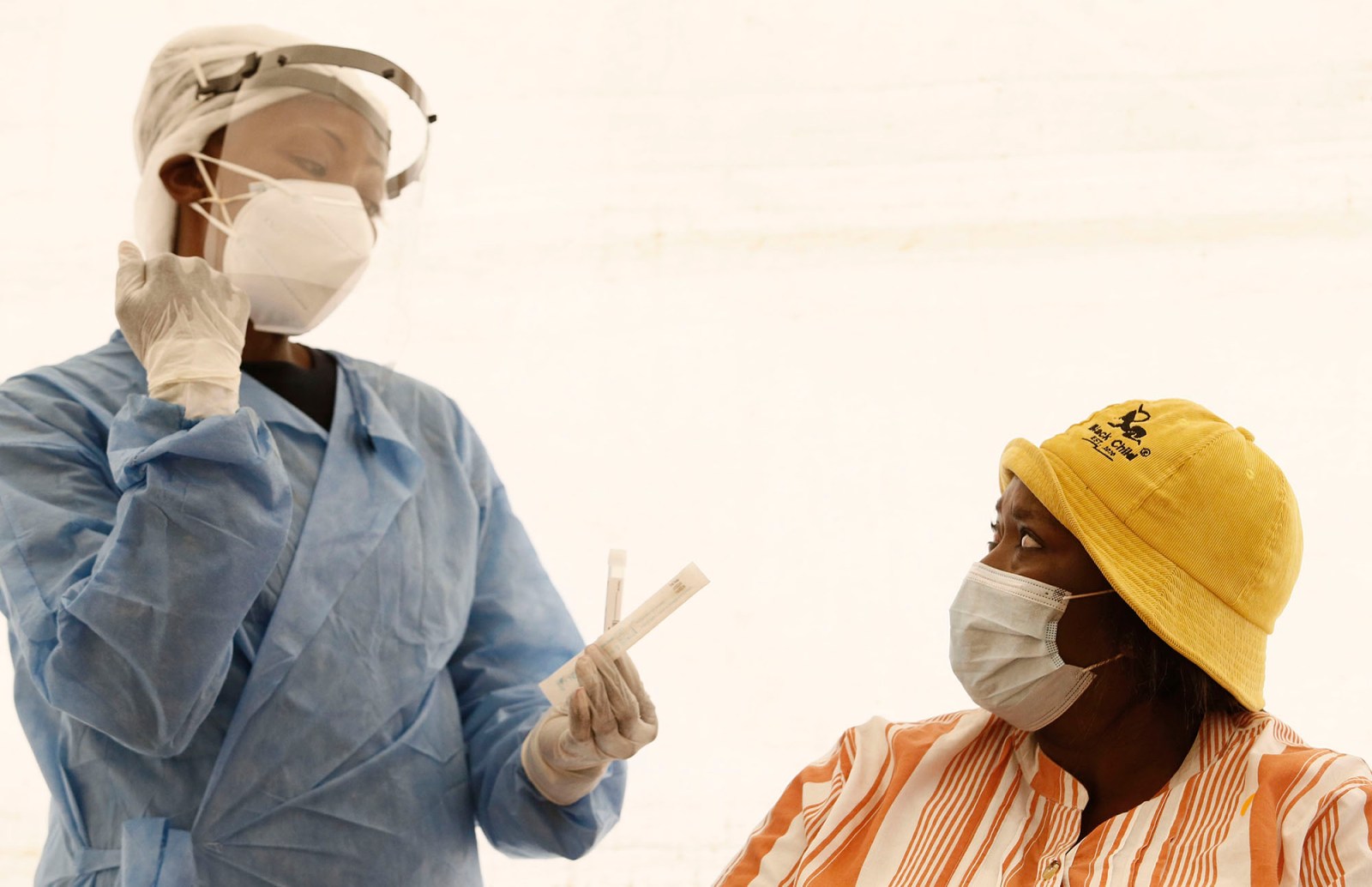 Frontline workers in the healthcare industry are taking considerable strain. They work long hours, often without the necessary support and resources – and their physical and mental health is suffering.

As hospitals struggle to cope with an influx of patients, healthcare workers are feeling the brunt of the Covid-19 third wave, suffering from exhaustion and burnout. There have been efforts to provide them with support but the challenges are systemic.

Dr Adam Barnes is considering resigning before the end of Gauteng’s third wave of Covid-19. He is an emergency medical officer in a private Johannesburg hospital and treats patients with a range of trauma issues and medical emergencies such as strokes and myocardial infarctions. Before the pandemic, his job was intense. Now it’s exhausting.

“The volume of patients is overwhelming and patient expectation is overwhelming. Regardless of how well prepared we thought we were, we have been shellshocked by the volumes of patients who require oxygen and admission. We cannot admit all of the people who we would like to,” he said.

Barnes is considering resigning from his position for a number of personal reasons, but the strain of working during the pandemic is contributing to his decision. He hasn’t taken leave in months and has been working extra hours and more nights and weekends than usual.

Healthcare workers have been hailed as heroes but, for many, being a hero has come at a heavy price. They work extreme hours and sometimes with insufficient support and resources. They risk their own health while worrying about their loved ones. Now, many are dealing with levels of trauma they have never previously experienced.

South African Medical Association (Sama) chairperson Dr Angelique Coetzee has warned that doctors are showing signs of emotional fatigue. Noting the strain on young doctors, she recently told the South African Broadcasting Corporation: “I have not seen that the department has trauma counselling, a compulsory trauma counselling [and] compulsory leave after you have done six weeks of very, very hard work – just give them a break.”

Barnes told DM168 that his hospital is seeing many more Covid-19 patients than in previous waves. The severity of patients’ sickness is similar to the first and second waves, but there’s currently an added anxiety factor.

Healthcare workers are on the frontline of the response to the pandemic but they don’t control how the broader health system prepares for a dramatic surge in patients, like we’re currently seeing in Gauteng. They might have patients’ lives in their hands, but with limited resources those hands can only care for so many.

Barnes described an overburdened healthcare system and staff at the point of exhaustion. “Unfortunately, as the Covid infections increase, other illnesses don’t decrease. So the pressure on our unit and our staff is exhausting,” he said.

“The sheer number of patients, however, is overwhelming us. We do not have bed capacity and we do not have different points to deliver oxygen in the emergency room. This is infrastructure that cannot be quickly deployed.

“We have transferred patients from Johannesburg to KwaZulu-Natal and Nelspruit, just so they can have a bed. We have had patients in our beds in the emergency room on noninvasive ventilation for almost 72 hours. None of this is normal.”

We are still inundated with patients and are now treating stable patients either outside or in the ambulances that bring them to us. We are constantly at capacity and have patients who have been waiting for hospital beds in our emergency room, on ventilators.

All of the hospitals in Barnes’s region are “on divert”, a system introduced before the pandemic in which hospitals that are reaching capacity do not allow ambulances to bring patients they cannot admit.

Some emergency rooms appear to continue diverting ambulances, but Barnes says his hospital is encouraging patients to go to their closest, rather than preferred, facility.Still, it will stabilise and provide treatment to any patients who arrive, even if that treatment is not up to pre-pandemic standards.

“It makes no sense for a hospital with a large supply of oxygen to expect ambulance crews to drive around looking for a facility, with a portable oxygen cylinder in their ambulance. Our hospital does have chairs set up outside with oxygen concentrators in order to give oxygen to patients who are waiting for space inside the unit. It is a temporary measure.”

Such extreme circumstances have highlighted the long-term challenges in the health-care sector.

Writing in DM168 last week, Dr Cyan Brown called for urgent interventions to prioritise the wellbeing of healthcare workers and address the culture of fatigue and burnout, which stems from a traditional model of healthcare rooted in service and charity.

“One of the big dragons in the system is the normalisation of healthcare workers functioning from a point of exhaustion, burnout and disconnection from ourselves and others,” wrote Brown.

Dr Antoinette Miric, the coordinator for HWCN’s counselling services, said the main themes for healthcare workers seeking help are symptoms of stress, anxiety, depression and the challenges of dealing with Covid-19 in either their personal or family capacity. Spikes in requests for assistance have largely followed the peak of each wave of the pandemic.

Joburg-based psychologist Nthopele Mabandla has given pro bono counselling to six healthcare workers through the HWCN. One client’s husband had almost died after contracting the virus from his wife, who was anxious, fatigued and did not want to return to her job and put her and her family’s health at risk while working with insufficient personal protective equipment.

A young healthcare worker was experiencing post-traumatic stress disorder and burnout, and felt there was a lack of support and supervision from superiors. Mabandla also saw a child who had lost one of his parents during the pandemic.

She said medical schools don’t sufficiently promote personal mental healthcare awareness, and healthcare workers have a culture of working until they burn out, with little time to think of themselves while putting others first. Although she and the HWCN are offering much-needed support, they’re a small part of a bigger system.

“These people, as much as we help them and try to help them, are basically going back into the system that perpetuates that dysfunction,” she said.

For the healthcare workers, the strain of the third wave is not easing.

“We are still inundated with patients and are now treating stable patients either outside or in the ambulances that bring them to us,” said Barnes. “We are constantly at capacity and have patients who have been waiting for hospital beds in our emergency room, on ventilators.” DM168