Djokovic beats Berrettini at Wimbledon to close in on h... 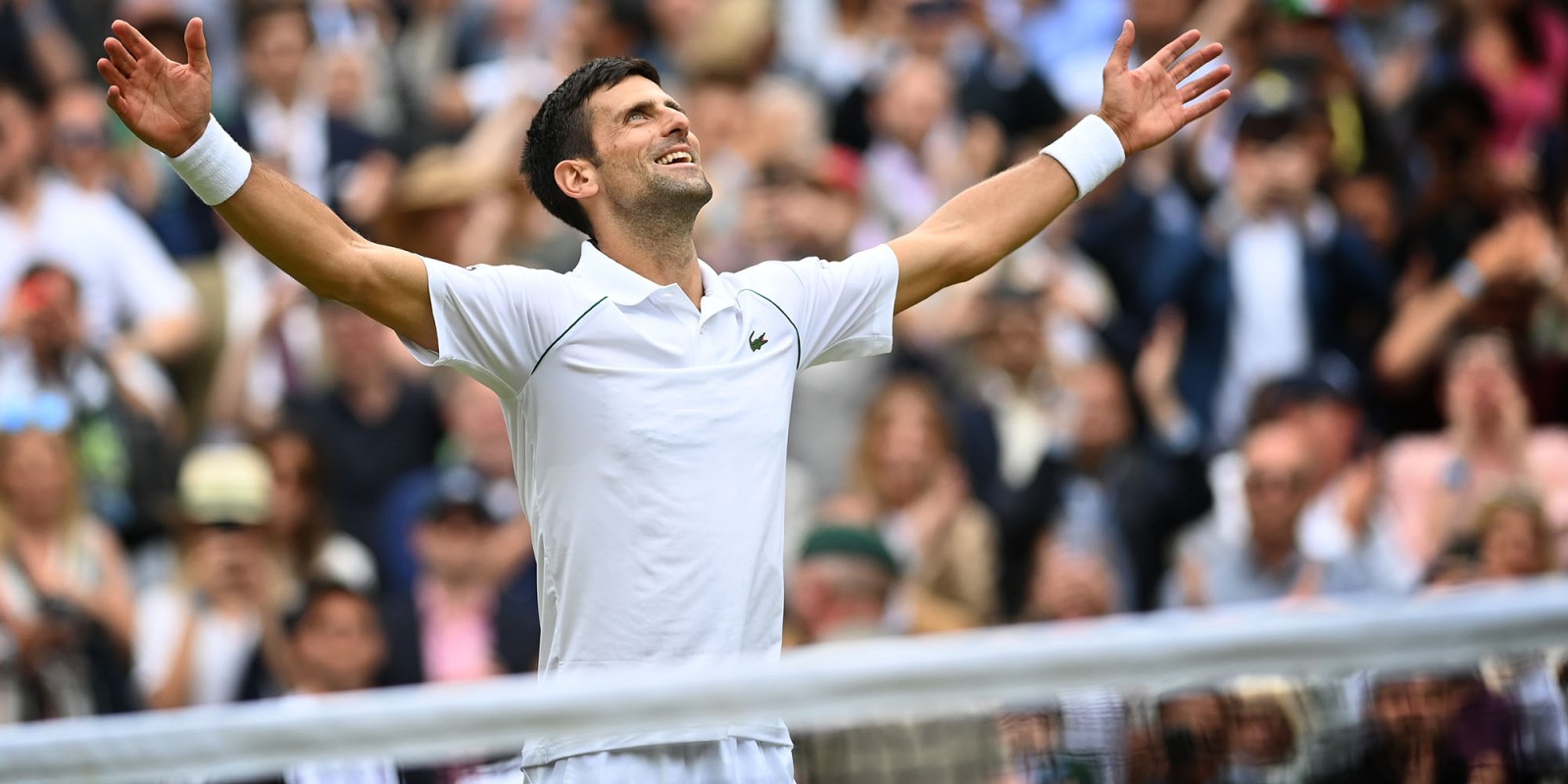 Novak Djokovic of Serbia celebrates after winning the men’s final against Matteo Berrettini of Italy at the Wimbledon Championships on 11 July 2021. (Photo: EPA-EFE / Neil Hall)

Having also won the Australian and French Open titles in 2021, Djokovic only needs to win the US Open to become the first man since Rod Laver in 1969 to complete the calendar slam.

His third straight triumph at the All England Club also earned the Serbian a 20th Grand Slam title, equalling the men’s record haul held by Switzerland’s Roger Federer and Rafa Nadal of Spain.

“It means none of us three will stop,” Djokovic said during the presentation ceremony when asked what the milestone meant to him.

“I have to pay great tribute to Rafa and Roger. They are legends of our sport and they are the two most important players that I ever faced in my career. They are the reason that I’m where I am today.

“They’ve helped me realise what I need to do in order to improve and get stronger mentally, physically and tactically.

“The last 10 years have been an incredible journey. It’s not stopping here.”

Having also won the Australian and French Open titles in 2021, Djokovic only needs to win the US Open to become the first man since Rod Laver in 1969 to complete the calendar slam.

“I could definitely envisage that happening. I’m gonna definitely give it a shot,” Djokovic added.

“I’m in great form and obviously playing well and playing my best tennis at Grand Slams. It is the highest priority that I have right now at this stage of my career. So let’s keep it going.”

He also completed the third leg towards achieving the Golden Slam. No man has ever won the four slams and Olympic gold in the same year.

The 34-year-old, who came into the title clash having beaten Berrettini in both of their previous meetings, opened a 5-2 lead in the first set with an early break, but the Italian fought back to force a tiebreak which he clinched to draw first blood.

It was only the second set the Serbian had lost in this year’s championships. He reacted by racing to a 4-0 lead in the second set before going on to level the match.

A single break of serve in the third and two more breaks in the fourth were enough for Djokovic to close out the contest in front of a raucous Centre Court crowd, who kept on chanting the Italian underdog’s name.

Djokovic sealed his place in the record books on his third match point when Berrettini’s backhand slice landed in the net.

“That was more than a battle,” Djokovic said. “Winning Wimbledon was always a biggest dream of mine when I was a kid. I have to remind myself how special this is, and not take this for granted.”

Not sure about Olympics

Olympic organisers said on Thursday that the Olympic Games would take place without spectators in Tokyo as a surge in Covid-19 cases forced Japan to declare a State of Emergency in the capital city that will last throughout the multi-sport event which starts on July 23.

“I’ll have to think about it,” Djokovic told reporters at the All England Club in London after winning his sixth Wimbledon title. “My plan was always to go to (the) Olympic Games.

“But right now I’m a little bit divided. It’s kind of 50-50 because of what I heard in the last couple days.”