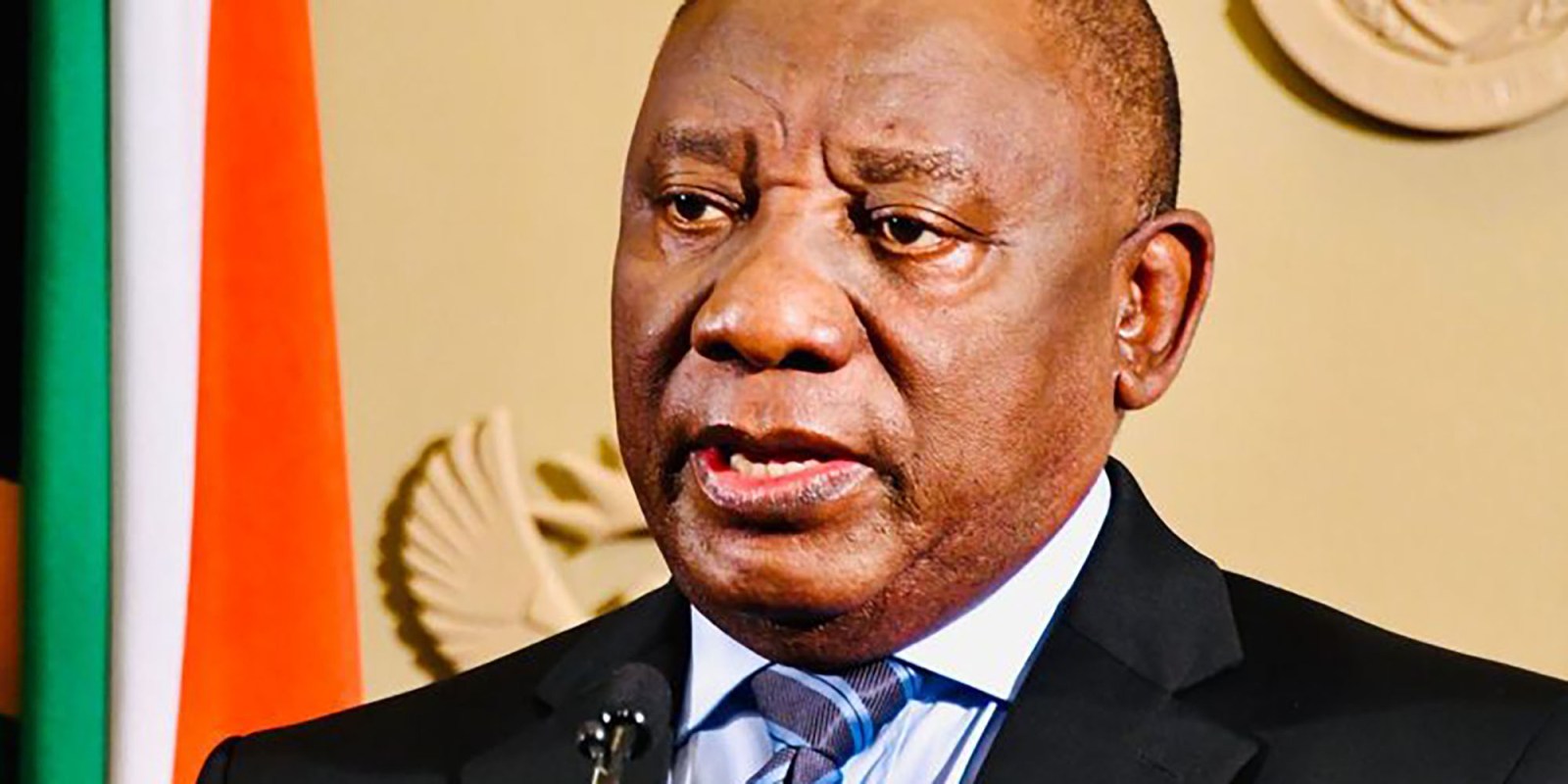 South Africa will remain on Level 4 lockdown, but restaurants and gyms will be able to open, President Cyril Ramaphosa announced on Sunday, adding that the country had taken a big leap towards vaccine security. Ramaphosa also broke his silence over violent protests in KZN and Gauteng.

In a significant step forward for vaccine security in South Africa and Africa, President Cyril Ramaphosa announced that Aspen, now filling and finishing vaccines at its Gqeberha plant in the Eastern Cape, will start producing vaccines under licence.

Ramaphosa made the announcement as part of his address to the nation on Sunday, where he explained why the country was remaining at Level 4 lockdown with slight amendments to restrictions.

The president also broke his silence over the ongoing violent protests and looting in KwaZulu-Natal and Gauteng after the incarceration of former president Jacob Zuma.

In announcing the major step towards vaccine security for South Africa and the African continent, the president said:

“In the last few days, the African Union, through our office as the AU Covid-19 Champion, and the European Union have reached a historic agreement that will significantly improve the supply of vaccines to our country and our sister countries on the African continent.

“Through this agreement, Aspen will be delivering over 17 million Johnson & Johnson vaccine doses to South Africa and other African countries over the next three months, commencing in late July. This number will double monthly from October. Initial stock running into millions of doses will be released in both South Africa and other African countries from July.

“As part of the effort to strengthen health security on the continent, there is a commitment by Johnson & Johnson to adapt the current arrangement so that we can produce the vaccine in South Africa under licence rather than under contract, resulting in our country and the continent having control over the vaccines.

“We are negotiating that in time the drug substance itself would be produced here in South Africa so that we have a fully-owned African vaccine manufactured on African soil in a number of countries on our continent,” he said.

Ramaphosa welcomed the announcement by US President Joe Biden that the US is donating 15 to 20 million doses of the Pfizer vaccine to African countries through the Covax facility. He said as a result South Africa should have enough vaccines to meet its targets. He said the government welcomed the decision by the South African Health Products Regulatory Authority to approve the Chinese CoronaVac vaccines produced by Sinopharm.

“The Vaccine Advisory Committee is working on how soon we can bring CoronaVac into the vaccination programme,” he said.

Ramaphosa said the country will remain at adjusted Alert Level 4 for two weeks as restrictions are “absolutely necessary” to contain the third wave of infections which is being fuelled by the new Delta variant.

“It remains our priority to break the chain of transmission by limiting social contact,” he added.

“As things stand now, infections remain extremely high. With the fast-spreading Delta variant, we are experiencing a third wave that is more severe than the first and second waves. For the last two weeks, the country has consistently recorded an average of nearly 20,000 daily new cases.

“In the last two weeks over 4,200 South Africans have lost their lives to Covid-19. While Gauteng accounts for more than half of new infections, infections are rapidly increasing in the Western Cape, Limpopo, North West, KwaZulu-Natal and Mpumalanga,” he added.

Ramaphosa said the health system remained under pressure and hospital admissions were likely to reach levels last seen at the peak of the first two waves by next week.

The lockdown level will be revised by 25 July.

Restrictions still include a prohibition on social, political, religious and other gatherings, a 9pm curfew and a ban on the sale of alcohol. And schools will remain closed until 26 July.

The president said restaurants and eateries will be able to operate with certain capacity restrictions, and agricultural livestock and game auctions will be allowed, subject to certain conditions.

“As we implement measures to limit the number of infections, we are acting to protect as many people as possible through vaccination,” Ramaphosa said.

He said 4.2 million people had so far received a coronavirus vaccine.

“Our national vaccination programme is expanding at a rapid pace, with one million of these having been done over the past seven weekdays.

“The pace of vaccination has more than doubled in the last month and will continue to increase. Presently, nearly 190,000 people are on average being vaccinated each weekday.”

He said the government had joined forces with the public sector to work together in an “unprecedented way to build additional capacity to vaccinate many more people a day”, including vaccinations at workplaces.

He announced that the Unemployment Insurance Fund had embarked on negotiations with social partners to address the difficulties of employees who lost income when the country went back to Level 4.

“On the basis of these discussions, the UIF has decided that the Covid-19 Ters scheme should be extended to sectors that are affected by adjusted Level 4 restrictions. The details of the extension will be published shortly following the finalisation of the full scheme, which will include further details on who is eligible for this support,” he said.

“In addition, Cabinet has decided that all business licences and permits that expired between March 2020 and June 2021 will remain valid until 31 December 2022. New business licenses or permits that are issued from the 1st of July will also be valid until 31 December 2022, and no licence fee will be payable. This will provide some relief to small businesses.”

Ramaphosa used the opportunity to strongly condemn the protest action that has hit KwaZulu-Natal and Gauteng.

“There is another matter of great national importance that I wish to address. In the past few days, we have seen sporadic but increasingly violent protests in some parts of the country. Key infrastructure, like national roads, has been affected, slowing down the transportation of goods and services that keep our economy running.

“Property has been destroyed. Cars have been stoned. People have been intimidated and threatened, and some have even been hurt. These acts are endangering lives and damaging our efforts to rebuild the economy,” he said.

Warning that arrests will follow and those breaking lockdown regulations will face penalties, Ramaphosa said there was no justification for the protests.

“While there are those who may be hurt and angry at this moment, there can never be any justification for such violent, destructive and disruptive actions. It is a matter of concern to all South Africans that some of these acts of violence are based on ethnic mobilisation.

“Let us be clear, as a nation, that we will not tolerate acts of criminality. Those who are involved in acts of violence will be arrested and prosecuted. Those found guilty of breaking the lockdown regulations will receive the stipulated penalty. This will be done without fear or favour.”

Ramaphosa also condemned “attempts to create confusion by sharing false images and videos, often from events that took place many years ago”.

“I ask that you think carefully before sharing anything on social media or elsewhere that may not be accurate or verified,” he said.

“We are building up, not shutting down. We will remain focused on protecting health and saving lives. We will work as never before to ensure everyone is vaccinated. We will rebuild our economy and create jobs.

“We must forever remember that as difficult as times may be, we shall overcome.” DM/MC