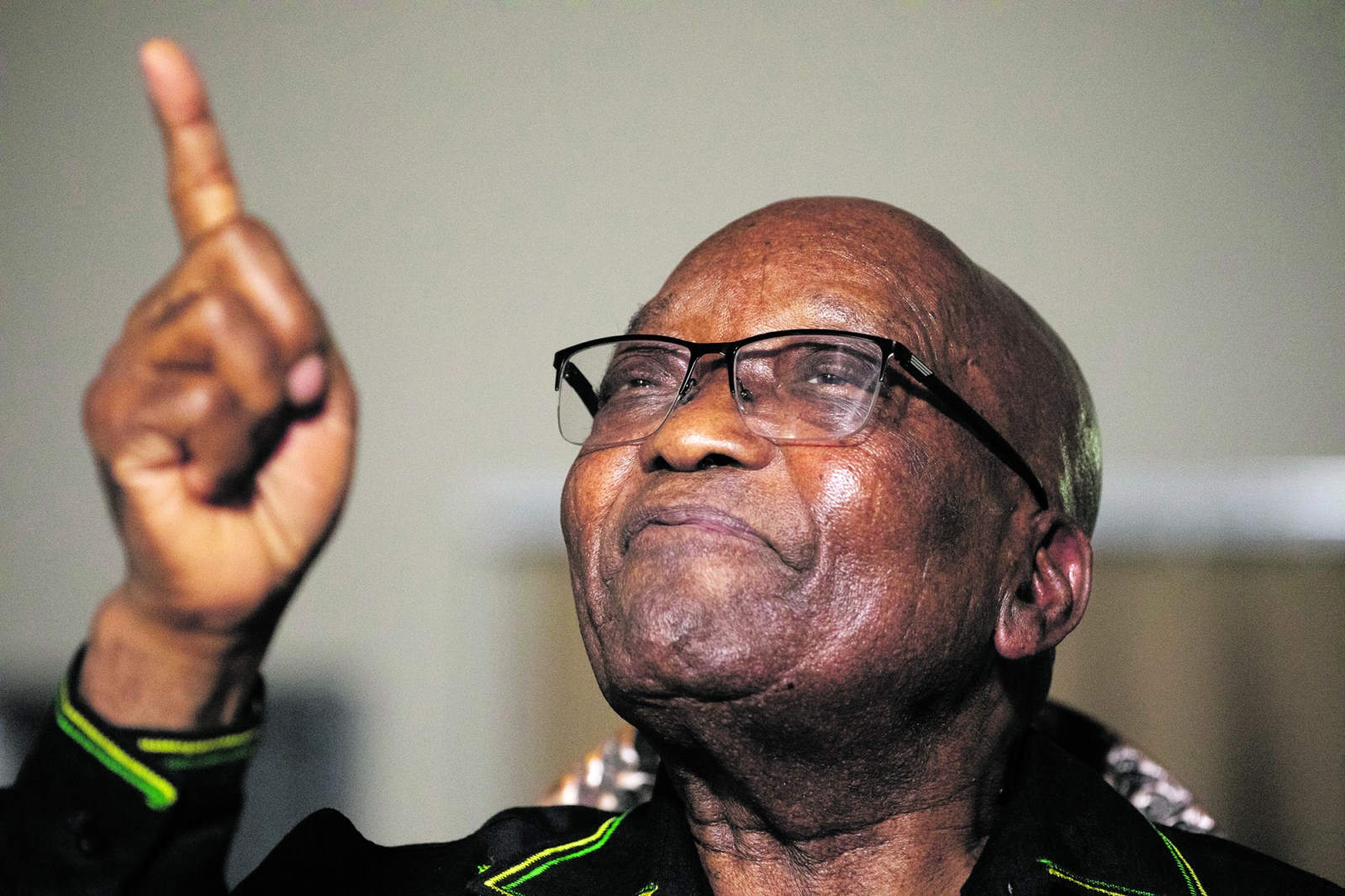 As Jacob Zuma begins his jail sentence on a contempt of court charge, he can be assured he’s not the first leader of a country to land up behind bars. At least it wasn’t for murder.

Ex-president Jacob Zuma and his supporters may cry that to send a former president to prison is a violation of his dignity. The truth is, it’s fairly common: Zuma will join literally hundreds of former leaders who have been imprisoned after their time in office.

Zuma is special in precisely one way: there are not many former heads of state who have gone to prison for contempt of court. Corruption, bribery, fraud, and crimes against humanity: these seem to be the offences that most frequently get former presidents tossed into tjoekie. That’s when they have committed a crime at all, of course: being chucked into jail by their political opponents simply to get rid of them is a fate that has befallen a number of African leaders. It is also a fate that has befallen Zuma, but only in his imagination.

Politics is a nasty business, and it’s not unprecedented for charges against a particular politician to coincide with their defection to a different party. Also not uncommon: for new presidents to launch high-profile investigations into the corruption of ex-presidents to draw attention away from their own corruption.

Here’s something that is relatively rare, however: being sent to jail while the government of your own political party is in power. That probably brings a special kind of bitterness that Zuma will have time to gnaw on behind bars.

He joins an elite club that counts among its members the first president of a free Zimbabwe, Canaan Banana, who was dispatched to prison under a Zanu-PF government for the crime of homosexuality.

The fact that Banana was sentenced to the same amount of time in jail as Zuma prompts the fascinating jurisprudential question: Which is worse, doing gay stuff or disobeying a court? Let’s move on to a real sex criminal: former Israeli president Moshe Katsav, sent to jail for rape in 2011 while his own Likud party still ruled. Katsav was released after five years, with one of the head-scratching conditions of his parole being that he could not hold another position where women would be his subordinates. How to stop rape: keep women out of the workplace!

President Almazbek Atambayev of Kyrgyzstan was in 2019 imprisoned for corruption for 11 years, and still faces other charges. His 10 children will be growing up without a daddy.

Joseph Estrada, short-lived president of the Philippines in the late 1990s, was succeeded by his own vice-president and prosecuted for the rather glorious crime of “plunder” – to the tune of $80-million – from the government. Zuma has yet to face the full orchestra for his own plunder.

On our own continent, former Cameroonian prime minister Inoni Ephraim was jailed for 20 years while his own party was in power after being convicted on corruption charges in 2016. And Zambia’s Frederick Chiluba was put through the indignity of a corruption trial while his former comrades ruled, though he was acquitted in 2009.

If we remove the requirement that their prosecution took place under the leadership of their own party, the list of felonious statesmen – and it is overwhelmingly men – expands exponentially. Some countries have made jailing former leaders a national sport. South Korea has sent practically everyone to jail who ever set foot in the presidential residence. France has sentenced two former presidents and one former prime minister to prison in the past decade alone. If you have been a prime minister of Algeria at almost any point between 1995 and 2019, you have gone to jail for corruption. These countries can’t sew prison overalls fast enough for their former heads of state.

I have a particular fascination with the leaders accused of crimes that are somewhat out of the ordinary. Myanmar’s Aung San Suu Kyi is currently on trial for smuggling illegal walkie-talkies into the country. There are some other charges, to be fair, but it’s hard to keep up, and I can never remember whether it’s more woke to call the country Myanmar or Burma and who the good guys are over there.

Without further ado, though, I’d like us to turn to Jean-Bedel Bokassa, president – and later, self-styled “emperor” – of the Central African Republic between 1966 and 1979. Bokassa stood trial in 1986 for charges so sensational that apparently the entire country ground to a halt just to follow court proceedings. Among the charges, he was accused of crushing the skulls of schoolchildren with his ebony walking stick. We’ve all been there mentally when stuck in after-school traffic, but few of us act on the impulse.

To pick another from the menu of horrors, Bokassa was also charged with cannibalism. Possibly the dramatic crescendo of the trial came when his personal security chief testified that he had seen dead bodies hanging in refrigerated rooms in Bokassa’s palace – and not as décor. The bodyguard said that he had cooked human flesh for his boss on a number of occasions. Carl Niehaus: your move.

At one stage in the trial, Bokassa is reported to have stood up and screamed: “The aggravating thing about all this is that it’s all about Bokassa, Bokassa, Bokassa!” This is almost word for word the content of the last statement from the Jacob G Zuma Foundation, if you substitute “Zuma” for “Bokassa”.

Bokassa was acquitted on the cannibalism charges but found guilty of the rest, which meant his 50 children – this is not a typo; he had 17 wives – grew up without a daddy. For six years, until he was freed as part of a general amnesty and died peacefully at home in Bangui, perhaps while dreaming of fava beans and a nice Chianti.

Bokassa really sticks in one’s mind, but so does Indonesia’s mononymous dictator Suharto, who successfully cited ill health to avoid prosecution until he did eventually die, but after much longer than it should have taken if the doctors’ notes he kept delivering to the court were accurate. Suharto is estimated by Transparency International to have stolen the most money of any leader in modern times, having allegedly embezzled somewhere between $15-billion and $35-billion in his 31-year rule.

These guys would laugh Zuma out of their prison gang. The sad truth is this: that even in the annals of criminal presidents, JZ will warrant barely a footnote. DM168