State Capture: Decisive leadership is needed if we’re to stop the return of the hyenas 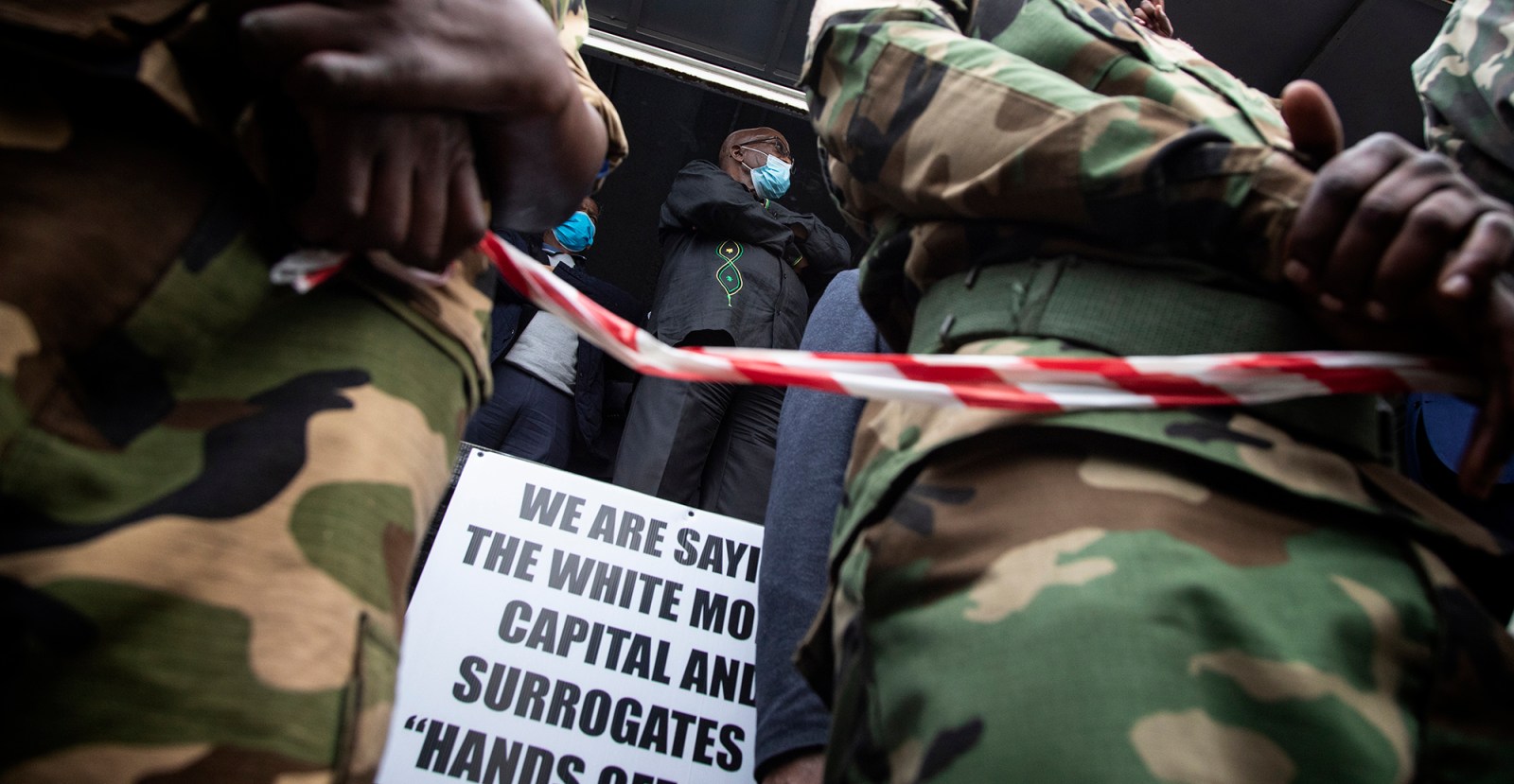 This rule of law victory does not mean we should be naïve and think that the forces of State Capture and the underworld will go down without a fight. These people are not reasonable or fair.

Last week our lead story focused on the slow turnaround at SARS and the NPA as they break free from the shackles of almost a decade of State Capture, successfully starting to net a range of crooks who have been raiding the state coffers and dodging tax. The headline was also based on the Constitutional Court’s decision to send Jacob Zuma to jail for refusing to answer to the Commission of Inquiry into State Capture.

The weekend’s spectacle of a motley crew of toyi-toying men in combat fatigues and traditional attire, waving guns, spears and sticks in defence of Zuma outside his Nkandla mansion, instilled panic and fear of insurrection in many. But Zuma is now in jail. And on 9 July, the Gauteng Division of the High Court found that the ANC decision to suspend his ally, ANC Secretary-General Ace Magashule, pending the outcome of his criminal case, was in line with the Constitution and above board.

While it is appalling that the courts, and indeed our country, should be dragged into the gutter of the ANC’s internal feuds, this judgment is yet another victory for the rule of law. This victory does not mean we should be naïve and think that the forces of State Capture and the underworld will go down without a fight. These people are not reasonable or fair. They are what South African Federation of Trade Unions (SAFTU) General Secretary Zwelinzima Vavi called a “predatory elite” – who do not operate according to the rule of law, but to the law of the hyena – a law of patronage where beneficiaries agree to let the first family eat first with a promise that they too will eat afterwards.  He should know as he was once in alliance with them when he led Cosatu.

The stirring of the predatory elite was evident over the weekend when the guns, sticks and spear brigade broke all Lockdown Level 4 rules and threatened war if their patron was imprisoned. It was also evident on Friday, 9 July when #FreeJacobZuma and #KZNShutDown supporters used trucks to block roads. These are thugs and criminals in all sectors of the state and various business enterprises who would rather destroy everything in sight than lose their chance of feeding from the trough.

There is no consideration of how this might affect our present or future as a country, no cognisance of how dangerous these gatherings are in the middle of a rampant third wave of the Covid-19 pandemic. Most significantly, there is no care for the millions of poor on whose behalf they say they are fighting for Radical Economic Transformation.

This rebellious spectacle is a distraction from the real work that needs to be done to start the kind of deep economic transformation needed to address the devastating poverty, inequality and hunger that was again revealed by the Nids-Cram survey of Covid-19 impacts. The reality is that the pandemic reached our shores after almost a decade of state plunder, shifting our country’s budget from a surplus in 2006 and 2007 to a R217.3-billion deficit in 2018 by the time the ANC forced Zuma to resign as president.

If the first family of Zuma, his Gupta friends and the rest of the hyenas did not ravage every level of state, we would have been in a much healthier financial position and much better prepared to deal with the devastating impact of the pandemic.

The Nids-Cram report found that more than 400,000 children went hungry in every Covid-19 wave from May 2020 to May 2021. In the latest devastating third wave these numbers have increased. Many South African households survive on a blend of income and grants. Losing grants plunges them into poverty. It is from the poorest households that 750,000 learners dropped out of school.

The SA government cannot be held responsible for Covid-19’s impact. President Cyril Ramaphosa and Cabinet have provided leadership throughout the pandemic, despite some crazy restrictions in the early phases of lockdown and curbs on times to exercise but the many dedicated teachers, nurses, doctors, police personnel and scientists who work for government have sacrificed life and limb to care for, educate, treat and keep us safe. But much more could have been done by our governing party to prevent the hunger and poverty that far too many South Africans endure.

They could have started by getting their house in order much earlier and not foisting on us callous members of the predatory elite as presidents, premiers, mayors, ministers, members of Parliament, SOE CEOs or civil servants who have been neither civil nor in service of the public at every level of government.

We have investigative journalists to thank for exposing the corruption that almost led us to ruin and the judiciary to thank for enforcing the rule of law that sees the leader of the hyenas behind bars and one of his henchmen remaining suspended from the party pending the outcome of his court case. But let us not forget that it is the ANC that got us into this mess in the first place.

Before State Capture 2.0 unfolds, and the hyenas launch their return, it is high time that Ramaphosa and the leaders of the ANC who walk in the footsteps of giants like Oliver Tambo, Nelson Mandela and Walter Sisulu start focusing on serving the needs of the poorest people of SA first, as opposed to the desires of populist leaders or members of the party. DM168

Heather Robertson is the editor of Daily Maverick 168.