As Jacob Zuma faced his darkest hour, he discovered tha...

As Jacob Zuma faced his darkest hour, he discovered that when days are dark, friends are few 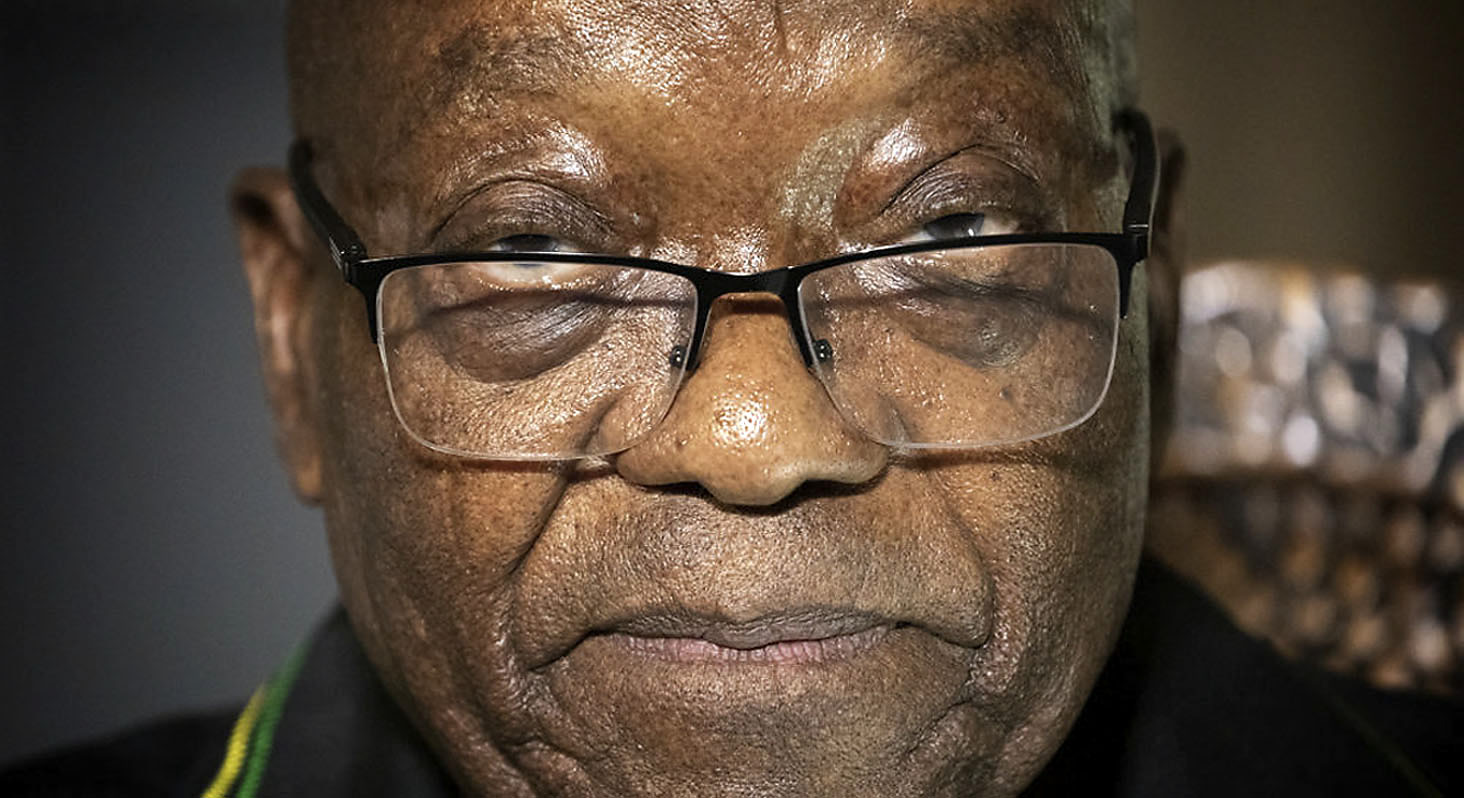 It is also important to dispel the myth of Jacob Zuma’s grassroots support. The claim is not backed up by empirical evidence.

When former president Jacob Zuma faced his darkest hour, he was alone. A mere 40 minutes to midnight on 7 July, Zuma’s state-sponsored guards drove out of his Nkandla homestead at high speed in black SUVs and handed him over to the Estcourt Correctional Centre, where he began his 15-month sentence.

Manning the gate at the 14 hectare homestead – which stands in stark contrast to the neighbouring modest dwellings – was a visibly inebriated Edward Zuma, armed with a stick and flanked by a handful of fellow travellers. In previous interviews, he had vowed to lay his body on the line to defend his father.

Standing across the road from the Zuma homestead on that day, I could not help but notice that the hundreds of “Zuma supporters” who had gathered at Nkandla a few days earlier were nowhere to be seen. These are the same “supporters” who had threatened to do everything in their power to block attempts to bring Zuma to justice.

But at the hour when he needed them the most – as the midnight deadline for the police to arrest him drew near – he cut a lonely figure while media cameras flashed away at the speeding motorcade.

On 4 July, they had shared a platform with Zuma, nodding uniformly as now-suspended ANC member Carl Niehaus declared that they would fight to the bitter end to ensure the police did not arrest Zuma.

The Umkhonto weSizwe military veterans who camped in a tent outside Zuma’s property, claiming to be the protectors of the former president, were not even there to see off their patron.

The point here is that in the end the Constitution and the rule of law triumphed. As sad as Zuma’s incarceration may be for some, it was important that the Constitutional Court be respected. Zuma’s defiance and his attacks on the court were damaging to the court and our country.

As Constitutional Court Judge Sisi Khampepe said, when reading the judgment that committed Zuma to jail for 15 months for defying the court’s order, Zuma’s attacks on the highest court in the land had the potential to erode its status.

“If with impunity litigants are allowed to decide which orders they may wish to obey and which they wish to ignore, then our Constitution is not worth the paper on which it is written,” said Khampepe.

Allowing Zuma off the hook would have further dented the court’s image, rendering it toothless.

The lesson to take from this episode is that, despite the tough talking and warmongering, South Africa has a strong judiciary and institutions of democracy.

It is also important to dispel the myth of Zuma’s grassroots support. This claim is not backed by any empirical evidence. If anything, the ANC’s electoral support over the Zuma years has declined significantly – to a point where the party lost three important metros in the 2016 local government elections.

To further prove this point, even Zuma’s kwaDakwadunuse homestead falls under the Nkandla municipality, which remains under the IFP’s control. The IFP won Nkandla by a convincing 54% in 2016.

How is it possible that a man so popular does not even enjoy the support of his neighbours? The truth is that the hundreds gathered at Nkandla over the weekend were rent-a-crowds that travelled mostly from eThekwini, and some from Gqeberha in the Eastern Cape, where Zuma ally Andile Lungisa lives, while another grouping came from the Free State and Mpumalanga.

That explains why they were nowhere to be seen when he was arrested.

We have heard threats of a shutdown and have seen a few incidents of civil disobedience in some parts of KwaZulu-Natal, but these threats are part of an orchestrated campaign to undermine our democracy. They are not civil unrest fuelled by Zuma’s arrest.

In the same way that a few opportunists gathered in Nkandla on Sunday, those behind the “shutdown” are not genuine Zuma supporters.

They are mere chance-takers who want to use Zuma as their battering ram against the current ANC leadership under Cyril Ramaphosa. By associating with Zuma they have sought to use his political and legal woes to mount their campaign. In the process they gave him a false sense of invincibility.

That is why it was important for the court to punish Zuma. It sends a message to the anarchic so-called Zuma supporters that their threats of destruction and mayhem will not be tolerated.

After all, they have already been shown to be all bark and no bite.

Law enforcement agencies must once again show that we are a functioning democracy with strong institutions. DM168