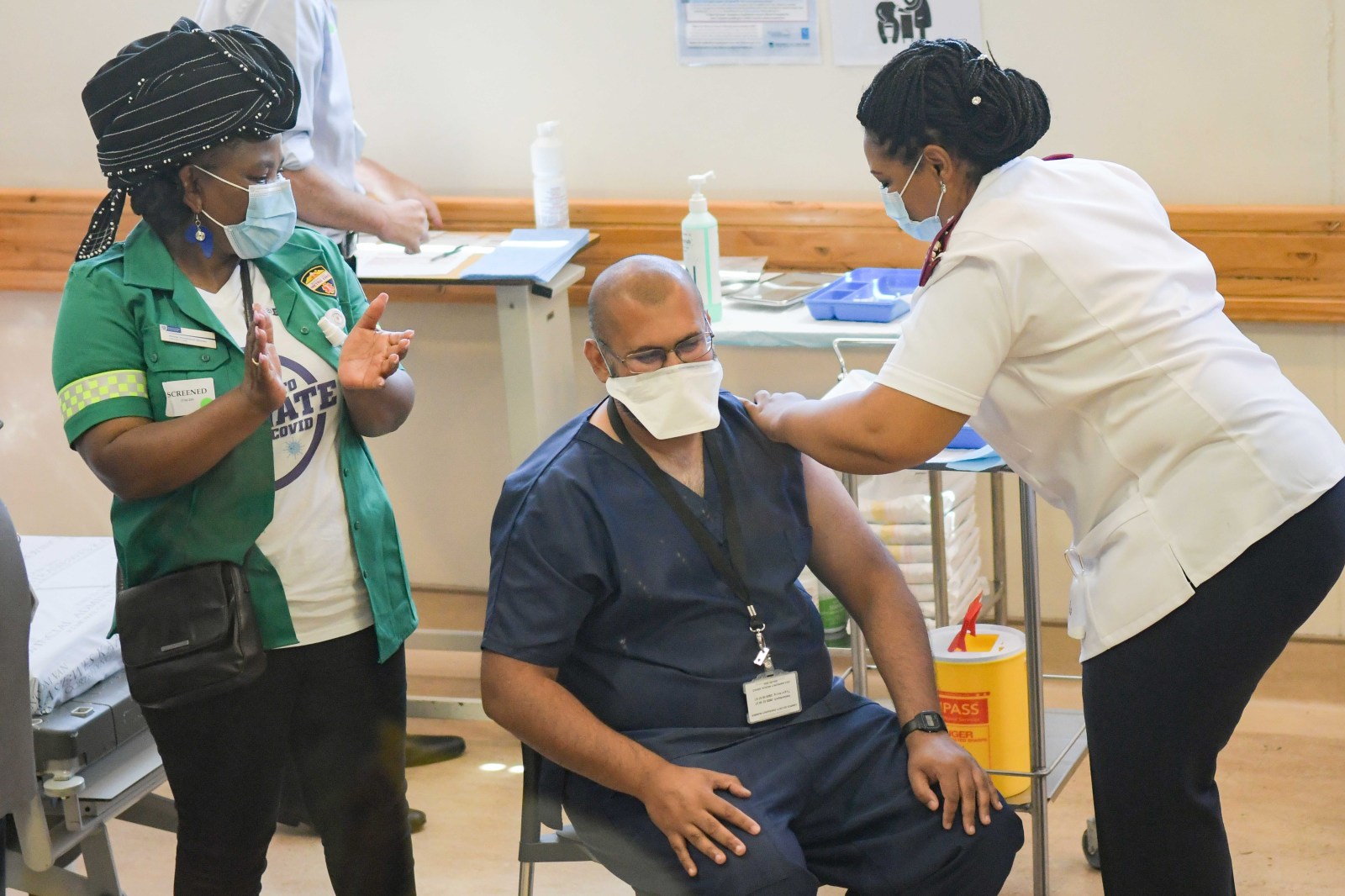 Evidence accumulates that Covid-19 vaccines are saving lives across the planet.

The vaccine roll-out is proceeding full steam ahead, with over 190,000 doses administered on 8 July according to the health department. Over 4 million vaccine doses have been administered in South Africa since the roll-out began in February. Over 1.2 million people have been fully vaccinated (either one Johnson & Johnson or two Pfizer doses).

The daily doses administered have steadily climbed over the past two weeks. The only exception is on weekends, when doses administered drop to low numbers (just over 20,000 the past weekend), but this should be rectified by 1 August according to the Acting Minister of Health Mmamoloko Nkhensani Kubayi. She also said the roll-out will reach 250,000 doses a day by the end of next week.

This is by far the most number of vaccines administered in the shortest period of time in South African history. After a slow start mired in problems, the vaccination programme is doing well. Moreover, as this Spotlight report on the Nids-Cram survey explains, vaccine acceptance is growing.

Worldwide, about 3.3 billion doses have been administered. Africa lags far behind, with fewer than 60 million doses administered in total. On the continent, Nigeria and South Africa have administered the most doses, but several smaller African countries have vaccinated a greater proportion of their populations. Mauritius leads the way on the political African map with 17% of its population fully vaccinated.

The vaccines we are using in South Africa have been properly tested in clinical trials so it’s no surprise that they work. The Western Cape government reported on Thursday that 320 of its more than 23,000 vaccinated health workers have contracted Covid-19, about 1.4%, but none have died (seven were admitted to hospital but none to intensive care). Considering the surge in infections in the province and the exposure of health workers, this is fantastic news.

Internationally, it’s clear that vaccines are working. For example, BBC News reports that in the UK unvaccinated people are at far greater risk of being infected and dying from the delta variant. CNN reports that all 130 people who died of Covid-19 in the state of Maryland in June were unvaccinated.

The Covid-19 vaccines in South Africa work. If you’re eligible, most vaccine centres are now accepting walk-ins. Registration for 35 to 49-year-olds opens 15 July. Vaccination for this group will start 1 August. DM