What to do about a wounded tiger? ANC leaders in KZN in...

What to do about a wounded tiger? ANC leaders in KZN in a quandary rooted in a long history with Zuma 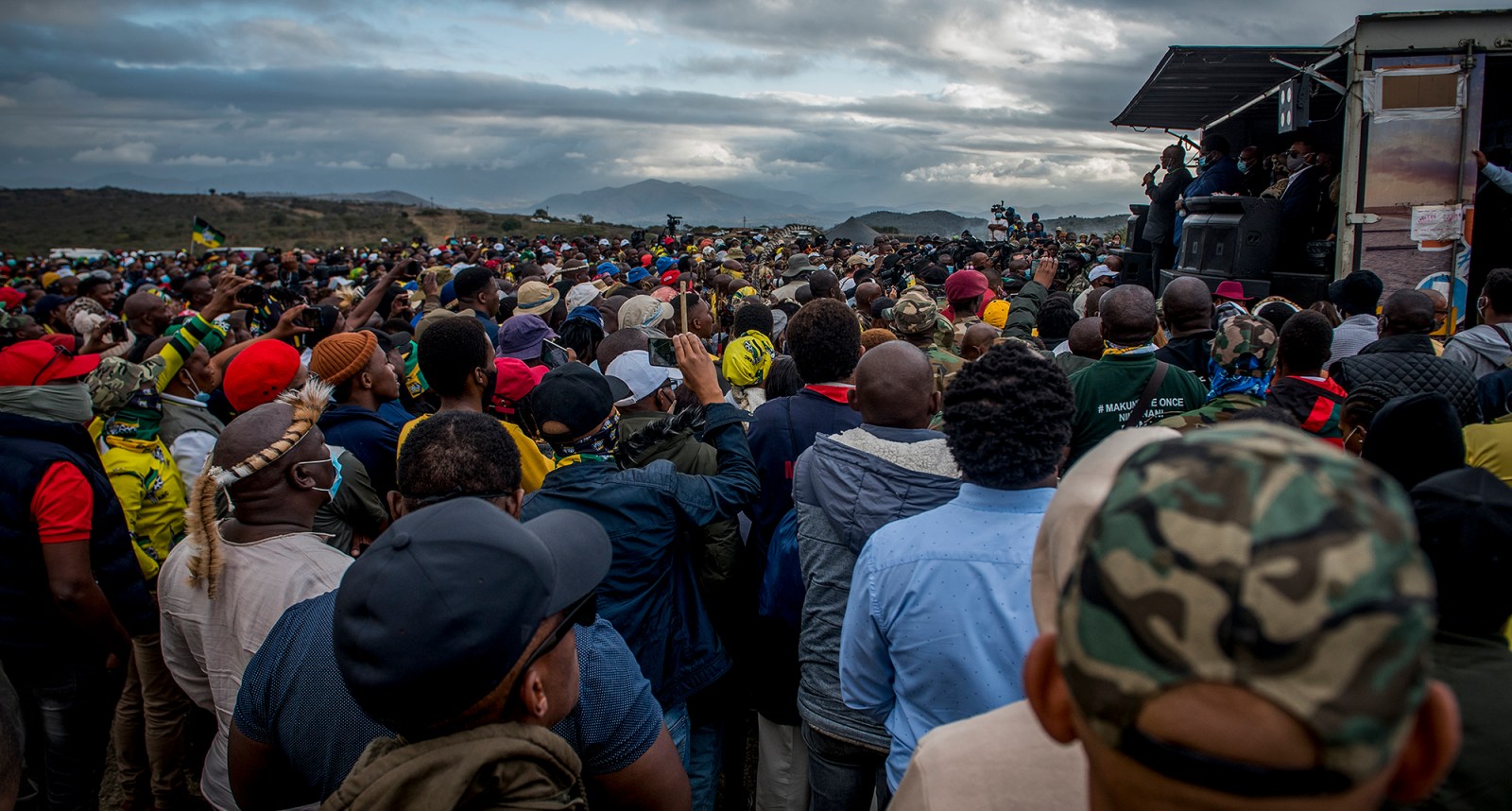 As the leadership of the ANC in KwaZulu-Natal agonises over an appropriate response to the former president’s imprisonment, it remains very much afraid to dismount this wounded tiger who served its interests so well in the past.

Despite numerous efforts to advise Jacob Zuma against persisting to undermine the rule of law and the authority of the apex court in the land, the ANC now finds itself having to contend with the wrath of his wayward followers who are extremely angry about the turn of events. In their world, Zuma has not brought any of this upon himself and should therefore be defended, even if it means the province plunges back into the kind of political violence of the late 1980s and early 1990s.

For everybody else outside the inner circle of those who Zuma listens to these days, it was always obvious that it would all end in tears despite the bravado and purported resolve to defy the law to the end.

As the national leadership of the ANC indicated after deliberating on the latest turn of events, the organisation cannot do much now for Zuma except to let the legal processes take their course and hope for the best for their leader.

But for the provincial leadership that is rightly or wrongly perceived to be anti-Zuma, it will not be that simple to manage the difficult period ahead.

The locking of the doors at the Estcourt Correctional Centre does not in any way mean that things will return to normal. Zuma had already prepared his supporters for when he would be a “prisoner of conscience”, as he described himself at the final media conference at his home before he handed himself over.

The leadership will remember well how we got here.

For decades the organisation enjoyed the ride on the back of Zuma’s massive popularity among the rank and file. The majority were not card-carrying members of the liberation movement. They had not been schooled in revolutionary theories that would have assisted in their development into cadres that fully embraced the meaning and ethos of being an ANC member.

The ANC needed the numbers as it swept into power in the province and reversed the initial setback of the outcomes of the first two general elections after liberation that had seen arch-rival the Inkatha Freedom Party lead the government.

KwaZulu-Natal became the ANC’s largest power block as represented by the size of its delegations at elective conferences. It was thus able to sway the vote in Zuma’s favour when he warded off Thabo Mbeki’s challenge for the presidency of the organisation in Polokwane in December 2007.

By then, various conferences of the ANC had deliberated on the dangers of failing to nurture the ideal type of cadre in the movement. There had been warnings about crass materialism, the buying of votes, the dangers of ethnicity and racism and a general departure from revolutionary discipline.

This is not to suggest that all the blame for what became of the calibre of the cadre of the ANC in KwaZulu-Natal should be laid at Zuma’s door alone.

Many leaders from the province climbed up the national political stage on the back of Zuma’s popularity at the height of his stand-off against Mbeki and those who would later defect to form the rival Congress of the People.

Prominent leaders of the South African Communist Party, the Congress of South African Trade Unions, the Youth League and the Women’s League all have a history with Zuma.

Importantly, he has their history as well, as he does with the current provincial leadership.

They were with him when they were trumpeting conspiracies about the murder of former SACP and Umkhonto weSizwe leader Chris Hani. They were together when they bemoaned the selective morality that made it possible for some leaders to be prosecuted for corruption while the National Prosecuting Authority was prevailed upon to spare others.

Not many would have imagined then that Zuma could actually go to prison for the relatively minor offence of disobeying a court order when throughout his adult life he could have been incarcerated for life or even sentenced to death for political deeds.

But today, as he wakes up in prison, he realises that he has not been able to persuade his comrades that his defiance of the Constitutional Court order is still part of the grand conspiracy against him that he cautioned about those many years ago. He must be feeling abandoned and betrayed by many among his comrades who stood by him in the past.

His organisation would have preferred full cooperation with law enforcement agencies, as much as it tried in vain to convince him to present himself to the State Capture Commission.

Now that he is on his own, it will be difficult for the ANC to rein him in or to control those who still believe he is being victimised.

Over the years Zuma has cemented relationships with many groupings that pay no particular allegiance to the ANC. Some are even openly hostile to the current provincial leadership because they claim the government has not delivered radical economic transformation. They bemoan that minorities benefit from the bulk of government tenders because some politicians receive kickbacks.

Among these are the Delangokubona Business Forum which has caused a number of major projects in the province to grind to a halt as it demanded a slice of the pie while threatening violence.

Zuma is also known to be very close to prominent taxi operators in the province who would have been involved as taxis blockaded the highways in the aftermath of his sentencing by the Constitutional Court. The brazen act of disrupting traffic on major provincial roads to demonstrate support for Zuma shows that they have no qualms about causing mayhem.

Ominously, the taxi industry is the most violent in South Africa. Automatic rifles, the sounds of which reverberated across the Nkandla hills last week, are often brandished publicly in many taxi ranks in KwaZulu-Natal. Assassinations and revenge attacks are a common feature, and scores of passengers have been killed over the years.

Zulu regiments, that arrived in their numbers in Nkandla last week, have also taken ownership of Zuma as one of their own and for whom they are ready to “lift their spears”. The Zulu Royal Family says they have not been mandated to support Zuma, but that is exactly the problem. Like the other groupings, they are not accountable to anybody else.

Those still standing by Zuma now are a law unto themselves. The police thought it prudent not to confront them when they broke the law blatantly in Nkandla, which would suggest that the threat they posed was real. There have even been suggestions that a bloodbath, or another “Marikana”, was averted by the measured response of the police.

Ever careful not to be held personally responsible, Zuma told the media that he had not mobilised anyone to defy the law in his support.

In other words, whatever they do to demonstrate displeasure at his imprisonment will not be Zuma’s fault.

Tough days lie ahead for the provincial leadership as it goes out to campaign for support in the local government elections and when Zuma comes back to the Pietermaritzburg High Court for the Arms Deal corruption trial.

The tiger is indeed wounded. But those who enjoyed the ride are afraid to dismount. What if the animal does not bleed to death in the wilderness that is the prison cage?

Politically speaking, that is? DM