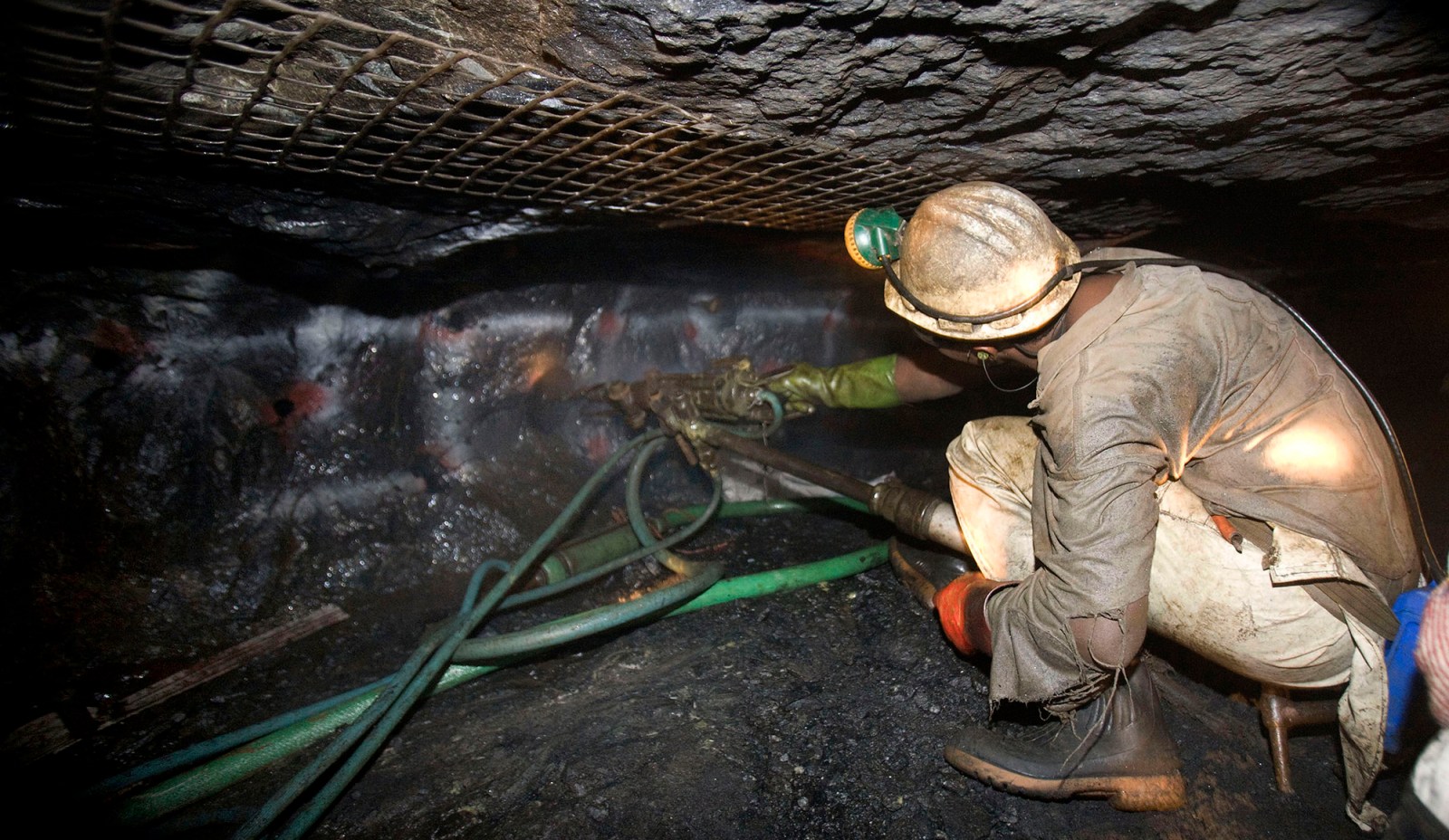 A mine worker uses a drill on the rock face as he works deep underground. (Photo: Nadine Hutton / Bloomberg via Getty Images News)

By 5 July, South Africa’s mining sector had recorded 32 deaths so far in 2021, compared with 24 in the same period last year. Despite the spike, the overall trend remains in the right direction.

South Africa’s mining industry has made strides on the health and safety front, but the noble goal of “zero harm” remains elusive — and that may well be the case until it is only robots that go underground.

According to data compiled by industry body the Minerals Council South Africa, 309 miners were killed on the job in 1999. That’s about one a day, if Sundays are excluded.

By 2019, the body count had been slashed to 51, a record low over the past century of the industrial-scale mining which built Africa’s most advanced economy while entrenching racial disparities in wealth and income that persist to this day.

A range of factors have been behind these improvements, including pressure from regulators, unions and investors, with the latter increasingly concerned about ESGs — environmental, social and governance issues. Mechanisation, where the geology has allowed, has played a role, along with the rollout of safety nets and other initiatives in conventional settings.

But worryingly, the toll rose to 60 in 2020, a year in which fewer work hours were logged in the sector because of lockdown restrictions.

In 2021 to date, 32 miners have lost their lives on the job in South Africa, a 33% increase on the same period last year, the Minerals Council revealed on Thursday during a media briefing to mark its annual National Day of Health and Safety. 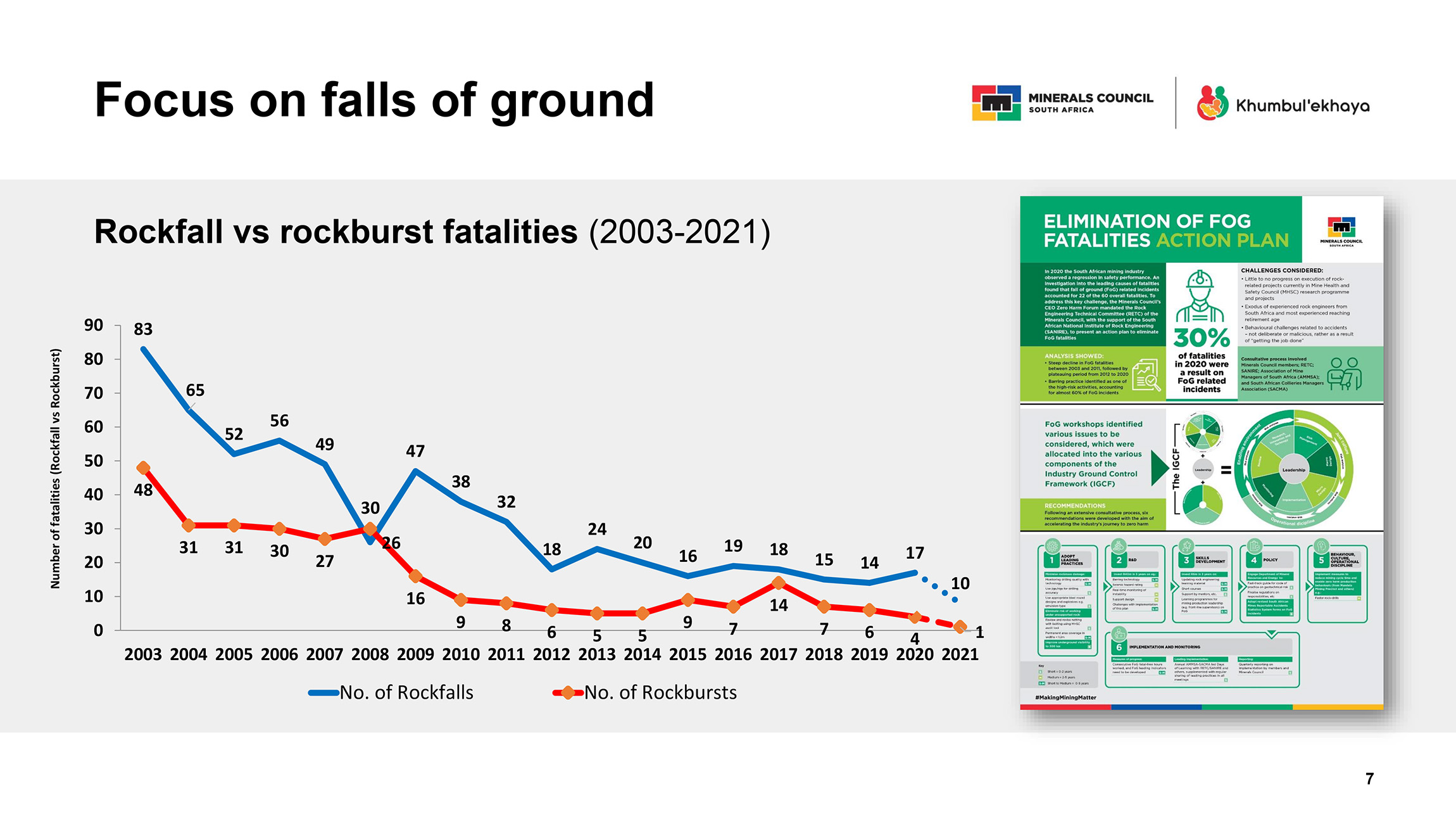 “Falls of ground” and “rock bursts” combined accounted for 11 deaths this year, the same number recorded in the same period in 2020, which remains a major cause of concern.

Challenges include an exodus of experienced rock engineers from South Africa, with most of those remaining reaching retirement age.

The committee’s recommendations include spending R40-million on R&D over five years in areas such as seismicity and the real-time monitoring of signs of instability or stress in rock formations. Skills development to fill the rock engineering gap, promoting changes in risky behaviour and revising bolt netting techniques are among the other recommendations.

The industry can certainly afford to spend some money on this issue as the current commodities boom flows to the bottom line of many companies, massively boosting their profits. And overall, things are a far cry from the apartheid and colonial eras, when the lives of grotesquely exploited black miners hardly registered in the boardroom. DM/BM/MC