The sting in the yellowtail: Small-scale fishers’ lost seasons after markets dry up under Covid lockdowns 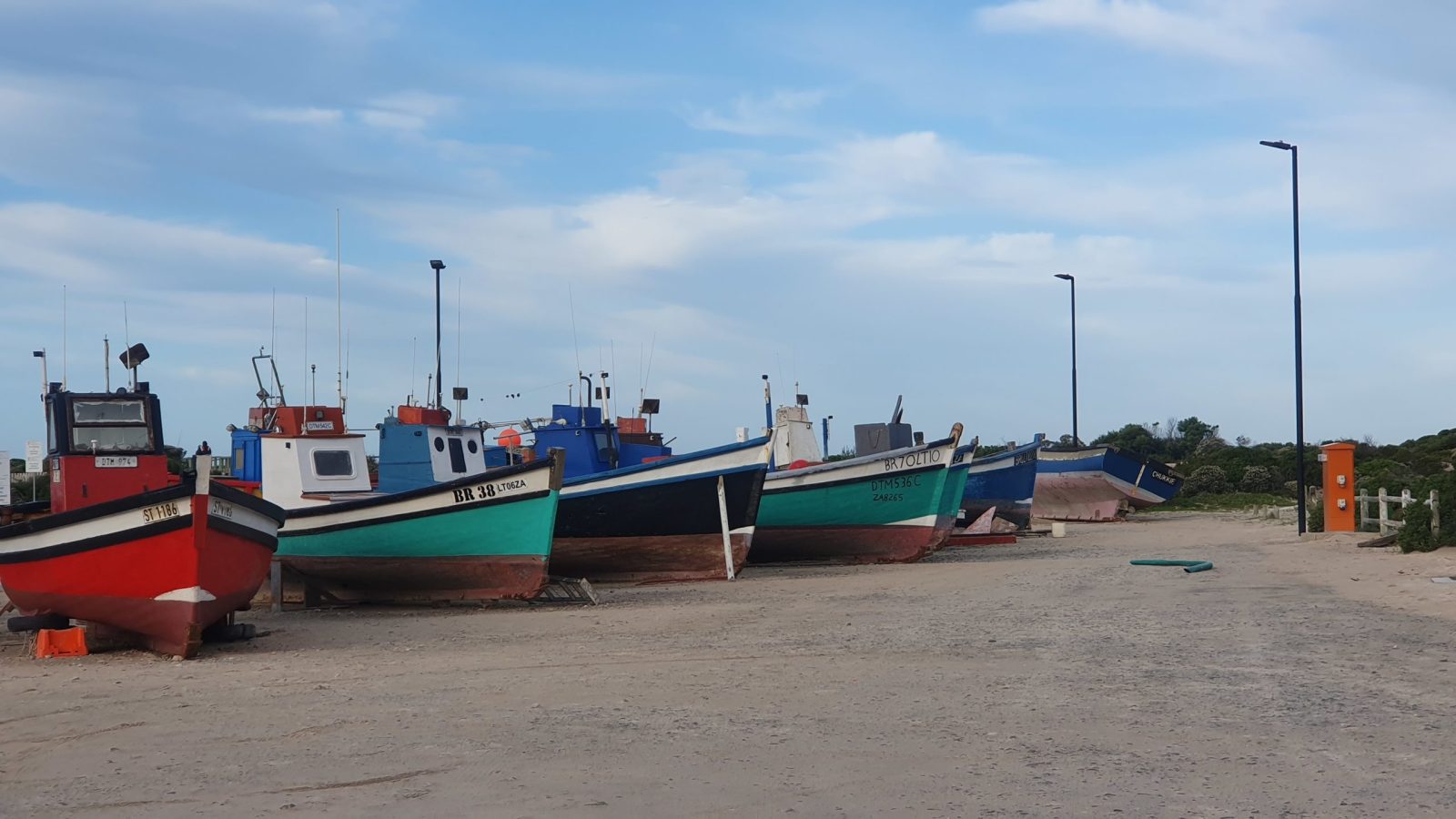 Last year in March, in the middle of the yellowtail season, South Africa went into hard lockdown. Restaurants were shuttered, movement was restricted and borders were closed to exports, which undermined the market for fish, including yellowtail — a key resource for small-scale fishers in coastal towns.

Maia Nangle is a Project Officer at Masifundise Development Trust. This article is based on field research conducted as part of a study on The Impacts of Covid responses on the Political Economy of African Food Systems in Ghana, Tanzania and South Africa, which is led by the Institute for Poverty, Land and Agrarian Studies (PLAAS) at the University of the Western Cape and supported by the Canadian government’s International Development Research Centre (IDRC).

The geelstert (yellowtail) is a favourite, much-consumed fish in South African households, as well as an important source of annual income for small-scale fishing families and communities across the country. Fisherfolk nationwide, including from communities in Gansbaai and Yzerfontein in the Western Cape, travel to Struisbaai near the tip of Africa to harvest the species when it arrives in large shoals along the country’s western and southern inshore zones from November to May each year.

During the yellowtail season, the heart of Struisbaai beats for the fish, which becomes the focus of the entire community. Small-scale fishing boats flock to the ocean and when they return to harbour loaded with tons of yellowtail, buyers who have come from far and wide are waiting on the shore to make their purchases. The fishermen chuck the fish into buckets on the quay. The slap of fish landing on fish is audible above the screams of the seagulls flying above. The catch is weighed and measured to ensure that it meets quota requirements and is then transferred to ice trucks to be transported to Strand and Cape Town and beyond to be processed and sold — including to restaurants, or to be exported around the world.

Meanwhile, the other species that are fished in the waters off Struisbaai experience a few months of reprieve and are afforded time to replenish their stocks in preparation for the offseason — winter months when yellowtail is not available to the fisherfolk.

However, last year in March, in the middle of the yellowtail summer, the South African government placed the country under a hard lockdown in response to the global Covid-19 pandemic. Restaurants were shuttered, the movement of people around the country was restricted and international borders were closed to exports, all of which undermined the market for fish, including yellowtail.

Small-scale fishers, fish workers and traders were forced to adjust how they marketed this usually lucrative product and how they earned a living. The price for yellowtail fell by more than half as demand decreased. The fishers were left with no option but to sell their catch for the extremely low prices on offer or watch the langanas (fish traders) walk away and buy from the next fisher.

As sales to restaurants and large firms processing fish for export were cut, a shift towards a more localised market emerged, characterised by sales in the local community along with smaller purchases. Some smaller langanas who were prepared to buy fewer fish moved into the market as the demand for bulk purchases dropped. This had the positive effect of increasing the number of buyers, thereby increasing competition, although the traders were still able to set a price.

With incomes being lost as export and restaurant markets fell away and langanas set low prices, the relative costs of going to sea rose, and fishers increasingly found themselves operating at a loss. In response to this, the local Struisbaai community stepped in to purchase more fish, in part to show solidarity and help fishers and traders secure their livelihoods.

It has been more than a year since Covid-19 landed on the shores of South Africa, and fishing communities continue to be squeezed by low prices for fish despite the easing of the lockdown restrictions on the economy and mobility. For the second season in a row, small-scale fishing communities have been unable to derive significant benefits from the movement of massive schools of yellowtail across their waters.

Although this has led to great hardship, since these communities generally secure a large portion of their annual income from harvesting this high-value species, the government failed to intervene and allocate financial support or subsidies, as it did in the agricultural sector. Indeed, small-scale fishers were not even recognised as essential service providers during the hard-lockdown restrictions introduced last year.

Meanwhile, the pandemic and the government measures to address it have not only led to financial struggles for both the fishers and fish traders, but have also significantly changed the customer and consumer base for the goods they produce and distribute.

Under the new normal, with fish prices still not having recovered and small-scale fishers being forced to make do with what they can get, the future remains uncertain. DM