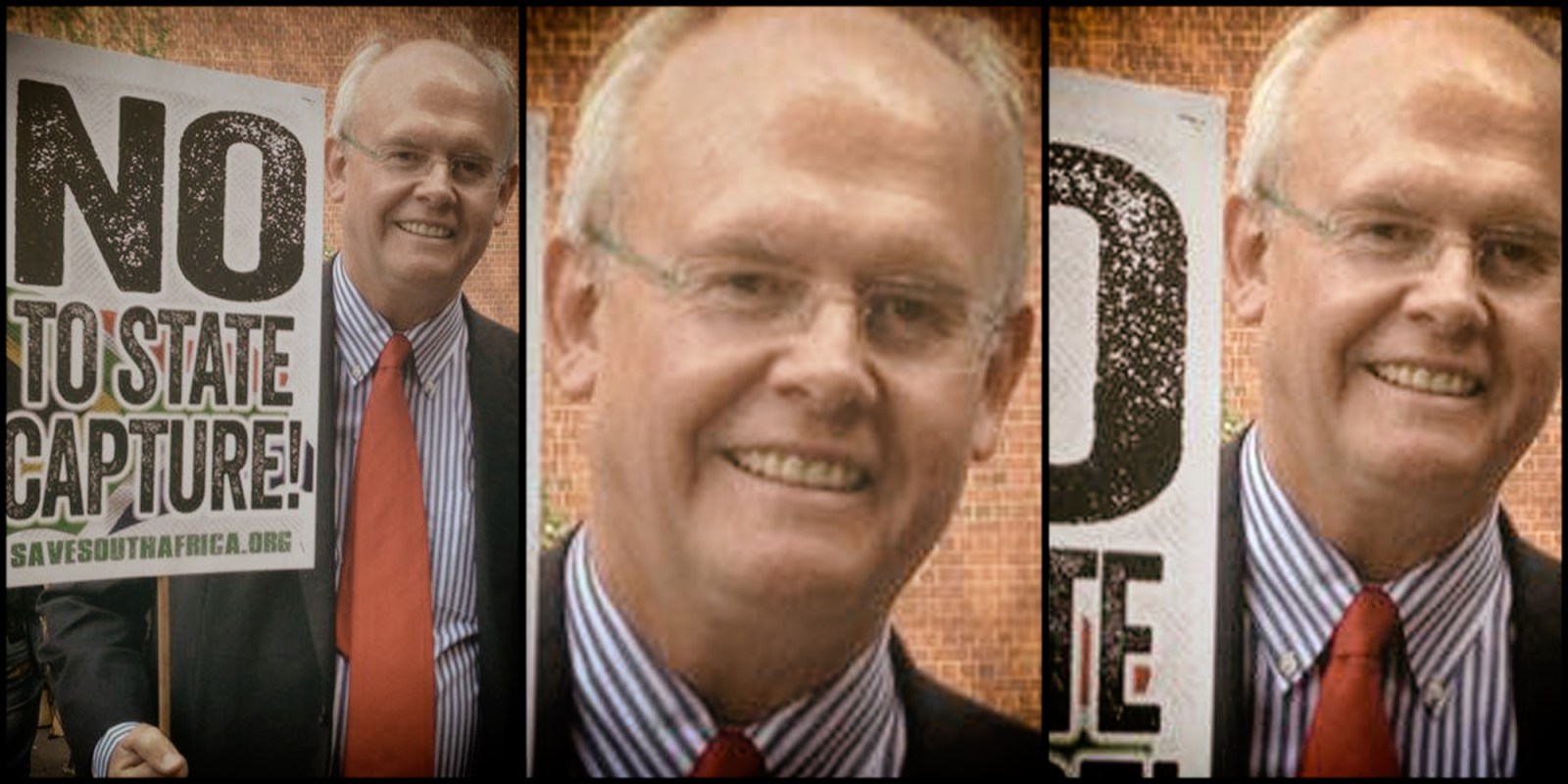 Some lawyers are liked, some are admired for their abilities, some are respected. Few have all these qualities. Robert Legh was such a lawyer.

Robert Legh succumbed to complications arising from Covid 19 on 1 July 2021. In this time of ubiquitous sorrow, many have wanted to mark his death and recognise the imprint he left upon South Africa.  He was a lawyer of great professional accomplishment whose long and distinguished career at the law firm Bowmans (formerly Bowman Gilfillan) culminated in his appointment as the firm’s chairman and senior partner. There are lawyers who follow this professional path, and leave behind well-served clients and professional regard. That is true too of Legh, but it is a small part of his story.

Legh qualified as an attorney in the 1980s, as apartheid South Africa was coming to an end, and a new democratic society was being born. He was among that relatively small group of white South Africans who looked upon the change without apprehension, but rather, with a sense of gratitude that we were to be freed from a dismal and reprehensible past.  There was work to be done and Legh had a role to play.

Although Legh was to work extensively with and for business in the course of his career, it is less well known that in his early years as an attorney he represented the unions in labour disputes. It left an impression upon him. Though he was to go on to act for prominent and powerful companies, Legh recognised that conflicts determined through strong and independent institutions build an inclusive democratic society. He was given his opportunity to test this conviction.

Democratic South Africa inherited a sclerotic system of competition law. An important legislative object of the new government was to open the economy to the majority of South Africans whose economic opportunities were so blighted by apartheid’s depredations. A new competition law regime was one way to do so. Sectors of South African business were hostile to change.

Legh played an important advisory role in persuading important business interests that a modern competition law was both necessary and desirable. As the legislation went through Parliament, Legh’s was an important voice of reason. He helped to bring about the passage of the Competition Act based upon independent institutions of investigation, prosecution and adjudication, with ultimate supervision by the courts. The substance of the law cohered with other leading competition regimes in the world, while retaining features that recognised South Africa’s specific history.

The Competition Act and its institutions gave rise to an area of professional practice that assumed considerable importance. Legh had contributed to its birth and was to spend many years developing one of the leading competition law practices. He was the lead attorney in significant mergers and restrictive practice cases that came before the Competition Tribunal and the Competition Appeal Court.

His understanding of the law and the acuity with which he applied it won much praise. His successes were many. Clients looked to him for his wise and balanced advice. What stands out about Legh was the calm, measured way in which he applied his talents as a lawyer to the great benefit of his clients, but with consideration and respect for his opponents, and the institutions within which litigation was conducted. Some lawyers are liked, some are admired for their abilities, some are respected. Few have all these qualities. Legh was such a lawyer.

Unsurprisingly, given his talents, Legh was drawn into the management of his firm. In 2014, he was elected to serve as the firm’s chairman and senior partner. Bowman Gilfillan, as the firm was then called, resisted the fashion for merging with a large international firm. Rather, it pursued a strategy of building a strong African law firm, with a considerable presence across the continent, and well-developed relationships with prominent firms in other parts of the world. Legh helped to fashion and implement this strategy, and did so with relish. He travelled widely and frequently to build these relationships. He recruited lawyers in other African jurisdictions to the firm, integrated their practices, and built durable alliances.

What stood out was his quiet authority, his ability to draw people together, and his innate sense of fairness, rising above petty differences that are ultimately inconsequential. He was a leader who led with soft power and all prospered.

As the pandemic engulfed South Africa, and many retreated into protective introspection, Legh joined the leadership of Business for South Africa to assist the country. He chaired the labour workstream. His tenacity helped ensure that the Unemployment Insurance Fund paid out billions under the temporary employer/employee relief scheme to alleviate the plight of so many. It was an accomplishment that so well exemplifies Legh’s qualities. It required endurance, persistence, diplomacy, careful thought, and, above all, a calling to do something that made this part of the world a better place.

At his 50th birthday party, he spoke about his rootedness in this country, and his identification with its people. He was a patriot in the best sense of the word. It mattered that we thrived. He suffered our reverses and took pride in our success. But his views were never parochial. He travelled widely and curiously. He read voraciously. He followed the ideas and debates of our times. He had cosmopolitan tastes. He had an effortless sociability and gravitational pull that made him a friend to many. As he struggled for his life, in the last two months of his life, a “Rob’s WhatsApp group” was formed. It had hundreds of participants from across the world, willing him to live. Against a deadly pathogen, will, sadly, was not enough. But this group demonstrated, daily, the sheer number of people to whom he mattered.

His life ended too soon. He was at the height of his powers. His was an unusual combination of qualities. He applied them to matters of importance, in the time and place in which he lived. And many have good reason to be grateful that he did so.

Legh is survived by his wife, Kathryn, and their children, Tom and India. BM/DM