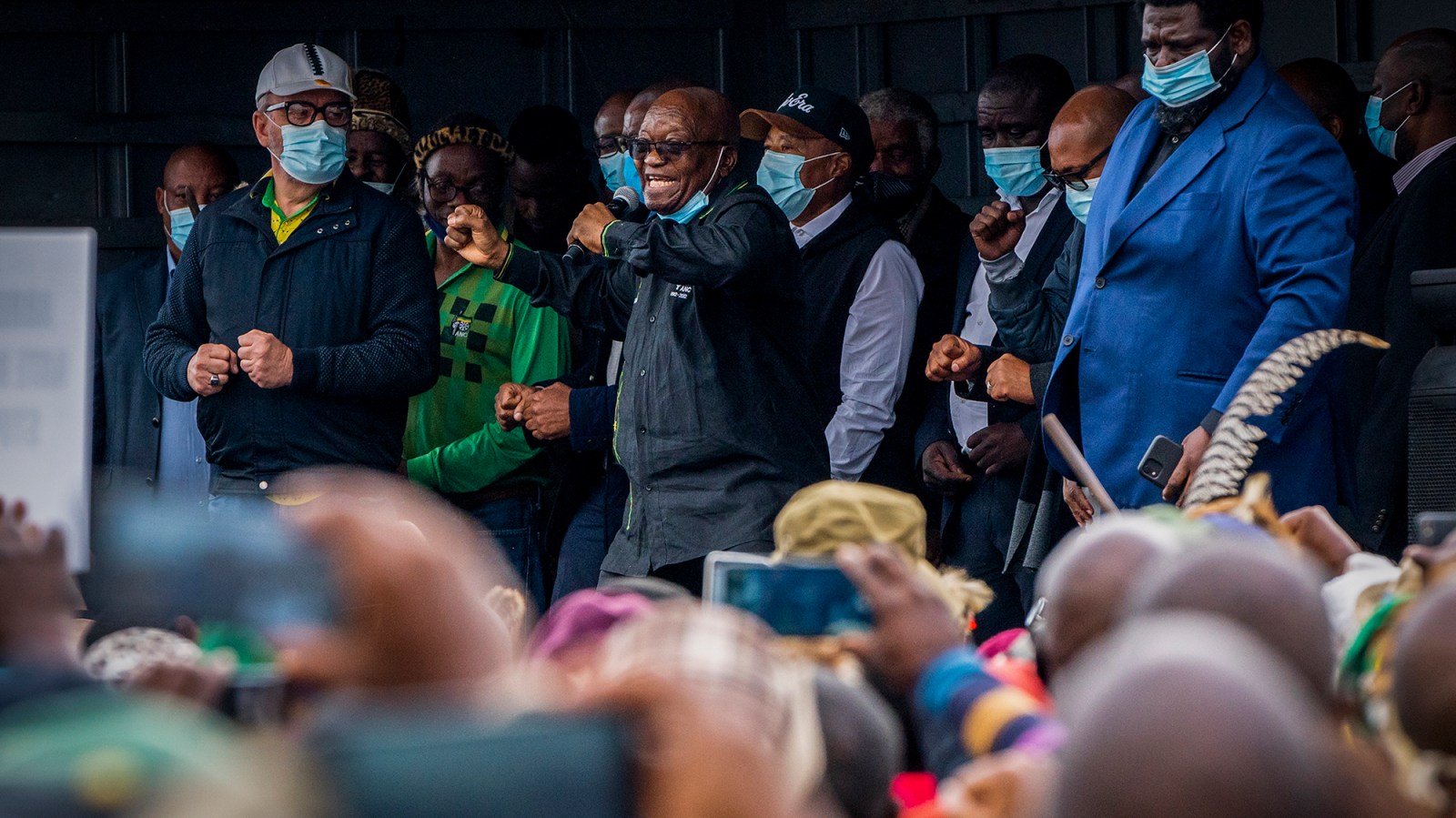 Jacob Zuma was to South Africa’s rand what Donald Trump was to the US dollar. Ultimately, not much.

Jacob Zuma and Donald Trump: The apocalyptic reign of these two populist presidents gifted their respective currencies near anthropomorphic qualities – when the demise of their chaotic administrations looked imminent, the currencies would rejoice, or rally, like a steely, sweat-soaked Comrades Marathon runner braving a torn tendon.

When, time and again, they shook off yet another scandal, seemingly emerging more invincible than before, their respective currencies “took a pounding”.

The currencies would lie stricken for days in the wake of these buffed-up demagogues, like the hapless baddie in a stop-motion mash-up of Jean-Claude Van Damme fight scenes.

It was ugly and entertaining, if not a little too real – a weak and volatile currency begets a pervasive uncertainty, stokes inflation and inflames the kind of political divisions that lead to policy paralysis antithetical to economic and investment growth. South Africa, over the course of Zuma’s tenure, will go down as a textbook case of the negative impact of capricious local leaders in a highly globalised world.

In December 2015, when Zuma inexplicably fired Nhlanhla Nene as finance minister in the dead of night, the rand fell and fell and fell, eventually hitting a record low of just above R16/$. In all, the country became R5-billion poorer over those few days, according to National Treasury estimates.

The slide was only arrested when Zuma was forced to back-pedal and appoint Pravin Gordhan as finance minister. Two years later, in late 2017, when Zuma lost the ANC leadership race to Cyril Ramaphosa, the rand strengthened to its best in four years.

An IMF paper found that from about 2012 onwards (Marikana), the rand was increasingly susceptible to negative local news, compounding the impact of the heightened effect of global uncertainty as China and the United States raced toward a collision of Cold War proportions. The last thing that South Africa’s staggering economy needed was uncertainty at home. What we got was just the opposite – a near daily deluge of poisonous politics and policy prevarication, leaving the rand to swing ever more violently.

But on Wednesday night, at 15 minutes to midnight, when the Jacob Zuma Foundation tweeted that the former president had finally surrendered himself to the police to serve a 15-month jail sentence for contempt of court, the rand barely blinked.

It began the day trading at around R14.36 to the dollar. At midnight, it was trading at R14.32/$. The live television coverage of black SUVs speeding out of Zuma’s Nkandla homestead ferrying him to the prison in Estcourt, failed to rouse the rand. By 9am on Thursday, the rand had hardly budged, trading at 14.38 to the dollar.

Some traders reminisced darkly on social media about how the rand in the bad old days would have soared on the news. And perhaps it should have. The arrest and imprisonment of a former president is not nothing.

Granted, Zuma no longer holds formal political power. It is three years since he was forced from office, and the sound and fury of his support base, which had gathered outside his home threatening civil war should their man be taken away in handcuffs, proved to be all show. Nevertheless, Zuma’s influence runs wide and deep.

His belated, insincere call for “radical economic transformation” resonates with many in the country who live daily with the humiliation of unemployment and poverty. The slogan is the theology upon which opposition to the economic dead end the country is in, is built on.

Perceptions, and the words and deeds of our leaders, matter greatly in the world of global finance.

That the rand shrugged off Zuma’s arrest is not proof that his influence has waned to nothing, and that populism fuelled by social media, spectacle and an unceasing news cycle is no longer an existential threat. It is not proof that investors are no longer worried about South Africa’s growth prospects. Instead, it tells us we are at a point where politics is no longer the main determining factor.

We should rejoice that the rand kept schtum and that Zuma’s gravitational impact on the currency has been severed.

The non-spectacle of a bloodless transition of power tells investors and anyone else who might help lift the economy to higher ground, of a more fundamental shift in South African politics. It tells of the deepening of the rule of law, of an era of a more transparent, predictable policy path. Exactly what South Africa needs. DM/BM