Collective trauma: Dialogue is essential after suppressed discontent in Eswatini finally boils over 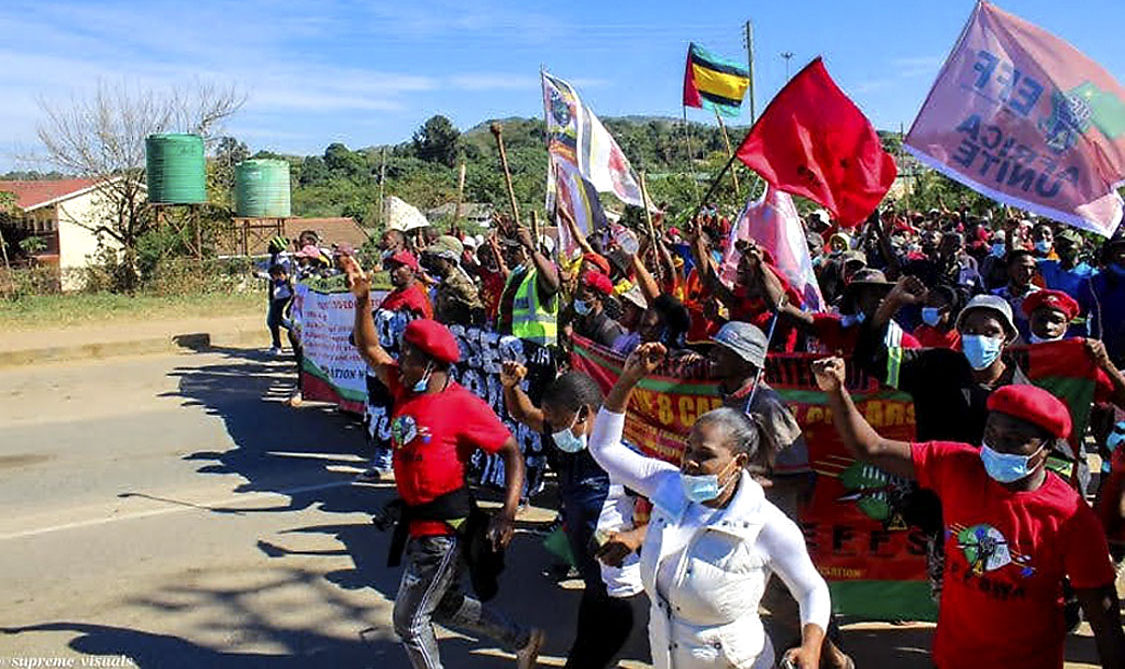 There has been an unprecedented outpouring of anger on the streets of Eswatini. (Photo: Supplied)

There is a curious sense of disembodiment among the populace of Eswatini. It is a numbness that comes from being unable to comprehend how an essentially peaceful nation can so suddenly become unbalanced.

Kunga Tisho, the author of this article, written on 6 July 2021, is a longtime resident of Eswatini.

Eswatini is going through a collective trauma that has stunned, and continues to stun, the nation. The country has just experienced four days of rioting, looting, destruction of property, and an unconfirmed number of deaths at the hands of the army. Industrial buildings have been destroyed, retail food outlets looted and burnt, and delivery trucks hijacked and burnt.

There is a curious sense of disembodiment among the populace. It is a numbness that comes from being unable to comprehend how an essentially peaceful nation can so suddenly become unbalanced. How elements of criminality and thuggishness have reared their ugly heads. How the country’s leadership structures have demonstrated a degree of ineptitude. How deep-seated and culturally fundamental institutions such as the monarchy can suddenly be publicly called into question.

The signs of discontent have been hidden in plain sight for some years, yet there has been perhaps a collective head-in-the-sand attitude that all the elements of disquiet and discontent will somehow be sorted out in the future; but it appears that these pockets of dissatisfaction can no longer be kicked down the road. Dialogue is now being demanded.

The anger and resentment in Eswatini are rooted in a number of issues. The wealth divide has widened considerably. Rural poverty is an issue that has not been grasped and neither has the high level of unemployment in the urban and peri-urban areas been properly addressed. Corporate corruption and white-collar fraud have long been acknowledged and accepted as a regrettable status quo. There is resentment that just a few well-placed and well-connected players in the corporate world are benefiting at the cost of the majority, the health of the economy, and crucially, the standing of the country at regional and international level.

At a political level, there are mechanisms that allow for a degree of democratic representation, but, by any internationally accepted definition of democracy, this is limited and essentially controlled by the monarchy, which constitutionally wields absolute power. There has been a history of push-back against this situation since the banning of political parties in 1973. Over the past decades, there have been various attempts to promote a multiparty democracy, but these endeavours have invariably been quashed by the authorities. Latterly, though, student bodies and other organisations have become more vocal.  Interestingly, the parliamentarians in the House of Assembly (55 out of 65 of whom are elected – the other 10 are appointed by the king) are increasingly being asked to account to their constituencies for their actions, or inaction.

Against this (admittedly simplistically drawn) scenario, what has happened in this essentially acquiescent and peaceful society to suddenly bring these structural ills to such a violent apogee?

One of the triggers was the mysterious death of a law student, for which the police are accused of culpability, and this has been seen as yet another example of heavy-handed policing.

Dissatisfaction about spending by the royal family, which hitherto has only obliquely been commented upon, is bubbling to the surface. Anger has been ignited by the recorded and widely shared behaviour of the young royal offspring who demonstrate a sense of entitlement and contempt for the general populace.

The debate about having an elected prime minister rather than one appointed by the king is an issue that has simply not been addressed, and has been arguably exacerbated by the fact that the current incumbent is only acting and not fully appointed after the tragic demise of his predecessor.

Lastly, the acting prime minister issued a decree against the delivery of petitions of complaint to the government, on the pretext that such gatherings were contrary to social distancing norms under Covid-19 regulations. This last facile denial of the voices of discontent actually strikes at the fundamental demand for dialogue, which is allegedly being denied by the government.

At a practical level, life over the four-day period of unrest took on the elements of a low-level war zone. Citizens confined themselves to their homes. Gunshots were heard during the evenings. In certain areas, roadblocks were erected by the “insurgents”, who demand anywhere between five and 20 emalangeni for safe passage.

Supermarkets in Mbabane felt safe enough to open. Long queues of shoppers formed to stock up on groceries. Most supplies were obtainable, except for bread, and, bizarrely, dog food. Petrol was subject to panic buying, with long queues at all petrol stations, until supplies ran out.

The major irritation, however, has been internet connectivity. The authorities were rationing the time that the internet was available – and, on top of that, were apparently censoring the use of social media. Suddenly the nation became kitchen-sink experts on the use of VPNs to circumvent this problem. Advice on various VPN products swamped social media, and the country has become virtually connected from all over the world.

The government has been dilatory in communicating with the citizenry. Rumours have abounded – “we are under Martial Law”, “we are not under Martial Law”. There is a curfew – but what are the hours? The army was reported to have been ordered to shoot on sight – perhaps.

The pronouncements by the acting prime minister have been flaccid and woolly. Astonishingly, he announced a dedicated email address to where “petitions” could be sent. Aside from the fact that rural folk (who form the majority of the population) have neither the means nor frankly the willingness to engage in disembodied electronic dialogue, the internet service was, by government order, anyway, curtailed. But more importantly, this utterly ignored the protesters’ pleas for dialogue.

The king has spoken to the nation – but through the mouths of the acting governor of Ludzidzini (the traditional prime minister), and through his eldest daughter, Princess Sikhanyiso, who is also a Cabinet minister. In both cases, the platitudes offered presented no promise of concrete courses of action or hope for a solution. There is a sense of a dangerous leadership vacuum, but the ways and wiles of the traditional leadership structures are opaque and perhaps these messages presage more positive and informative pronouncements.

The hope is that the SADC troika in Eswatini over the weekend will be able to provide a platform for dialogue, but even that august body is being regarded with some scepticism by Emaswati (the Swazis). Part of its brief is, sensibly and vitally, to engage with civil society – but who, it is asked, will select the representatives of civil society to engage with the troika? History shows that engagement without fear or favour in this country has at times been opaque.

Tomorrow is another day of uncertainty. There has been much talk of external influences on the current unrest, and indeed there is further talk of formal support being lent by the EFF, an entity that few here in Eswatini would want to have involved. The hope is that an effective and solid platform for dialogue can be established sooner rather than later, because without such engagement the future looks bleak. DM