‘When will it end? I wish it would happen tomorrow’ — Gauteng doctor on third wave 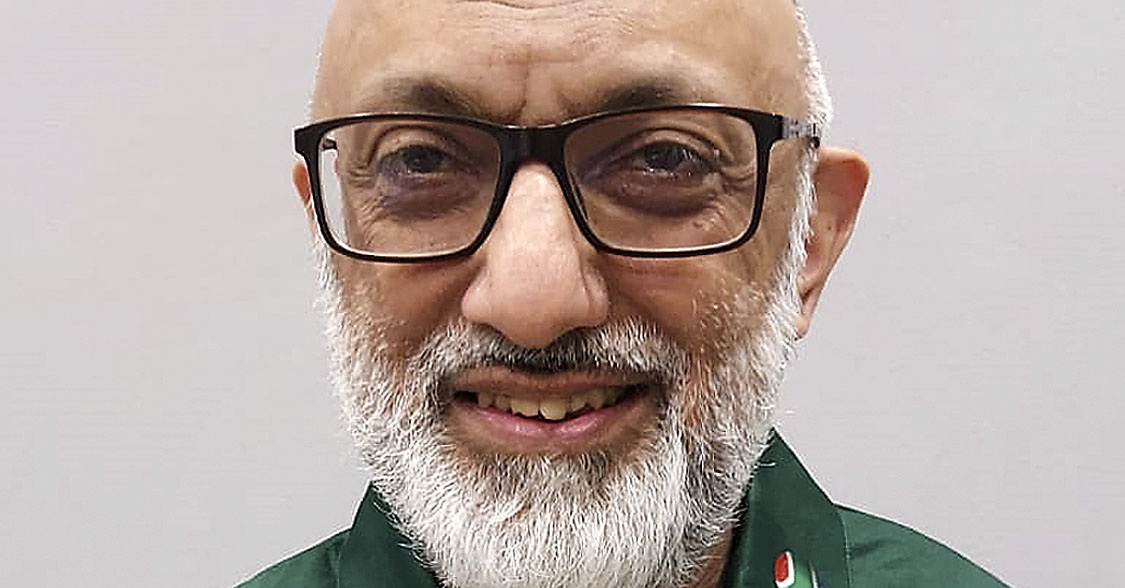 For Dr Yakub Essack, a general practitioner in Gauteng, the long workdays have become even longer as GPs become a vital pillar for managing Covid-19 patients in their homes for as long as possible to free up hospital beds during Gauteng’s third wave. (Photo: Supplied)

For Dr Yakub Essack, a GP in Gauteng, the long workdays have become even longer as GPs become a vital pillar for managing Covid-19 patients in their homes for as long as possible to free up hospital beds during the third wave.

Yakub Essack’s phone is on silent — a luxury for the Gauteng GP. Ever since the third wave of coronavirus smashed into Gauteng this winter, the phone has been a permanently bleeping fixture in his hand.

Facing off against the Covid surge this time round has in large part come down to organising the unfolding chaos via devices. The almost-expected visual horror of cars and people arriving in a desperate onslaught on hospitals, like scenes coming out of India just weeks ago, haven’t played out in Gauteng. Not yet, anyway.

But there is chaos as the Delta variant has pushed the number of positive cases close to an all-time high for the country. Public health medicine specialist in the Gauteng health department, Dr Ntsakisi Maluleke, said on 1 July there were 7,515 patients admitted to Covid wards across the province — 2,410 in public hospitals and 5,105 in private hospitals.

Doctors, paramedics, volunteers, NGOs and hospitals are scrambling, working through seemingly endless phone calls and WhatsApp messages to make sure the now terrifyingly familiar instruction of “divert” for patient admissions at hospitals is not a death sentence, but comes with a Plan B or Plan C.

Essack’s phone is on silent as he settles down to our Zoom chat — his long day already stretched into night. He says he knows when he looks at his phone again it will be patients messaging him, worried about their symptoms taking a turn for the worse. There will be colleagues asking for leads for open hospital beds or where to find oxygen concentrators for hospitals and for home use.

“We have so many networks all trying to update each other with information, to give advice or just some support. One thing I have to say is the collaboration between everybody has been excellent in this crisis,” he says, managing to find something to be positive about.

But just as he thinks he’s all caught up, there will be another call or another request. Each call reshuffles the priorities of need, and with each call there is an inevitable reset in his decision-making about which patient should get to a hospital first, whose need for an oxygen concentrator is greater and who will be told to hold on a little longer.

Home-based care has become a vital support pillar as the province’s hospitals buckle. Patients are managed for longer outside hospitals and those in hospital are discharged sooner to free beds for severe cases. It means more patients released into the hands of their general practitioners and their anxious family members, who GPs also have to manage.

Essack admits it’s been draining, frightening, too, when all the calls are so desperate. “You can hear the patient gasping for breath, but we are also grasping for something else. You get this hollow feeling in your stomach. You get this discomfort in your chest. You know you’re dealing with not only one person, but his family. You don’t know what the outcome will be. Will he get admitted? Will it be too late? Will he make it? So these multiple thoughts are going through your mind and you’re telling your patient not to panic — it’s not a comfortable feeling. Not at all.”

Essack has practised as a doctor for 34 years. He is part of a network of private doctors with practices in Rivonia, Soweto and Vanderbijlpark. He’s also a volunteer with the Gift of the Givers Foundation, the humanitarian aid and disaster response organisation.

“I’ve been on many medical missions with Gift of the Givers and some can be tough, but you get used to it because there’s a beginning and an end. But with Covid-19 it’s just this uncontrollable number of deaths. The curve is shooting up and we don’t know where or when it’s going to peak. You sit back and you say, can we just have some kind of respite, when will it end? I wish it would happen tomorrow,” he says.

Essack says the burden for him as a doctor is feeling like he has run out of tools and resources to fight a virus that mutates faster than a universal vaccine roll-out can achieve. But the most crushing blow has come with the toll of patients, colleagues and friends who have died from the virus.

“You don’t want to be dishonest with a patient when you hand them over to a hospital. You reassure them. You tell them that they are in the best care, that they must stay positive because the mind is very powerful and you tell them you will pray for them,” he says.

Surrendering to faith is how Essack says he has tried to make sense of the bleak despair the virus has plunged the world into. He is the national president of the Islamic Medical Association that also works with the burial committees. The committees are straining under the emotional anguish of battling to keep up with burying the dead.

“I got a message from one of the burial committee members and he was saying, when will we turn the corner? When will we see the end of the tunnel?

“I have to make time to pray and meditate and to talk to God,” he says, especially when there are few answers.

Sometimes he phones doctor friends late at night. Colleagues understand the commitment to serve even when so many lives are being lost and when sleep can feel just like stalling the inevitable, he says.

Essack tries to find reasons to smile and laugh with his family. He’ll have the fireplace going for the Highveld winter. He’ll write scripts and update patients’ files with his wife and children as they catch up on the European Soccer Championships. He’ll even take a ribbing from his son — the one who’s a Chelsea supporter, while he flies the flag for Manchester United.

Essack’s 19-year-old daughter Mariam, the youngest of his three children, admits she worries. The veterinary science student says the worst was in the early days of the pandemic in March 2020.

“I think it was scariest when we were not used to the whole situation. Any slight cough from my dad would frighten us because of his daily exposure, putting his life at risk.

“We understand, though, the severity of the situation and my father’s oath as a medical doctor and humanitarian. We joke with him that he’s 24/7 busy with telephone consults, but seeing how busy he is we try our best to relieve the pressure at family dinners, talking about anything unrelated to Covid and his work. But I understand when my dad has to take calls during those times because it’s of utmost priority.

“We must keep our faith and hope for these tough times to pass,” she says. It’s the values and belief system her father has brought her and her brothers up with. It means that when the doctor’s daughter hears her father’s phone ring these days, she’ll probably be saying a little silent prayer. DM/MC

* This article was produced by Spotlight — health journalism in the public interest.