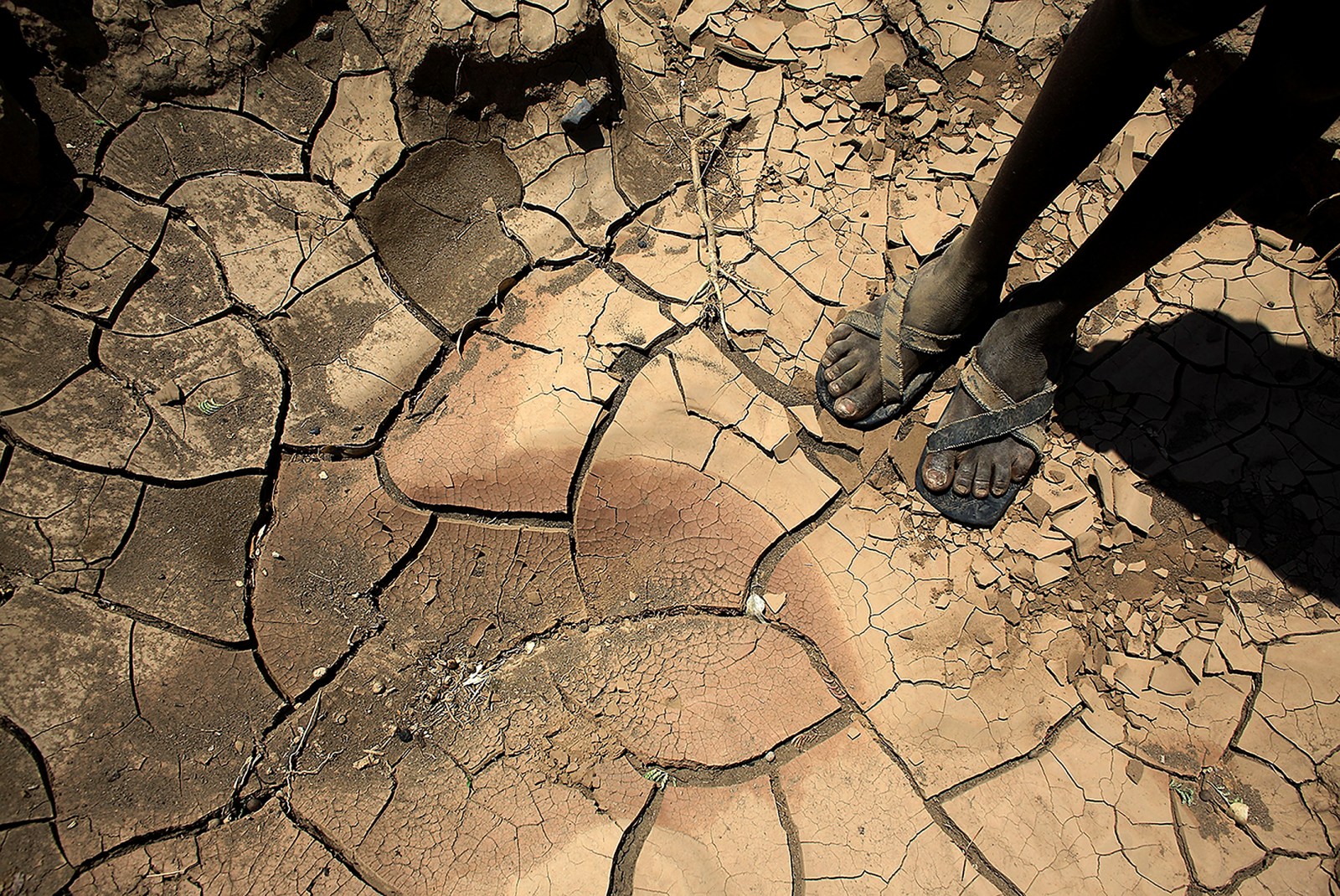 Unlike military threats, which are deliberate, tangible, predictable and require an immediate (and specific) response, climate change is diffused, transboundary, intractable, irreducible and occurs over long time scales. As a result, African policymakers tend to treat the former as high politics and environmental issues as low politics.

Dr Ekeminiabasi Eyita-Okon is a postdoctoral research Fellow at the Centre for Africa-China Studies at the University of Johannesburg.

As policymakers at all levels of governance grapple with ecological crises characterised by the climate crisis and the loss of Earth’s biodiversity, the 2021 World Environment Day theme Restoring our Earth was a call to action on the need to adopt regenerative strategies in addressing these challenges.

The theme challenges the notion that adaptation and mitigation are the only means to avert the climate crisis. Yet, it emphasises natural processes, emerging green technologies and innovation in restoring the world’s ecosystems and forests, conserving and replenishing soils, restoring and preserving wildlife populations and ridding the world’s oceans of plastic.

Thus, regeneration entails “replenishing” or “restoring” what has been lost in the pursuit of economic growth and development. For Africa, adopting regenerative strategies is imperative to its quest for sustainable development, human security and avoiding immediate and future climate-induced conflict over scarce resources.

Climate change and environmental degradation are deemed the “side-effects” of the long economic boom since the end of World War 2. Rapid economic growth, increase in population and the proliferation of new technologies caused an increase in energy and resource consumption, new sources (and rising levels) of pollution and waste production, and the rapid erosion of Earth’s biodiversity. Studies show that Earth, since the latter half of the 20th century, has warmed at 0.5 degree Celsius.

Unlike military threats, which are deliberate, tangible, predictable and require an immediate (and specific) response, climate change is diffused, transboundary, intractable, irreducible and occurs over long time scales. As a result, policymakers tend to treat the former as high politics and environmental issues as low politics.

Yet, reality and everyday lived experiences indicate the intricate relationship between human security (and development) and climate/environmental conditions.

Although Africa contributes the least to greenhouse gas emissions (GHG), it is the most vulnerable continent to climate change. A report by the United Nations World Meteorological Organization (WMO) argues that Africa has been progressively warming since the start of the 20th century and projects that northern and southern Africa will get drier and hotter, while the Sahel region will get wetter.

Also, a paper on the Global Climate Risk Index outlines the top 10 countries worst hit by climate change events in 2019. Five out of the 10 countries are in Africa – Mozambique (1), Zimbabwe (2), Malawi (5), South Sudan (8), and Niger (9) – echoing the findings of the WMO that 2019 was one of the three warmest years on record for Africa.

Between March and April 2019, southern Africa experienced two Category 5 tropical cyclones, Idai and Kenneth, with the former labelled “one of the worst weather-related catastrophes in the history of Africa” and the latter deemed as the strongest storm to make landfall since records began. The consequences of these cyclones for Mozambique, Zimbabwe and Malawi were vast, creating a humanitarian crisis: floods and landslides, death, destruction of infrastructure, displacement and loss of agricultural lands (food insecurity). These events validate the causal relationship between climate change and extreme weather events.

Other consequences of climate change in Africa include freshwater stresses, floods, soil degradation and erosion, health hazards owing to warming temperatures while enabling a breeding ground for new organisms, such as mosquitoes and malaria, to thrive, which may inadvertently threaten health.

In Africa, livelihoods are largely based on climate-dependent resources such as rain-fed agriculture, lakes and rivers for household water consumption and needs including cooking and cleaning. Thus, climate change poses a threat to human security – poverty, inequality and climate-induced conflict over scarce resources.

‘Restoring our Earth’ in Africa

In light of the foregoing, it is important to draw attention to priority areas that require immediate action in an effort to combat the perils of climate change and restore our Earth in Africa.

Regenerative agriculture and soil quality: The WMO’s Regional Strategic Office director, Filipe Lucio, has stated that the agricultural sector is key to building climate resistance, considering that it is the dominant employer and depends on water and energy (both of which are heavily implicated in climate change).

In addition, the hydroponic agricultural system dubbed “soilless farming” can prove beneficial in addressing food security challenges in Africa. For instance, the farming technique would enable the production of food even in areas with extreme droughts and low soil quality.

Forests, referred to as “the lungs of the world”, are crucial in the fight against climate change and act as carbon sinks by trapping greenhouse gases in the production of plant food through photosynthesis. In this process, trees absorb carbon dioxide from the atmosphere and release oxygen, thus improving air quality.

Carbon dioxide is largely generated by the burning of oil, coal, natural gas and other fossil fuels for industry, power generation and transportation, thus, reforestation – restoring indigenous tree life – and planting new (and more) trees is crucial. However, in Africa, logging, excessive harvesting of firewood (owing to lack of electricity), road construction and residential areas to accommodate the growing urban population pose a challenge to reforestation efforts in the region. Here, policy intervention and implementation are necessary to address this problem.

Clean-ups and reduced use of plastic: A report by the United Nations Environmental Programme (Unep), Neglected: Environmental Justice Impacts of Marine Litter and Plastic Pollution, highlights the detriments of single-use plastic to the environment and communities in general. Noteworthy is the alarming but not surprising revelation that some countries in the Global North use less-industrialised countries in the Global South as dumping sites for plastic and other toxic wastes. Such behaviour intercepts the narrative with issues of power dynamics, double standards and commodification of lives in less industrialised countries for economic gains and soft power.

In most parts of the developing world, climate change and environmental challenges are perceived as “rich country” problems where “belly” issues such as hunger, poverty, unemployment and income inequality are prioritised over “intangible” climatic challenges.

Freshwater treatment and sanitation: Access to safe, fresh water for consumption and household use remains a challenge in Africa. Existing water sources are threatened by sanitation problems – as a report by the UN notes, open defecation, solid waste and wastewater disposal contaminate freshwater sources with health implications such as faecal oral transmission of disease prevalent in children.

Climate change further exacerbates freshwater stresses – it has resulted in a decline in river flows, affecting fisheries, livelihoods and agriculture. Although sub-Saharan Africa has a relatively good supply of rainwater, the distribution of rainfall varies across the region. Also, drought and floods are climate-related risks undermining water and food security (rain-fed agriculture) in Africa.

Practices in the region to address this challenge have included storing water in JoJo tanks, clay pots and local drums, and using alum for water treatment and purification. Rainwater is also collected for agricultural use in the absence of a proper irrigation system for crop production – reducing the pressures on water supply or the lack thereof (in rural communities).

While efforts have been made to address climate change risk in Africa, there is more work to be done both individually and collectively – at public, private and community levels – to care for our environment and restore our Earth. DM/OBP