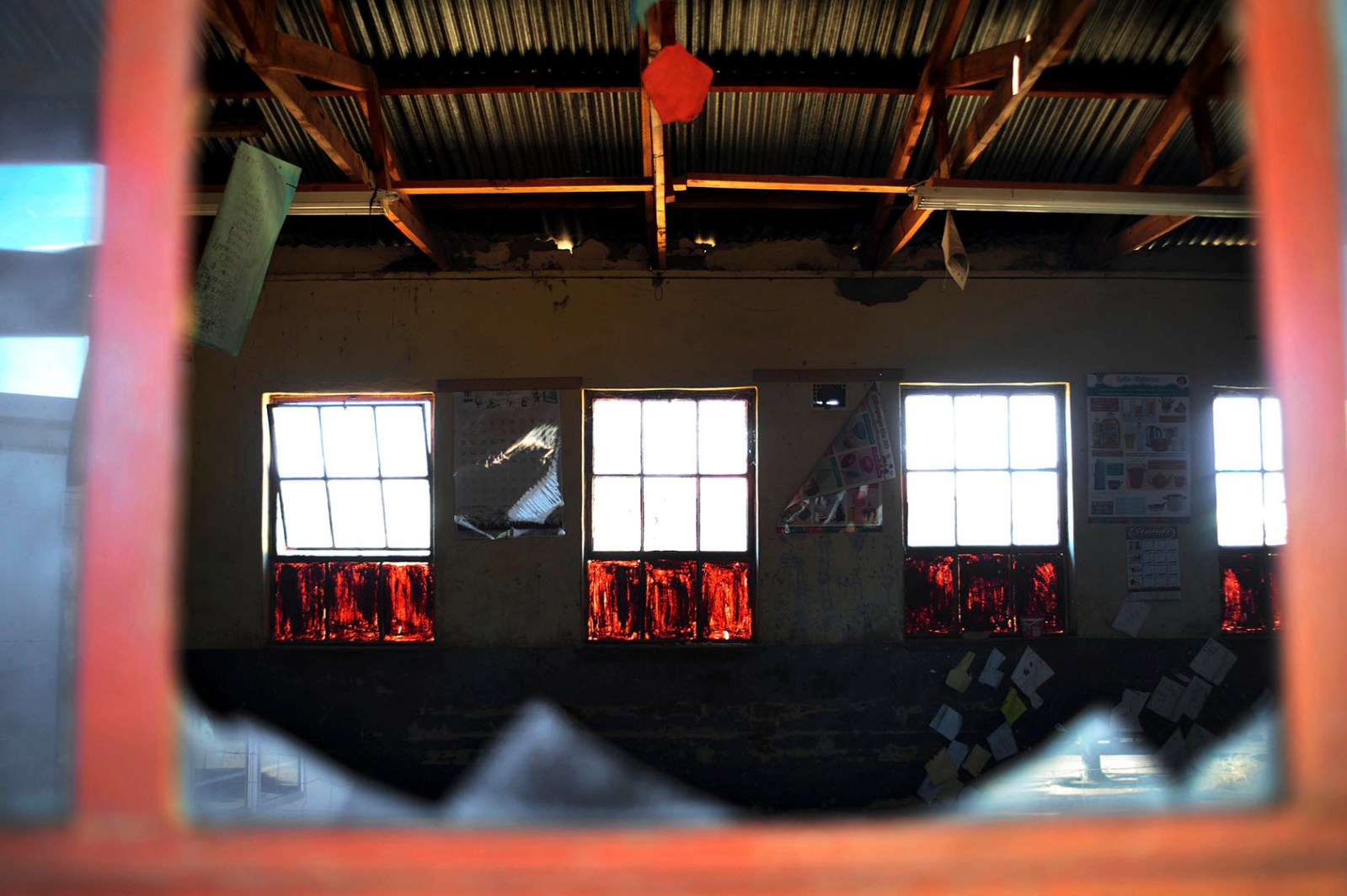 Hundreds of pupils from a primary school in rural Limpopo may not return to class with the rest of the country when schools reopen this month owing to concerns over their safety at the crumbling Dibeng Primary School.

Parents of pupils from Dibeng Primary School in the village of Dibeng, about 90km west of Polokwane, fear the dilapidated building may collapse and injure or even kill children.

The school in the Ga-Matlala traditional area was built by residents through donations in 1961.

Today, its walls are cracked, floors in classrooms and corridors are littered with holes and windows are broken. Poles supporting the roof, which leaks when it rains, are rotten and hang by a thread in places.

One part of the old building was so dilapidated that Education Department officials ordered it to shut immediately two years ago after declaring it unfit for use. The school was then supplied with six mobile classrooms.

However, the mobile classrooms could not accommodate all the pupils, forcing a considerable number to continue in another block of the old school which is now at the centre of the dispute declared by parents. Some of the classrooms in the old block have been abandoned due to safety concerns.

Mary Mpai, who represents a parents’ forum established to engage the department on the issue, said parents have resolved not to send their children to school until they get a commitment from the government on when it will begin building a new school.

“We are doing this for the sake of the children,” she said.

Since 15 June residents have staged a series of protests along the busy N11 which carries freight traffic to the Groblersbrug border crossing to Botswana.

The protest was suspended after President Cyril Ramaphosa announced the country was moving to Adjusted Level 4 lockdown.

The school has electricity, water supplied from a borehole and a block of toilets recently built using a grant from an NGO, the Mvula Trust.

Mpai said that when she joined the governing body in 2014, they approached the department about the dilapidated state of the school and were shocked to be told it did not appear on the government’s database.

After engagements with the provincial education department’s infrastructure division, they were told the school had been placed on a priority list for the building of a new school.

Mpai said they were told construction had been scheduled for completion in 2022. It would include 12 classrooms and an administration block. On 15 June residents were informed by the department that a contractor would only be appointed in 2022, which led to parents deciding to withdraw their children from the school.

Mpai said that since, education department officials have been refusing to meet residents, citing safety concerns, but she believed this was a smokescreen.

In 2019, school governing body members staged a sit-in at the department’s offices in Polokwane in another effort to get the authorities to act.

“Can the department just have mercy on us, please?” said Mpai.

Another member of the parents’ forum, pensioner Patrick Somo, said he attended the school from 1967. He remembered that as a child he watched locals making clay bricks which they used to build the school.

“That time the country was under apartheid. There were no budgets for black people, that is why the community decided to build the school themselves. But we cannot be expected to do that now,” said Somo.

Parents said the holes in classrooms and in the corridors posed an injury risk to children and staff. Pupils had also found a snake hiding in one of the holes in a classroom. Fortunately, no one was bitten.

Limpopo education MEC Polly Boshielo said in her budget vote speech in March that the department had been allocated R1.3-billion for infrastructure development in the 2021/22 financial year. The provincial department’s total budget for the current financial year is R32.6-billion, a reduction of 3.5% from the previous year.

Boshielo said the infrastructure budget will be used “towards building of new schools, upgrading; refurbishment, rehabilitation and renovations of existing infrastructure (including storm-damaged schools); as well as maintenance and repairs of our schools”.

“In the 2020/21 financial year, the department was unable to undertake most of the infrastructure projects due to the Covid-19 and the lockdown regulations, especially at Level 5,” she said.

Limpopo Education Department spokesperson Tidimalo Chuene said the school is still on their list of priority infrastructure projects for the 2022/23 financial year.

“There is a contingency plan beyond the provision of mobile classrooms that we are working on presenting to stakeholders in a meeting that is being scheduled. Details of a way forward on our proposal will be made available as soon as there is agreement on it with the school community,” Chuene said in response to whether the department was planning to supply more mobile classrooms in the interim.

She said the school was placed on the list of construction projects and mobile classrooms were provided as a temporary solution while waiting for construction to begin.

In response to allegations that the department’s officials pulled out of a planned meeting with the community at the eleventh hour, Chuene said the meeting “could not take place due to protests in the area and subsequent lockdown alert Level 4, which prohibits gatherings”.

She said there was no specific threat on record but, following a risk assessment, they had been advised by law enforcement authorities not to go to the area at the height of protests. DM/Mukurukuru Media