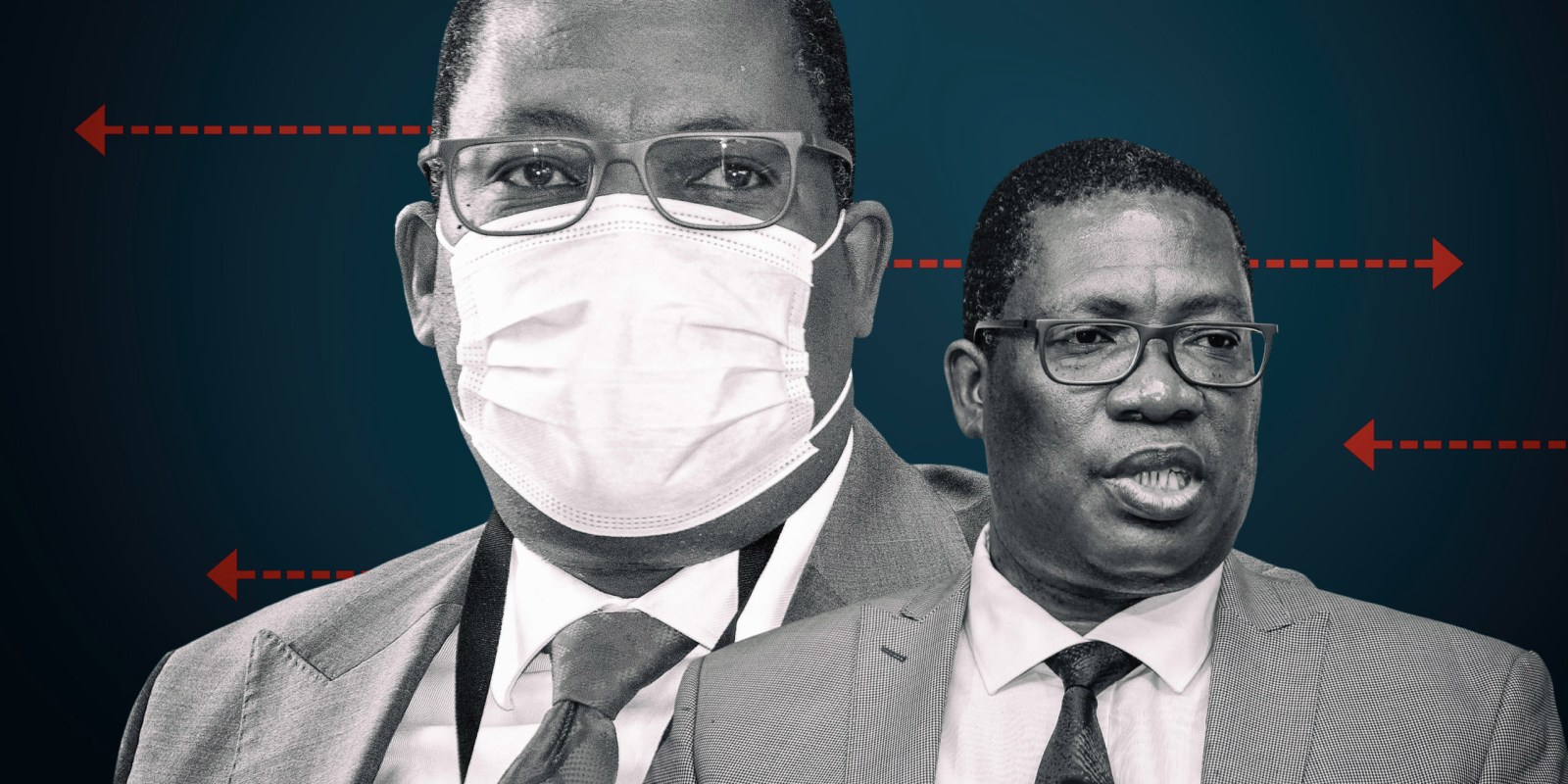 A video of Gauteng Education MEC Panyaza Lesufi recommending a traditional Chinese remedy to cure Covid-19 is circulating on local social media. The product in question has not been proven to have any efficacy in treating Covid-19 and has been banned in several countries.

Gauteng Education MEC Panyaza Lesufi is starring in a promotional video for the traditional Chinese medicine product, Lianhua Qingwen Capsules — but when questioned on this by Daily Maverick, his office responded with an absurd story.

In the video, which is circulating on WhatsApp, Lesufi is shown alongside an insert picturing the capsules. He introduces himself and explains that when his family was infected with Covid-19, a friend brought back some of the pills from China.

“I call [the pills] miracle capsules,” Lesufi says, saying the capsules relieved their fever and made their headaches vanish.

“They may not taste nice, but they do the work,” Lesufi continues.

“That is why one is committed to recommend them, highly so, to people that have Covid, or have gone through Covid, or have Covid symptoms. The solution that makes China to be free: it’s now in our country.”

Lesufi is then asked by an off-camera female interviewer how long it took for symptoms to dissipate, and he replies that some of them “vanished immediately”.

With this in mind, Daily Maverick approached Lesufi’s office to ask why he was promoting a herbal medicine product that has been the subject of controversy worldwide.

“Unfortunate use of MEC Lesufi’s image:

“MEC Lesufi, in his personal capacity, recently took part in medical trials for capsules to assist in the fight against various diseases. Following the trials, the MEC was asked about the impact of the medication on his health and, sadly, his response was leaked through social media; breaching his right to privacy and confidentiality.

“We find the leak unfortunate as the MEC participated in the trials to assist locals to seek medical permission from medical institutions in our country.”

Daily Maverick pointed out in response, that in the video Lesufi says he was given the drugs by a friend and makes no mention of “medical trials”. In addition, the video is clearly intended as a commercial endorsement.

The Department of Health did not respond to requests for comment.

Heartlines CEO Dr Garth Japhet, who drew the attention of Daily Maverick to the video, said that he found Lesufi’s endorsement of the Lianhua Qingwen Capsules outrageous.

“Treatments peddled by people who are not medically qualified, with no scientific proof that they work, are potentially life-threatening. Furthermore, it undermines the tough communications task we have to provide accurate information around this disease while responding to the deluge of fake news. This type of product endorsement is especially serious when the person that is promoting the treatment is a senior government official who holds a position of trust in society,” Japhet said.

He added that no senior government officials should be promoting a commercially available product of any kind, even in their private capacity — “as it is his position that confers legitimacy and not his private persona”.

Japhet said it was his concern that someone who has recently contracted Covid-19 and is fearful, may see Lesufi’s video and believe that he should follow the advice of a seemingly credible leader by taking the capsules instead of seeking proven treatments.

The South African Health Products Regulatory Authority is looking into the issue after having been alerted by Daily Maverick.

Health regulators in other countries have had to take action after Lianhua Qingwen Capsules started to flood the market in 2020, along with untested claims that they could successfully treat Covid-19.

In the US, the FDA has issued warning letters to three companies for selling Lianhua Qingwen Capsules, which they refer to as “fraudulent Covid-19 products”.

In Malaysia, a politician was slammed for misleading the public on social media by referring to Lianhua Qingwen Capsules as a “Covid-19 treatment pill”.

There is very little evidence to suggest the efficacy of these drugs, with a Swedish study finding that Lianhua Qingwen samples contained only menthol. China’s own health regulator, meanwhile, reportedly found toxins in some traditional Chinese medicine samples in 2020.

The BBC reported in June 2020 that the pandemic had provided an opportunity to market traditional Chinese medicine to a global market, with products being sent in particular to Africa, Central Asia and Europe. Some experts have suggested it is part of a “soft power” push on the part of Beijing.

Chinese President Xi Jinping is said to be a passionate supporter of the traditional Chinese medicine industry — to the point that in June 2020 it was reported that Beijing authorities were drafting legislation that would outlaw criticism of traditional medicine.

Japhet believes that Lesufi should face consequences for misusing his public platform.

“[He owes] a full apology to the public, acknowledging that he is promoting a treatment that has no backing from the medical community and also retracting his advice to people to take it as a cure for Covid-19,” Japhet said.

“For purposes of accountability, he also needs to face a disciplinary inquiry for using his position and authority in a way that may place the lives of others at risk.” DM

UPDATE: After this story had been filed on Thursday evening, Lesufi’s spokesperson Steve Mabona sent the following statement:

Following interactions with the South African Health Products Regulatory Authority (SAHPRA), I now realize that, I participated in an unauthorized medical process and for that I sincerely apologize and hereby, unconditionally so, withdraw all the comments made during the product study.

The information was shared to the public without my permission. I trusted the pharmacist, the custodian of medicines, to guide me correctly but that was not the case. I trusted my pharmacist in this instance who invited me to participate in taking part in the product study and who claimed that, the product was submitted for approval.

I also fully apologize that, I did not verify with the Regulatory Authority, SAHPRA, if that was correct and acceptable.

I sincerely apologize for my careless behaviour and will co-operate fully with SAHPRA to ensure that this matter is correctly addressed.

I have already started engaging with Regulatory Compliance unit of SAHPRA to ensure that we reverse the incorrect information shared with the public. I have since asked the pharmacist, who knows the approval processes, to also co-operate with SAHPRA and avail all relevant information to the regulatory body.

I once more regret my participation in this incomplete process and the possible falsehood shared with members of the public.