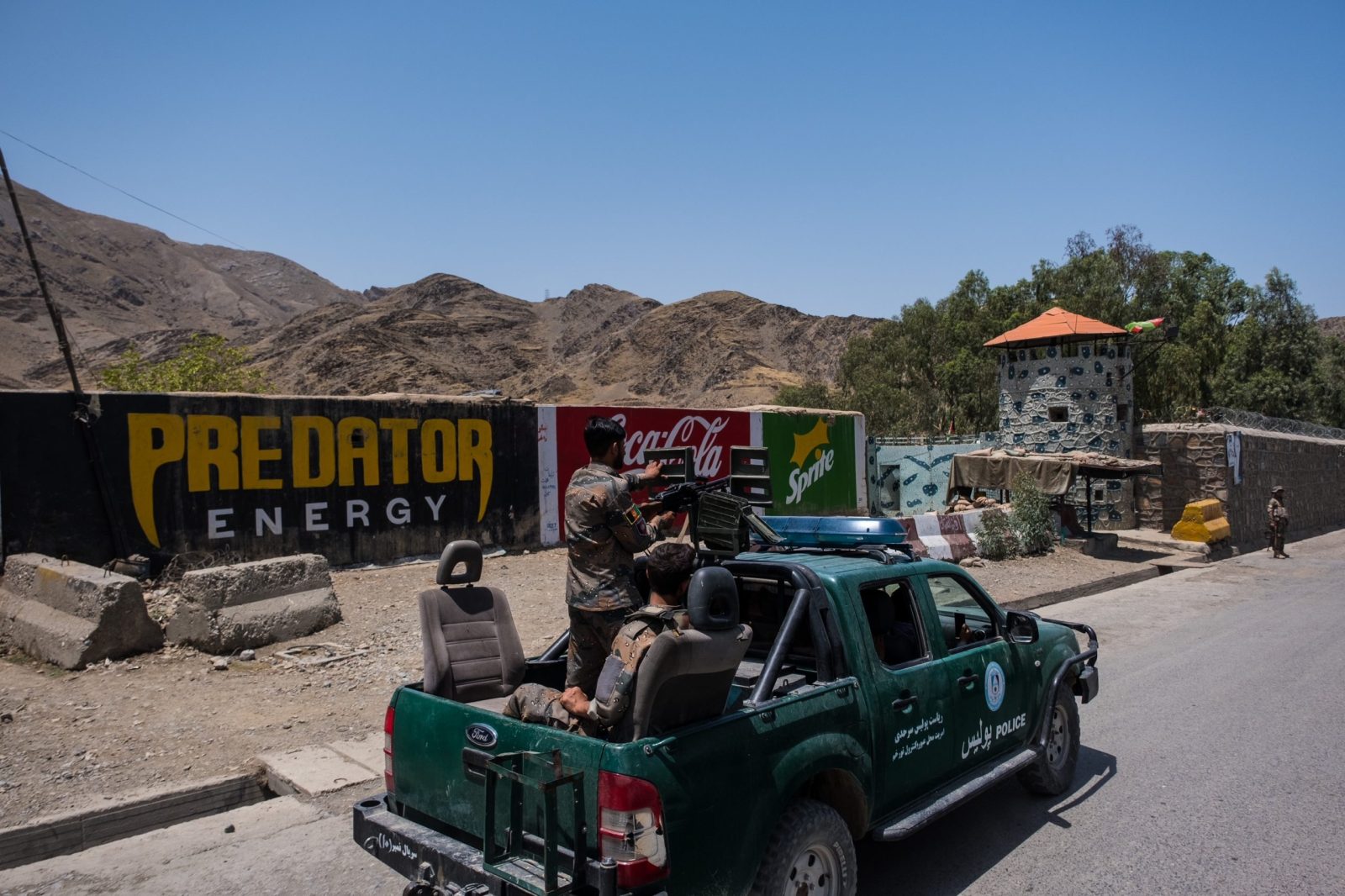 America’s deal with the Taliban was essentially to withdraw by 11 September 2021 in exchange for not being targeted before then, little different to the manner in which the US withdrew from South Vietnam in 1972. (Richard Harper)

Between 2001 and 2019, two million men and women served from abroad in Afghanistan, and more than $2-trillion was expended – a staggering opportunity cost. However, all is not lost. The struggle of the past 20 years has not failed. It is, instead, incomplete.

Dr Greg Mills served as an adviser to ISAF between 2006 and 2012, and returned twice to Afghanistan to conduct research this year.

As Nato troops prepare to leave Afghanistan by 11 September in the face of a Taliban surge, a question remains unanswered: Why did the international intervenors fail in their mission to bring stability to Afghanistan?

The West’s best wasn’t good enough. The lives of 3,500 international troops plus an estimated 200,000 Afghans has not been sufficient to turn the tide against a highly motivated Taliban. This should not obscure the failure to accept from the outset that this was a strategic undertaking involving more than the toppling of the Taliban as the host of Al-Qaeda, leading to the failure to resource the mission accordingly. The usual excuse given is that the US got distracted by Iraq. To an extent this is true, but this does not explain why Afghanistan did not stabilise even when greater resources were available. The West’s political leadership has simply lacked the strategy and patience necessary to execute a longer war.

There was no plan. The West’s plan evolved by iteration, subject to changes in personalities – of ambassadors, commanders and politicians. It was striking for the eclipse of strategy by the operational art of the military as it morphed from regime change to nation-building, constantly reverse-engineered from facts on the ground. By doing so, the West became just another localised warlord, albeit a large and powerful – if temporary – one, to be managed, fought with, allied to, and even cooperated with, both for resources and in the realisation that it would eventually leave. Whatever the military failures, those of politicians, diplomats and aid agencies were spectacular by their relative invisibility. The last 20 years has been about the failure of politics, internationally and regionally, and internally by the Afghans. In particular, there has been little energy put into making regional peace until very late in the day, or peace for that matter with the Taliban in Afghanistan itself.

Solutions were driven by fear and a misguided search for institutional relevance. Not only did the West overestimate the value of its agency, but the bureaucratic powerhouse of Nato exacerbated this dynamic, supercharging the detachment, jargon and militarisation in its self-interest. The chosen metrics suited the mission until that mission no longer suited the politics of Nato and of its only real enabler, the US.

Geography trumped goodwill. Not only did the Taliban prove to be a formidable and resourceful foe, but it has also received assistance from outside. Most of the neighbourhood has had reason to resent and ultimately reject the Western presence. Pakistan’s perception of the West’s role was, from the outset, shaped by what Islamabad saw as its betrayal after the Soviet retreat in 1989, leaving it with a civil war on its borders and more than three million Afghan refugees within them. Thereafter the US retreated, only to return as an ally after 9/11. Afghanistan increasingly became a casualty of greater strategic interests, including the complex relationship between the West with Pakistan, complicated by the Pakistani-Indian relationship, and, overall, Islamic sentiments towards a Western presence. Iran and the Stans – Uzbekistan, Turkmenistan and Tajikistan – initially wanted an end to instability and to maintain their own spheres of interest in Afghanistan; this changed as the West became mired in the struggle and the direction of US-Iran and US-Russia relations continued to sour. The strategic sophistication of the current Taliban offensive, which appears designed to pressure Kabul by closing off access to its northern trading “ports” into the Stans and forcing dependence on its southern routes via Pakistan, perfectly illustrates the pattern and extent of regional influences.

A failure of development assistance. With a few exceptions, the metrics of aid became about the volumes of expenditure rather than effect, fuelling vast corruption. Since the vast majority of jobs in developing countries are in the private sector, there is a need to work out exactly what this sector needs to succeed. Afghanistan showed that aid programmes are by and large antithetical to economic development since they are mostly led by those who apparently do not either understand or like business. The traditional route of an entrepreneur with a good idea borrowing money and starting a business was lost in the focus on easy money, where entrepreneurial talents were diverted from creating new enterprises to cynically tapping the more than $100-billion in soft donor money that flowed to Afghanistan.

Between 2001 and 2019, two million men and women served from abroad in Afghanistan, and more than $2 trillion was expended, an extraordinary, once-in-a-generation commitment of resources to a poor country. It also represents a staggering opportunity cost.

This does not mean that all is lost. The struggle of the last 20 years has not failed. It is, instead, incomplete.

Rather than reverting to tired stereotypes about the war returning to an old Northern Alliance versus Taliban struggle, or the hopeful idea that the Islamists have somehow reformed in the last 20 years to a more moderate variant, this should be called for what it is: A war between a modernising republic and a reactionary Taliban. Much has changed in the last 20 years, not least the embedding of modernity and government within communities.

The failure of this modernising project, as President Ashraf Ghani notes, “would confine the next six generations of Afghans to their fate”.

The West should not kid itself. If the Taliban took over, their method of governance in Afghanistan is unlikely to be much prettier than 20 years ago, nor their international links more benign.

It is, moreover, not 1996, when the Taliban was welcomed by many as a stabilising force freeing the country from the violent and costly anarchy of the feuding mujahideen warlords, whatever its authoritarianism.

Afghanistan will now have to find its own way, some of which may be uncomfortable to Western norms and sensitivities, from arming militias to cutting deals with tribal elders. Lots of powerful people have invested a lot of money in Afghanistan. Even if they might have externalised some, a collapse would cost them a great deal.

And it will require implementing a different regional vision – more win-win than the current zero-sum – in which there are potentially rich rewards.

Towr Kham gate, at the foot of the Khyber Pass in Pakistan, is evidence of the benefits of closer collaboration, with queues of hundreds of jingly trucks and people patiently waiting their turn to cross. Conversation at the lunch table in Jalalabad turns, immediately, to cricket, and the relative strengths of regional teams and leagues. There are myriad commercial and thus political opportunities in closer regional integration, from the cheaper data flows and improved banking services that would flow from shared fibre-optic belts to hydro-power complexes, akin to what Ghani describes as an Asian Roundabout. Iran also needs a stable Afghanistan, not least given its need for partners amidst US sanctions.

With the current insurgency, a search for new directions might seem pie in the sky. Yet the West should back those wanting to modernise in the sober realisation that it lacked the imagination, diplomacy and staying power to do the job. Its best was simply not good enough.

Three Western actions could stiffen an Afghan-led strategy, and achieve the things Nato was unable to get done:

First, to provide the cash to pay soldiers (and pay off others). There is other assistance, including intelligence sharing and weapons maintenance, that would also be useful. The Afghan National Army is the “backbone” of the Afghan state, as Ahmad Massoud, son of the late Northern Alliance leader, has put it, and “its biggest achievement”.

Second, to back a diplomatic solution that helps the modernisers come out on top, including helping – and stopping to assist – regional spoilers while encouraging Afghan unity against the Taliban.

And third, while weaning Afghanistan off the aid fountain, and recognising its corrupting effect, to not cut it off completely in key areas, particularly regional infrastructure connectivity.

Before peace is possible, war is going to be necessary, since without it, the Taliban has no incentive to stop fighting. And if the Taliban takes over, all the gains in institutions along with human and especially women’s rights will be eliminated.

Having the West in Afghanistan did not deliver a victory. The question is now: Can its departure allow for one? DM