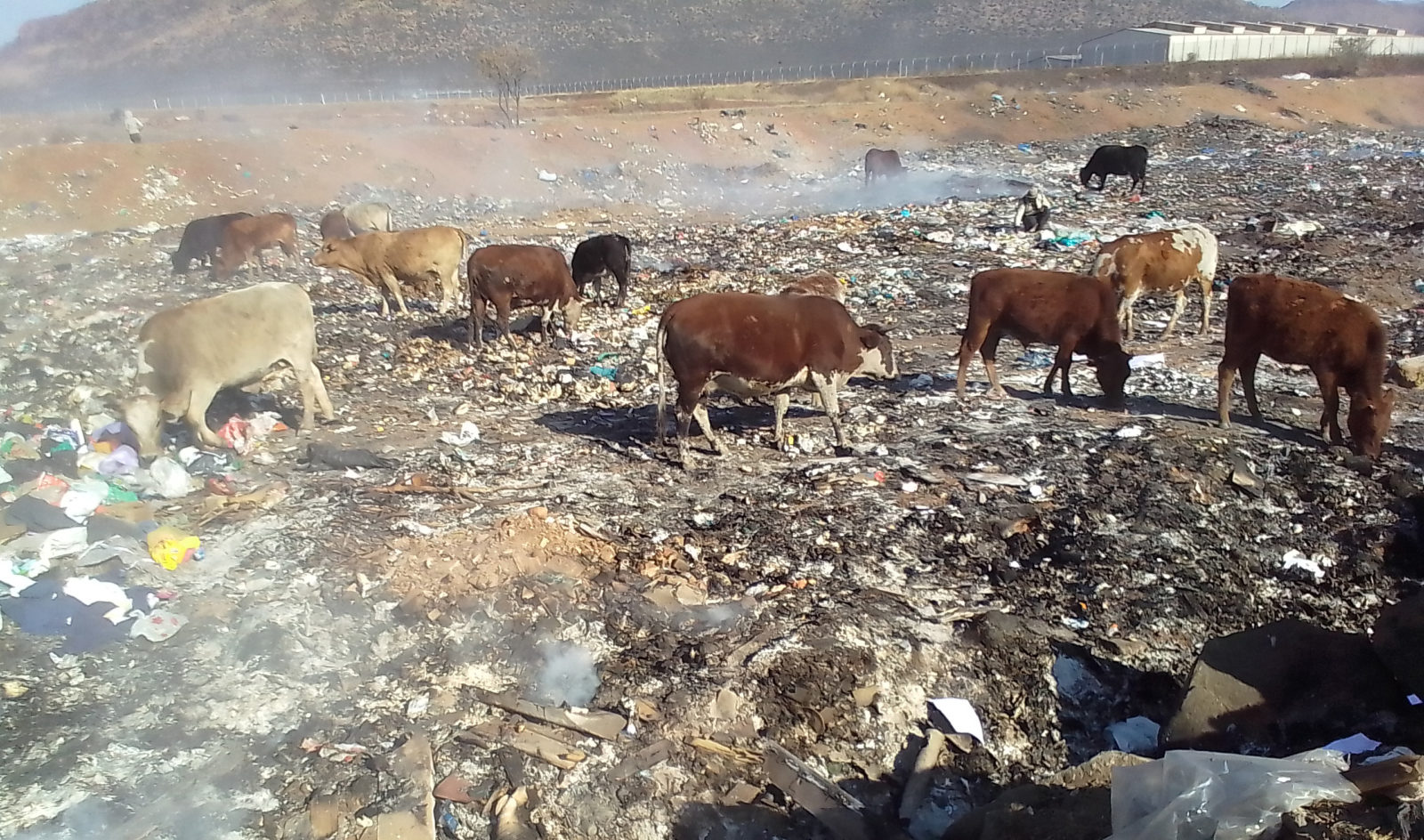 Businesses and civic organisations are taking the Enoch Mgijima municipality to court over toxic smoke from the regional waste disposal site at Ezibeleni in Komani (formerly known as Queenstown). Residents say the council does not follow the conditions of the site’s permit.

The action by Komani residents and organisations comes after the Msunduzi municipality, which runs Pietermaritzburg in KwaZulu-Natal, was given 30 days to come up with an action plan to deal with the environmental disaster that is the New England Road landfill site.

Pietermaritzburg High Court Judge Rishi Seegobin found that the municipality had breached several environmental laws, including section 24 of the Constitution which highlights everyone’s right to a healthy environment protected from pollution.

According to the CEO of the Twizza soft drink company, Ken Clark, they are filing papers to force the Komani-based municipality to put an end to the smoke billowing from the landfill site.

Clark said the smoke is caused by the illegal burning of plastic, which can harm the health of people from Ezibeleni and Komani, five kilometres from the site.

The Independent Komani Residents Association (Ikora) has filed an affidavit in support of the application.

“If the wind blows northwest, the blanket of smoke covers Ezibeleni, and if the wind blows southeast, the smoke blows over Komani. Therefore the smoke affects the whole town. The permit issued to the municipality does not allow the burning of waste,” he said.

Xalisa said the burning of waste near residential areas posed a danger to human health.

Ezibeleni resident Xolani Ngxatu said he lives behind the landfill and they are the most affected by the pollution.

“The smoke from the site comes into our houses and we breathe the polluted air every day. I am an asthmatic person and the smoke affects me badly,” he said.

When Daily Maverick visited the site on Monday, there were about 50 people collecting tins and a strong odour came from the burning refuse.

Animals roamed the site and piles of refuse dumped at different sections were seen smouldering.

Andile Qumba, one of the people who collects tins at the dump, said there is no one burning anything at the site.

“When you stand there, you can feel the heat as this smoke comes from under the pile of refuse that is here. We don’t know the cause of the smoke,” he said.

Christo Theart, chairperson of the Centre for Local Community Rights, a non-profit organisation established to assist communities with local government issues, said the waste disposal site was authorised by the Department of Water Affairs on 23 June 2004.

According to the letter of authorisation seen by Daily Maverick, the then Lukhanji municipality, which was amalgamated with Tsolwana and Inkwanca municipalities in 2016, was given conditions to follow when it was granted their operating licence.

Theart said there was constant burning taking place on the site, no notice had been erected at the entrance and the gate was not manned by a municipal official. A security company hired by the municipality guarded the two front-end loaders on site.

“The fence around the site has been breached… Some parts are broken and other sections are missing. This means that the site is not protected by a continuous fence and allows entrance of people and animals… The ablution facilities on the site have been totally vandalised and animals freely roam on site,” said Theart.

According to Theart, the dumping of waste is not taking place per cell or trench, but is dumped all over the site.

Enoch Mgijima municipal spokesperson Lonwabo Kowa said the smoke is caused by scavengers and people who come to the landfill to look for items they can recover or recycle.

“It is never caused by the municipality. The tip is managed properly, albeit with a limited number of security personnel due to known financial constraints of Enoch Mgijima municipality.

“It is definitely not safe to have the smoke coming from the landfill site into residences. The holes in the fence have also created a situation where some items are blown out of the site into the open area. Last year the whole landfill site was fenced, but the scavengers again made entry points, damaging the new fence,” said Kowa.

He said the municipality is considering other options, including more security personnel to guard the area facing Ezibeleni where intruders gain entry.

“It is easy to access the site as no fees are required for those who come to dump household refuse. The municipality is also in the process of revamping municipal landfill sites including the one in Ezibeleni. A consultant has been hired to that effect and work should begin this financial year.

“It includes revamping the weighbridge, guard house, cells and office. A technical report which includes designs has already been compiled by the consultant. This will be a three-year project,” he said. DM/OBP