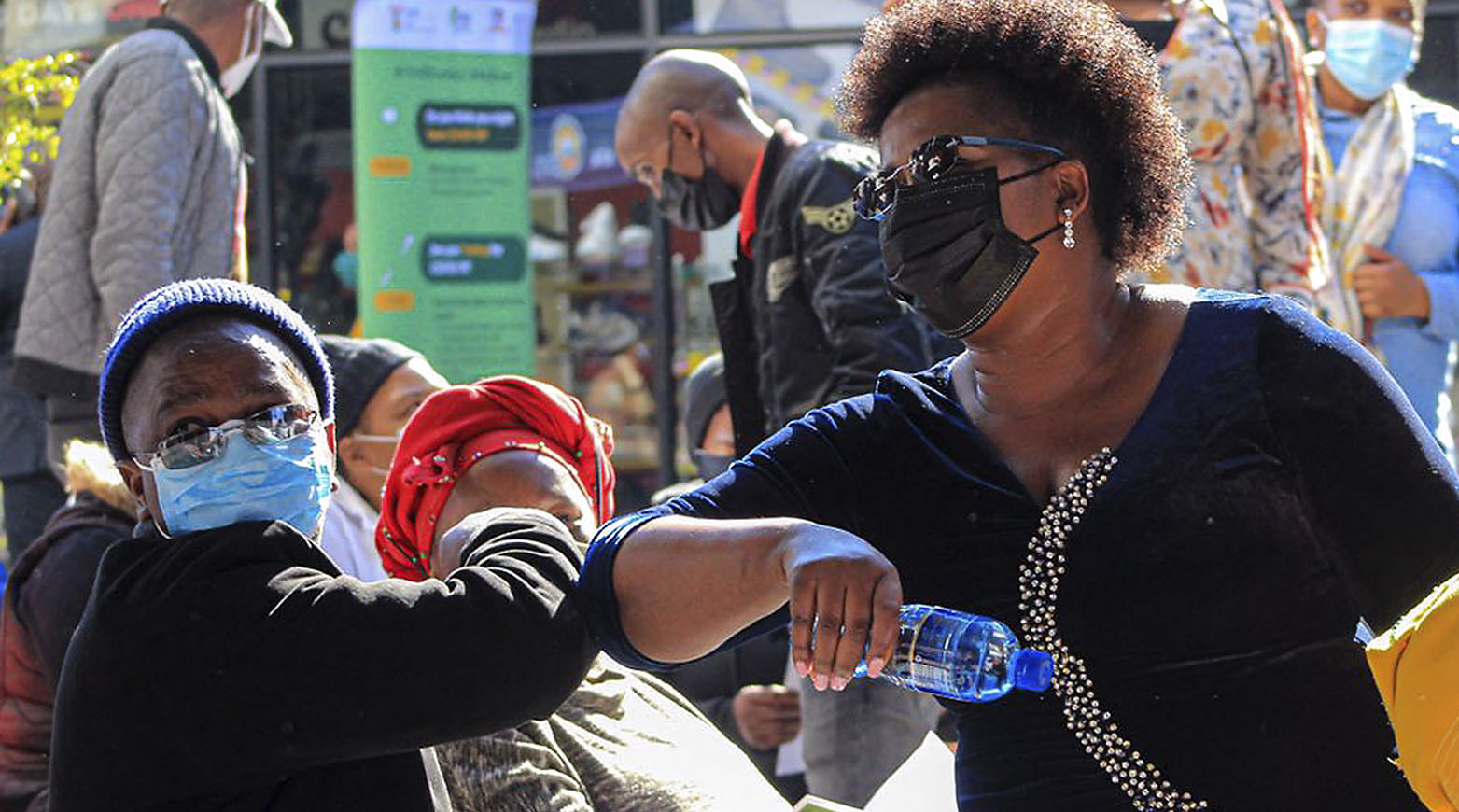 With a rapid rise in positive cases, the biggest metro in the Eastern Cape, Nelson Mandela Bay, was declared to be ‘in the third wave’ of the coronavirus outbreak on Tuesday as the provincial death toll due to the virus neared the 12,000 mark.

The Eastern Cape MEC of Health, Nomakhosazana Meth, said on Tuesday the province’s biggest metro, Nelson Mandela Bay, had been hit by a third wave of Covid-19 infections, as reported cases skyrocketed to 2,380. The current incidence of Covid-19 in the metro is estimated to be 216 per 100,000 of the population.

Executive Mayor Nqaba Bhanga was expected to address the media on Wednesday following a meeting of the metro’s Covid-19 command council.

The metro is also in the grip of an unprecedented drought and taps are expected to run dry this month unless significant rain falls in the catchment area soon. The combined water levels of the metro’s dams this week dropped to 10% of capacity, with the largest dam, the Kouga Dam, at only 4.2% of capacity.

As of Tuesday, Nelson Mandela Bay accounted for 57.7% of the Eastern Cape’s active cases, according to the latest epidemiological report issued by the Department of Health.

Speaking in Mthatha on Tuesday, Meth said the rate of people registering and getting vaccinated was not “what we thought [it would be]”.

She launched a project to use “pop-up” vaccination sites at the big retail centres in Mthatha and Lusikisiki on Tuesday, saying they wanted to meet the elderly population halfway.

“We are at war — a war with an enemy that does not negotiate or discriminate. This is reflected by the fact that 209,462 people in the Eastern Cape had tested positive as of the 4th of July 2021. Sadly, we had lost 11,937 people during the same period. We know their names and we know their faces. They were our brothers, sisters, sons and daughters, mothers and fathers.”

“This is a big concern, because we are slowly seeing signs of a virus that is fast running away from us as was the case in the first and second waves in that region.

“Nelson Mandela Bay Metro has now been declared as the first region to be hit by the third wave of the coronavirus. What we are seeing in the metro is exactly what happened during the first and second waves where the region was declared a Covid-19 hotspot. This is very concerning, as it seems our people in that region continue doing the same thing over and over again, leading to an unacceptably high number of cases.

“This Delta variant is the most infectious of all the different variants of concern. The symptoms are not that different to the previous variants, but most common are headache, sore throat, runny nose, sneezing and fever.

“The variant also presents a new challenge for the health sector as it leads to higher rates of hospitalisation among those infected. This will undoubtedly put excessive pressure on our health resources.”

Meth added that a rapid response team with expertise in clinical care, coordination, logistics and infection prevention control had been deployed to Nelson Mandela Bay and the Sarah Baartman district “as promised by the premier last month. This team is supported by experts from the national Department of Health and other provincial departments.”

According to the latest figures released by the Department of Health, 584,306 residents of the Eastern Cape, a province with a population of around six million, have registered for the vaccine.  Of these, 443,467 were over the age of 60.

“Our data shows that OR Tambo, Chris Hani and Nelson Mandela Bay Metro have low registrations against the targeted population of over 700,000 elderly living in our province,” Meth said.

The number of people in the province who have been vaccinated “ is probably more than 400,000 now”, she added.

“We are the first to admit this is not nearly close to our target of over four million people in order for us to achieve herd immunity. But we have added more vaccination sites and we now have 774 sites across the province.”

On Tuesday, Meth launched a partnership between the department, the SA Social Security Agency, Rhino, Shoprite, Boxer and Clicks.

“We aim to vaccinate 30,000 people a day. Educare, one of our partners as well, will be going to rural areas in mobile units for the same purpose starting on the 12th of this month,” she said.

One of the elderly people who was vaccinated at the “pop-up” site at Mthatha Plaza, Buyiswa Dube (71), said she was grateful for the initiative.

“It took me weeks before taking this decision,” Dube said. “Remember, people were spreading negative information about the vaccine, but what motivated and encouraged me since a few weeks ago is to see other elderly people taking the vaccine on the television and I also decided to take the vaccine to protect myself.”

Dube said she had planned to register for the vaccine next week, but came across the MEC and health officials in town.

“I was just moving around town, but fortunately I came across them. This is good news for me because I have been thinking of taking a vaccine for a long time.” DM/MC