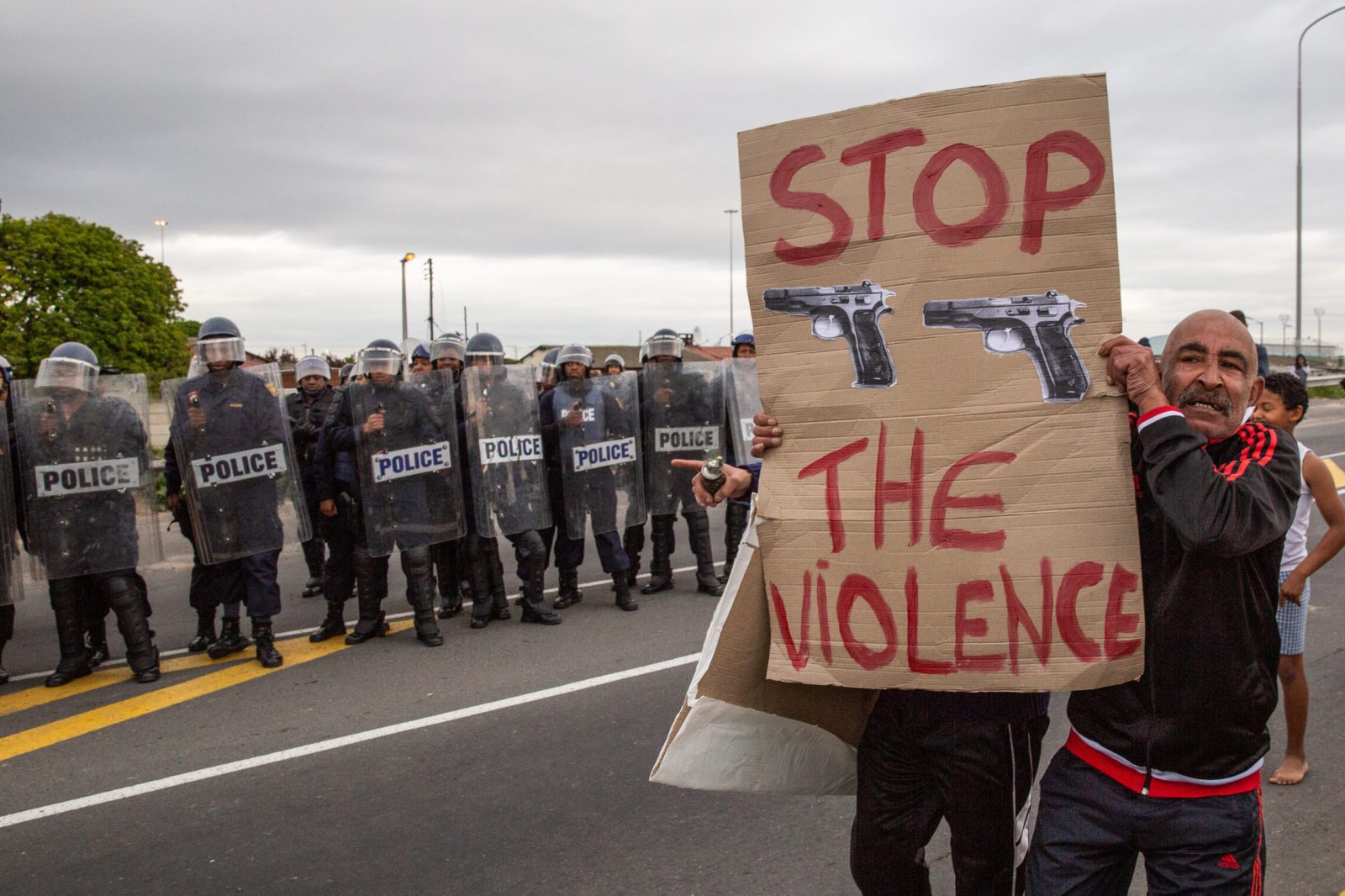 The Bishop Lavis community on the Cape Flats protest in 2018 demanding better policing and an end to gang violence. (Archive photo: Ashraf Hendricks)

Yet much debate on the Firearms Control Amendment Bill is based on the ‘right’ to have a gun for self-defence.

Adèle Kirsten is the director of Gun Free South Africa.

Most people in South Africa do not own guns. Those that argue for the right to carry a gun for self-defence are arguing for the right to kill. Because guns kill — that’s their purpose. Our Constitution protects our right to life and to safety and a gun takes that away. It undermines that right.

The best form of self-defence is to de-escalate the confrontation, remain calm, and co-operate. Not only is this common sense, but it is also backed up by local and international research. The events described by two speakers at a panel on the Bill (Ground Up, 1 July) further demonstrate that. Neither of them was armed at the time, yet their attackers were, and they both survived, which is the most important outcome. Not having a gun is what helped them survive. It also meant two fewer guns entering the illegal market to be used in crime.

Using a gun for self-defence increases the risk of being shot. South African research undertaken in two Johannesburg police precincts shows you are four times more likely to be shot at if you use your gun in self-defence, whereas international research shows that guns are very rarely used in self-defence against a criminal attack. This is not surprising: criminals are usually armed, work in groups of four to five, and have the element of surprise to add to their advantage.

A gun in the home also increases the risk for injury and death: it is more likely to be used to commit murder, suicide or to threaten and intimidate someone known to the shooter than to successfully protect against an intruder. For example, in South Africa, women are most at risk of being killed at home by an intimate partner with a legal gun.

Having a gun also puts you at risk for criminal attack: guns are highly prized commodities and criminals target people for their guns. Over the last 20 years, police reports consistently show that most guns reported as lost or stolen were lost by or stolen from civilians. Of the 8,680 guns reported stolen or lost in 2019/20 (an average of 24 a day), 8,007 (92% or 22 a day) were owned by civilians and 673 were police owned.

So, accepting that guns are not the solution opens the space to genuinely explore alternatives together, to see what we can do to build safer communities. DM

Adèle Kirsten is the director of Gun Free South Africa.

Views expressed are not necessarily those of GroundUp or Daily Maverick.