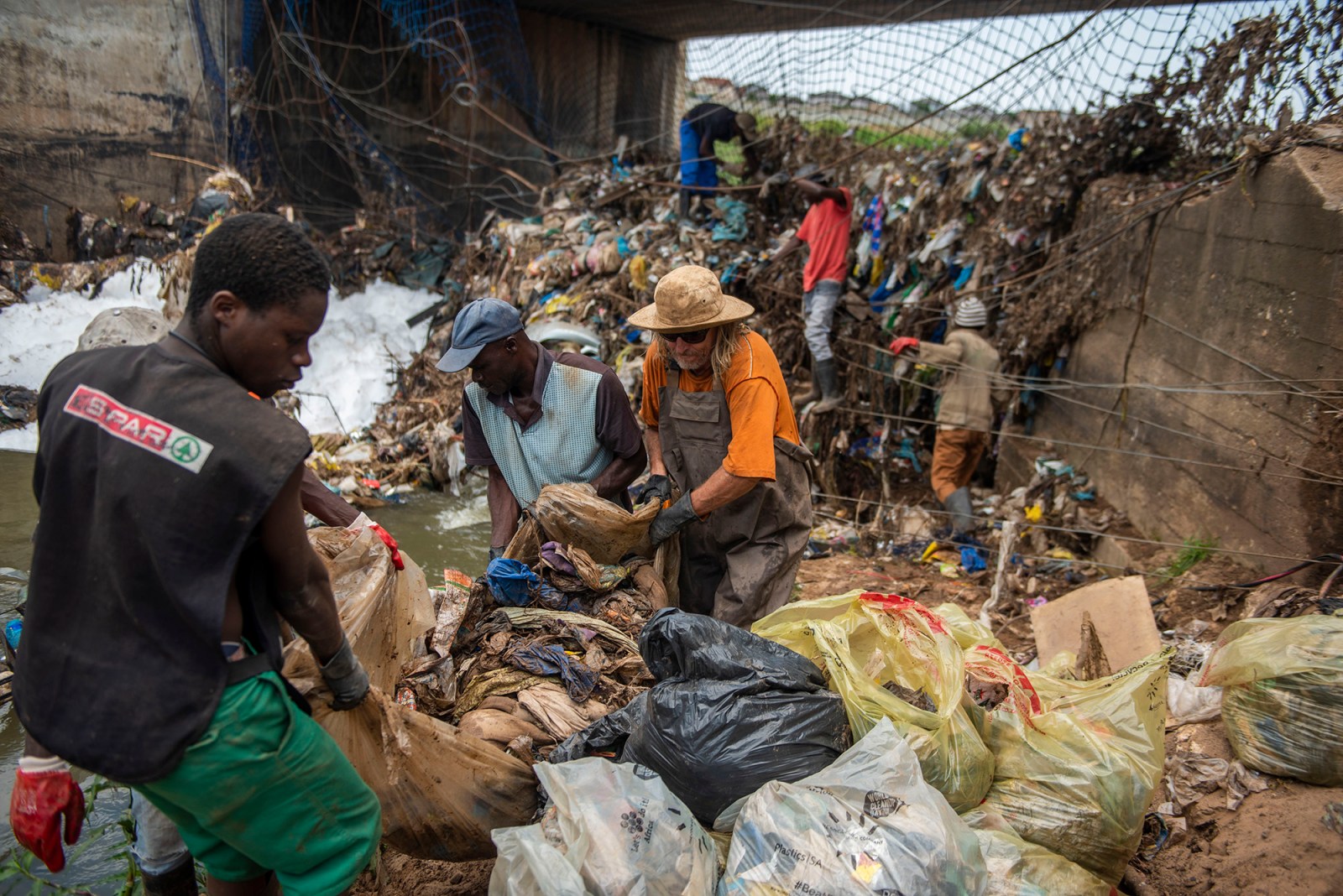 The latest scandal involving leaked documents expressing the South African government’s intent to oppose a proposed global treaty of plastic bans is just the most recent example of how the plastic and petrochemical industry is coercing African governments to push their profit-making agenda.

Across Africa, plastic pollution remains a serious problem, devastating communities’ health, their environment and the ecosystem that millions depend on for livelihood. Its effects are harmful, blocking riverways and provoking flooding among other huge environmental discomforts. The most vulnerable of societies bear the brunt of plastic pollution issues, according to the United Nations, and recent developments in the news expose who stands to benefit from it.

In the past year, Greenpeace also uncovered a proposal to the United States Trade Representative (USTR) by the American Chemistry Council (ACC) urging the US government to leverage its Free Trade Agreement (FTA) negotiations with Kenya to flood Africa with plastic.

In a series of letters to USTR, the ACC, which represents businesses such as the petrochemical industry, lobbied to force the Kenyan government to abandon its anti-plastic legislation so that ACC members were able to export plastic and chemical fertilisers to the country. The ACC further expressed that it would leverage existing trade agreements on the continent to market these harmful exports in Kenya’s immediate neighbours, as well as 27 other African countries.

News of the ACC’s underhanded attempts to influence the East African hub’s national policies was met with international outcry — with lawmakers from both the US and Kenya scrambling to extinguish the flames. This FTA could potentially lead to the first bilateral trade agreement between the US and a country in sub-Saharan Africa, but the current process contains loopholes and conditions that allow for industry giants to skew the agreement in their favour.

Kenya has some of the world’s strictest restrictions on plastic — contravention of which could result in imprisonment or hefty fines. While existing laws have had a substantial impact on the improvement of the environment, there is still room for improvement, as single-use plastic items such as bottles still plague Kenyan waterways.

Companies such as Coca-Cola capitalise on African governments’ inability to provide safe drinking water by supplying disposable bottled water, and have for many years ranked as the top polluter in brand audits on the continent. Three of the world’s top 11 countries contributing to plastic pollution of the oceans are on the continent of Africa.

The beverage giant is already piloting controversial recycling schemes in South Africa and Kenya — it has shifted toward recyclable packaging by a further 3%, which signals a real risk of existing sustainable reuse glass bottle models being phased out. Coca-Cola also recently announced the listing of their plastic bottling operation on the JSE after the South African government adopted Extended Producer Responsibility, which favours recycling.

While there has been heightened awareness and outrage toward Western governments who seek to exploit the Global South through unfair diplomacy and even overt dumping of plastic waste and products, the exploits of Africa’s local plastic and petrochemical industries go unchecked.  Typically these industries operate freely with the benefit of the African Continental Free Trade Agreement that would allow the ACC access to 28 countries.

Oil and gas companies like Sasol — one of Africa’s biggest polluters — are rapidly expanding exploration along the continent’s eastern and western coasts. Some are even planning to drill in protected areas and World Heritage sites such as the Okavango Delta. According to its website, Sasol already pushes sales of its polymers throughout sub-Saharan Africa and markets them in a total of 75 countries globally.

It is no surprise then that the South African government continues to ignore calls for single-use plastic bags, particularly since President Cyril Ramaphosa’s focus remains on reindustrialisation and capital investments in South Africa to encourage economic growth and job creation. This is despite 35 other African countries already having taken steps to phase out plastic due to its harmful impact on the environment.

The influence of the Ramaphosa administration’s reindustrialisation agenda is clear when considering leaked confidential documents from the SA environment department, indicating an internal proposal that they reject the proposed global treaty on plastic. This is despite being the third-largest polluter in Africa and the eleventh largest in the world.

The South African government pushes forward with its agenda, conveniently overlooks ongoing calls for the phase-out of single-use plastic. It remains steadfast in its plans to ramp up recycling, with hefty investment into new recycling plants and approval processes for plastic waste imports that promise a circular economy for plastics, under the guise of creating more jobs as South Africa’s unemployment crisis deepens.

However, these plastic industry-led recycling schemes are a false solution to both the growing plastic, and unemployment crisis. If South Africa continues with its plans to prioritise the plastic industry’s agenda, it will incentivise corporates like Coca-Cola to abandon existing sustainable distribution models for supposedly more profitable plastic-based ones.

In doing so, they will take food out of the mouths of the unemployed waste pickers which they claim to be empowering — since the role of waste pickers in the recycling economy will be taken over by corporations that are already investing heavily in recycling infrastructure.

It is important for even more African governments to react to a declining demand for plastic across the continent, and around the world, which could make petrochemicals a dying industry unworthy of investment. DM/OBP