‘Hello, my name is South Africa… we have a collective drinking problem’: Alcohol bans had more impact than curfews, study finds 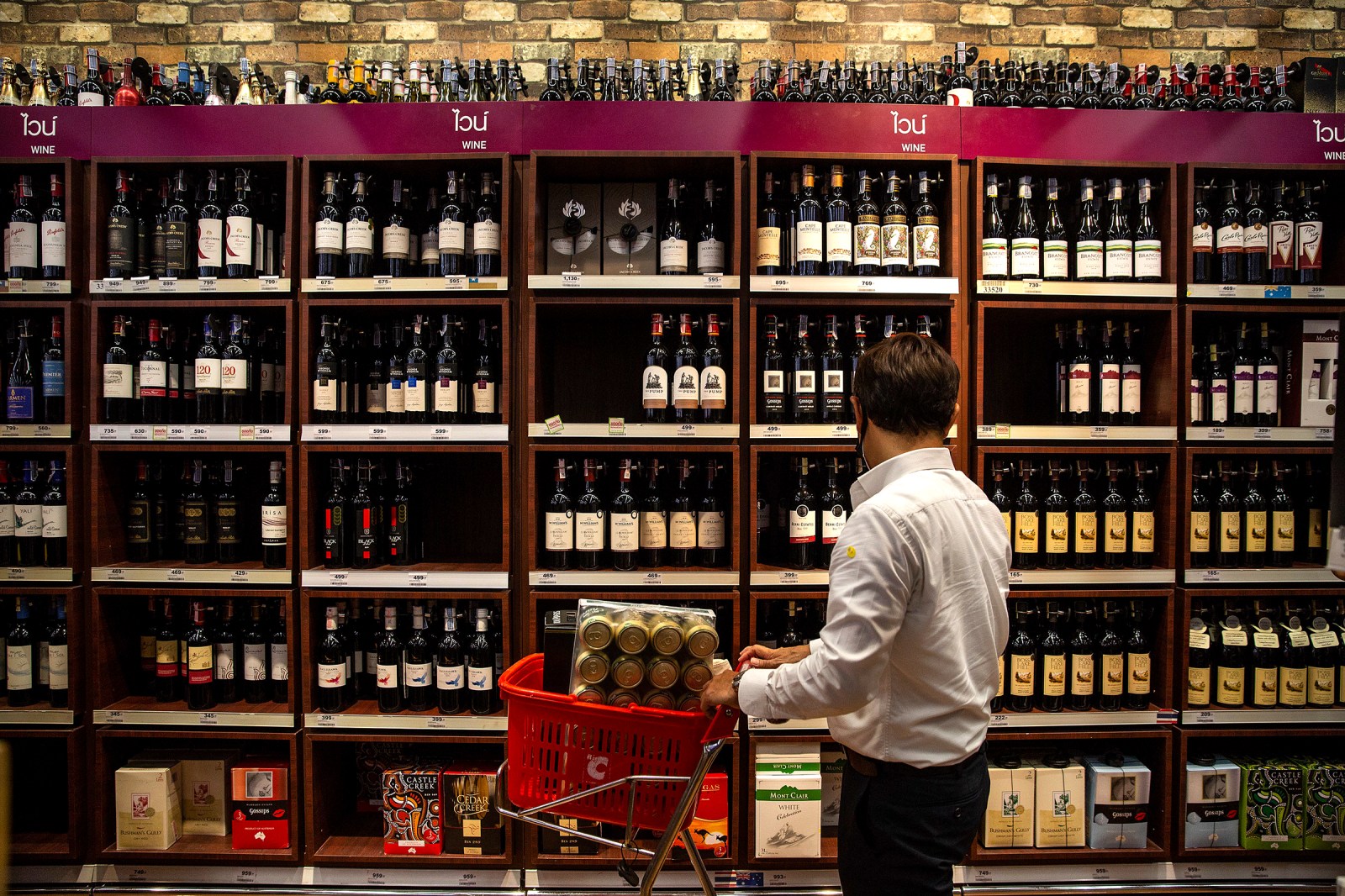 New research published in the South African Medical Journal has found compelling evidence that a blanket ban on alcohol reduces the number of unnatural deaths related to trauma injuries, while curfews have less of an impact. Adele Baleta spoke to lead author, Prof Tom Moultrie.

New research published in the SA Medical Journal (SAMJ) has found evidence that a ban on alcohol reduces the number of unnatural deaths related to trauma injuries while curfews have less of an impact.

Prof Tom Moultrie, lead author and director of the University of Cape Town’s Centre for Actuarial Research, says the findings show the weekly number of unnatural deaths (motor vehicle accidents, suicides and murders) was about 50% lower than expected during the Level 5 hard lockdown from March to May 2020, and was 26% lower than expected when the sale of alcohol was banned with curfews of between four and seven hours.

The SAMJ study comes as the alcohol industry gears up for legal challenges to the government’s latest ban on alcohol sales under lockdown regulations. The 14-day restrictions as of Monday last week are the fourth time in 18 months that the government has banned alcohol sales in an attempt to curb the spread of the SARS-CoV-2 virus, presently driven by the Delta variant.

The non-profit company Vinpro, which represents around 2,600 local wine producers, is headed to the Western Cape High Court on Wednesday, when its urgent interdict application against the legality of the restrictions is scheduled to be heard.

South African Breweries (SAB) followed suit, filing papers on Wednesday last week challenging the ban on administrative law grounds. This follows an earlier court application by SAB to review and set aside regulations prohibiting the sale of alcohol. That application is still pending.

While agreeing that lawful and reasonable measures are needed to contain the virus, the alcohol industry contends that the recent ban on alcohol sales is unsubstantiated by robust science.

Moultrie says the SAMJ study published on Friday, which looks at the estimated effect of various combinations of alcohol restrictions and curfews, was submitted and accepted in early May – weeks before the recent alcohol ban announcement – and “the timing of the court cases is coincidental”. The SAMJ study used 68 weeks’ worth of data from January 2020 to mid-April 2021.

Moultrie says the impact of a full alcohol ban on unnatural deaths decreases with a decrease in hours of curfew.

This result differs markedly from an earlier study, funded by the alcohol industry (which is not published in any peer-reviewed journal), which argues that the reduction in unnatural deaths was due to curfews and not alcohol restrictions.

“This paper completely refutes that argument,” says Moultrie. “We say the effect is one of availability of alcohol. This is amplified, in that, as the time of curfew diminishes, access to alcohol increases. Furthermore, when there are partial restrictions on alcohol, irrespective of the duration of curfew, there is no discernible effect. We never set out to engage with the alcohol industry paper, but I think the answers (findings) are unequivocal,” he says.

“The one anomaly we refer to in the paper is the six-week period after the hard lockdown (May 31 to 11 July 2020) where there were partial restrictions on alcohol and no curfew, and we found that there was still a significant reduction of 13% (144 deaths a week) in the number of unnatural deaths.”

“The 13% is statistically significant, but that effect is less than the effect of a full ban on alcohol at 49,4%,” he says.

The researchers are at pains to note that while there is a reduction of about 50% (49.4%) in the number of unnatural deaths under the full restriction of Level 5 lockdown, they believe this is probably close to the upper end of the likely impact of any full ban on alcohol.

Moultrie says there are two reasons for this conclusion.

Initially, people were shocked and blindsided by the ban on alcohol and they had not switched to stockpile reserves of booze. He says with rumours of impending “family meetings” and lockdowns, people take their disposable income and rush to bottle stores and stockpile alcohol.

Moultrie says the other reason is the effect of illegal or illicit trading networks having stepped into the breach. “There is certainly enough anecdotal data around how people were able to procure alcohol or cigarettes during that first Level 5 lockdown,” he says.

“Those networks did not exist initially but then they evolved. We don’t have data from last week, but we saw in January, after tough restrictions on alcohol were announced on December 27, unnatural deaths did fall dramatically but somewhat less than before.”

The authors, therefore, caution that the observed effect of complete restrictions may diminish over time, as a result of the reimposition of restrictions being anticipated, and the presence of illicit supplies of alcohol.

Co-author of the SAMJ paper, Prof Charles Parry and others in a presentation hosted by the minister of health (now on special leave) in mid-2020, showed a 60% to 70% reduction in hospital visits and admissions related to trauma during the initial ban under levels 4 and 5 of last year’s lockdown. Parry is the director of the Alcohol, Tobacco, and Other Drug Research Unit at the South African Medical Research Council (SAMRC).

Moultrie points to a recent study by Tygerberg Hospital which, he says, showed results that are consistent with their own.

‘We need a different approach’

However, Moultrie adds, a complete ban on sales is not a long-term solution. “We need a different approach. We need a national conversation which starts with, ‘Hello, my name is South Africa, we have a collective drinking problem’.

“We need collective acknowledgement from all players – all South Africans, the alcohol industry and government – that we have this problem and then we can start a serious discussion on how to reduce heavy drinking, decrease unnatural deaths and the burden of alcohol use on health facilities,” Moultrie says.

He says policy decisions around these important issues are complex and need careful consideration.

“There are economic implications and we are not adopting a fundamentalist approach… but clearly when the nation was surprised by a hard ban on alcohol, the number of alcohol-related deaths and hospitalisations – and, we suspect, gender-based violence – are all affected in a positive way,” he says.

The authors – the same team that produces the SAMRC report on excess deaths – conclude that the possibility of “capturing and making available near-real-time cause-of-death data would represent a significant step forward in monitoring and responding to future outbreaks of infectious diseases”.

Moultrie says the department of home affairs has a weekly report on excess deaths, “but all we get in real-time is whether or not the death was from natural or unnatural causes. What we do not know is what people were dying from. We don’t know, for example, whether the alcohol ban might have reduced suicides dramatically or road traffic accidents or homicides.”

Cause-of-death data is only released three years later, in what he described as a complex process. “We are effectively driving a car looking in the rearview mirror. The delay limits our ability to track an epidemic in real-time and to establish what the cause of the unnatural deaths was.”

The current paper-based system of death certification needs to change to an electronic data capturing system, he says. DM/MC

Adele Baleta is an independent science writer and a member of the Vaccine Hesitancy Working Group for the National Advisory Group on Immunisation.