The 2021 British & Irish Lions series: Strangest and most complex of tours is finally here 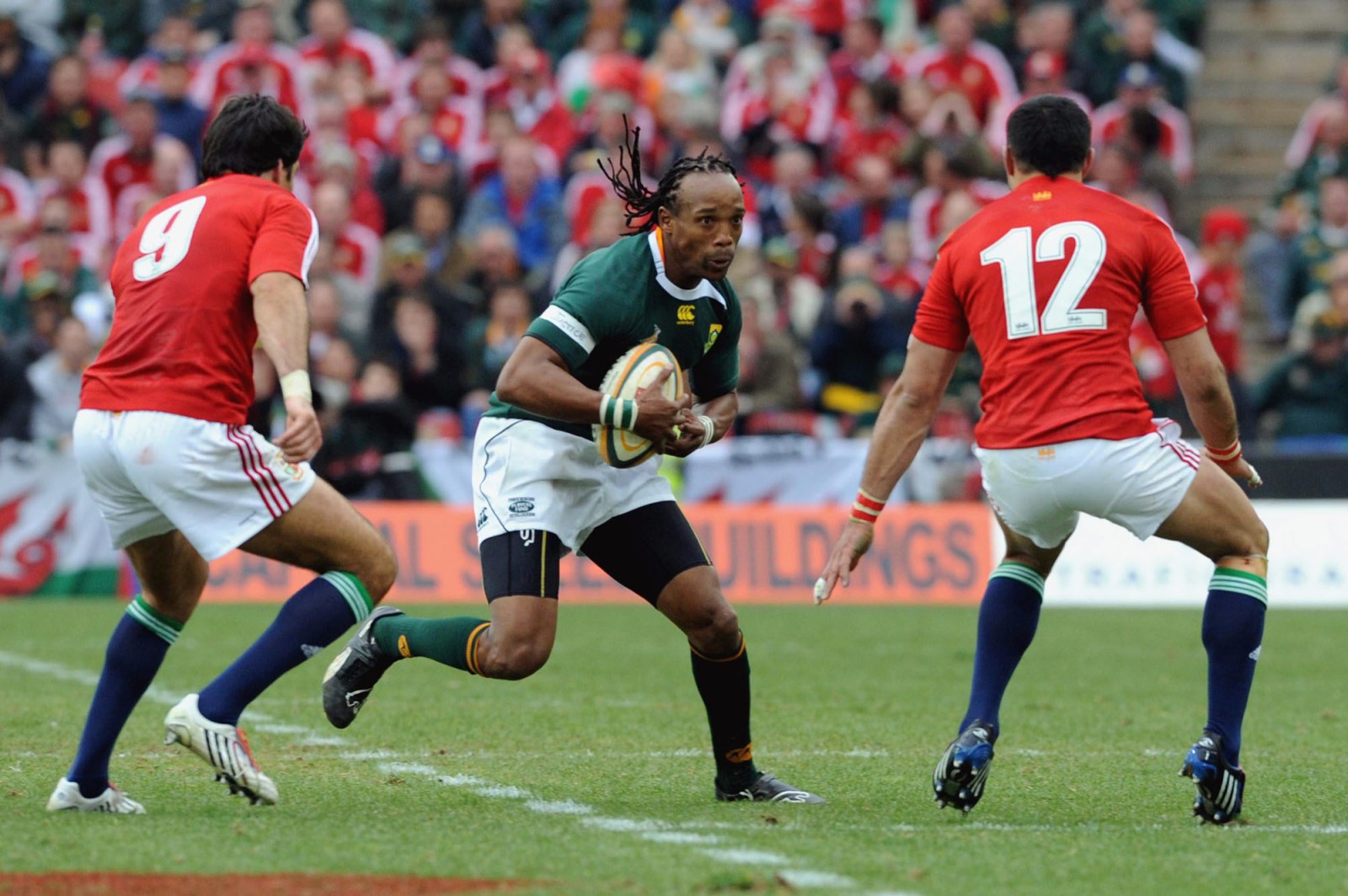 Mike Phillips of the Lions and Riki Flutey of the Lions about to tackle Odwa Ndungane of South Africa during the British & Irish Lions tour third Test match at Coca-Cola Park on 4 July 2009 in Johannesburg. (Photo: Lee Warren / Gallo Images)

After a stressful build-up, the 2021 British & Irish Lions tour is on the go at last. The most compelling storyline might be whether it makes it to the end, on 7 August.

The Springboks and British & Irish Lions will clash in the 14th series since 1891 over the coming six weeks, but never has it been more of an accomplishment just to get the tour to the starting line.

The Covid-19 pandemic has brought it close to collapse on several occasions. The original operational and commercial plans, which in themselves were complex documents to agree on, had to be rewritten. And then rewritten again and again.

Would the tour be postponed? Could it be moved to another location outside SA? Australia offered to host it, but that was turned down for several reasons, including the unpalatable time zone for broadcasting. The fact that there were no guarantees that by the end of June Australia wouldn’t be in the grips of a Covid crisis itself was also a worry.

And as it turned out, Sydney is currently shut down and cases are popping up in other cities. Dubai was briefly discussed as an alternative because fans might be allowed, but that option quickly withered on the vine.

The most plausible scenario was moving the entire caravan to Britain with the Springboks playing tourists. That option, which was acceptable to both the Lions organisation and SA Rugby (Saru), hit snags because South Africa was placed on Britain’s “red list” of countries with Covid-19 surges.

That meant travellers from SA weren’t allowed into Britain at the time the proposal was on the table in April. Subsequently, the Bok squad and management received the Johnson & Johnson vaccine in mid-May, donated from the Sisonke trial stocks.

But by then the decision to continue as scheduled in South Africa had been made because broadcasters and sponsors needed clarity; and a host of other logistics providers such as hotels, security, medical services and transport needed to be finalised.

Setting up biosecure environments to accommodate and monitor both squads required many moving parts coming together. Seemingly small factors such as ensuring hotel staff could be accommodated on site to maintain the integrity of the bubble also had to be factored in.

And that was before the Delta variant hit and Gauteng in particular, where both teams would spend the bulk of the tour, plummeted into a ferocious third wave. On the eve of the Lions’ departure from Britain, South Africa moved to Adjusted Alert Level 4 lockdown.

Under the original Level 4, no sporting events would have been allowed, but Saru’s constant dialogue with the sports ministry ensured that “adjusted” was included in the new regulations.

But even so, the Lions were concerned about flying into the third wave epicentre in Johannesburg. It didn’t help matters that three Bok players – Sbu Nkosi, Vincent Koch and Herschel Jantjies – returned positive tests on 26 June. Jantjies’s test was later found to be a false positive.

Cue more scrambling, further tightening of bubble and more options, such as relocating the bulk of the tour to the Western Cape came under discussion as the Lions plane literally sat on the tarmac in Edinburgh, scheduled for OR Tambo International Airport.

In Gauteng, the Lions are staying in Fourways at Montecasino, the Boks at a hotel in Rosebank. Neither squad has much space outside the immediate confines of the hotel. But in the Western Cape, where three matches are scheduled to take place, the Lions will be staying at the Arabella Country Estate about 100km from Cape Town.

The complex alongside a lagoon has a world-class golf course, tennis courts and wide open spaces. There could hardly be a better place to be locked down in, so it’s no surprise that the Lions favour this move.

The Boks, though, have to stay at their regular city-centre hotel in Cape Town as part of their commitments to Tsogo Sun. The Cullinan Hotel is a good facility, but it doesn’t offer the same space and variety of activities the Lions would enjoy at Arabella.

Changing the location of the tour is not that simple either, because those hotels might not have capacity for both squads beyond the agreed dates.

The tourists would be at a mental advantage if the bulk of the tour, meaning the second and third Tests, were moved to Cape Town. They also wouldn’t have to contend with high altitude, which is probably the last advantage the home team holds.

And, with each passing day of the pandemic, especially the severe third wave, the optics of hosting the tour when there was so much suffering also came under scrutiny. That debate will run throughout the series, especially if Gauteng’s situation gets worse.

“I am not an expert in virology but I think they are trying to mitigate the risk of infection as much as they can,” Bok coach Jacques Nienaber said this week.

“We adhere to those protocols and, from the Springboks’ perspective, there isn’t a player that does not want to participate in this tour because it is such a special tour.

“It only comes around maybe once every 12 years. As a Springbok player, you will be lucky to participate in it once in a career. Everyone is doing their utmost to stay Covid-19 free.

“With a virus, I don’t think you can completely take away the risk but the precautions being taken to keep us as safe as possible are magical and we’re abiding by them. I can’t see that the tour will be in jeopardy. We are operating as normally as we can within our environment.”

Rugby to be played

The British & Irish Lions begin their eight-match tour against the South African version of the Lions at Ellis Park on 3 July. It’s the second of six matches (including a 28-10 win over Japan on 26 June) before the crucial first Test against the world champion Springboks.

This is also the shortest tour in Lions history, a result of the increasingly congested global calendar. From a purely rugby perspective, Warren Gatland’s squad has minimal time to prepare.

Also, the provincial teams the Lions face will contain no current Bok squad members, mainly because it could undermine the integrity of the bio-bubble. So, from a purely performance perspective, the Lions might not face the best possible opposition they could before facing SA “A” in their fourth tour match on 14 July.

“The first game on tour is always difficult in terms of getting up to speed,” Lions coach Gatland said. “They [SA Lions] are probably the least affected in terms of the number of players they’ve lost to the Boks.

“And for many of them it’s a once in a lifetime opportunity to play against the Lions, so they’re going to be highly motivated to be the first team to beat the Lions.”

On the flip side, the Springboks have not played together since winning the World Cup on 2 November 2019. They met Georgia on Friday night in their first Test in exactly 20 months, since that wonderful night in Yokohama. The world champions are hardly going into the Lions series in fine fettle either.

“International rugby is either agony or ecstasy; there is nothing in between. Hopefully we have a lot of ecstasy,” Gatland said.

Some might argue that just being in South Africa under the current circumstances is ecstasy enough. DM168