Covid-19: What we do and don’t know about the potential need for vaccine booster shots 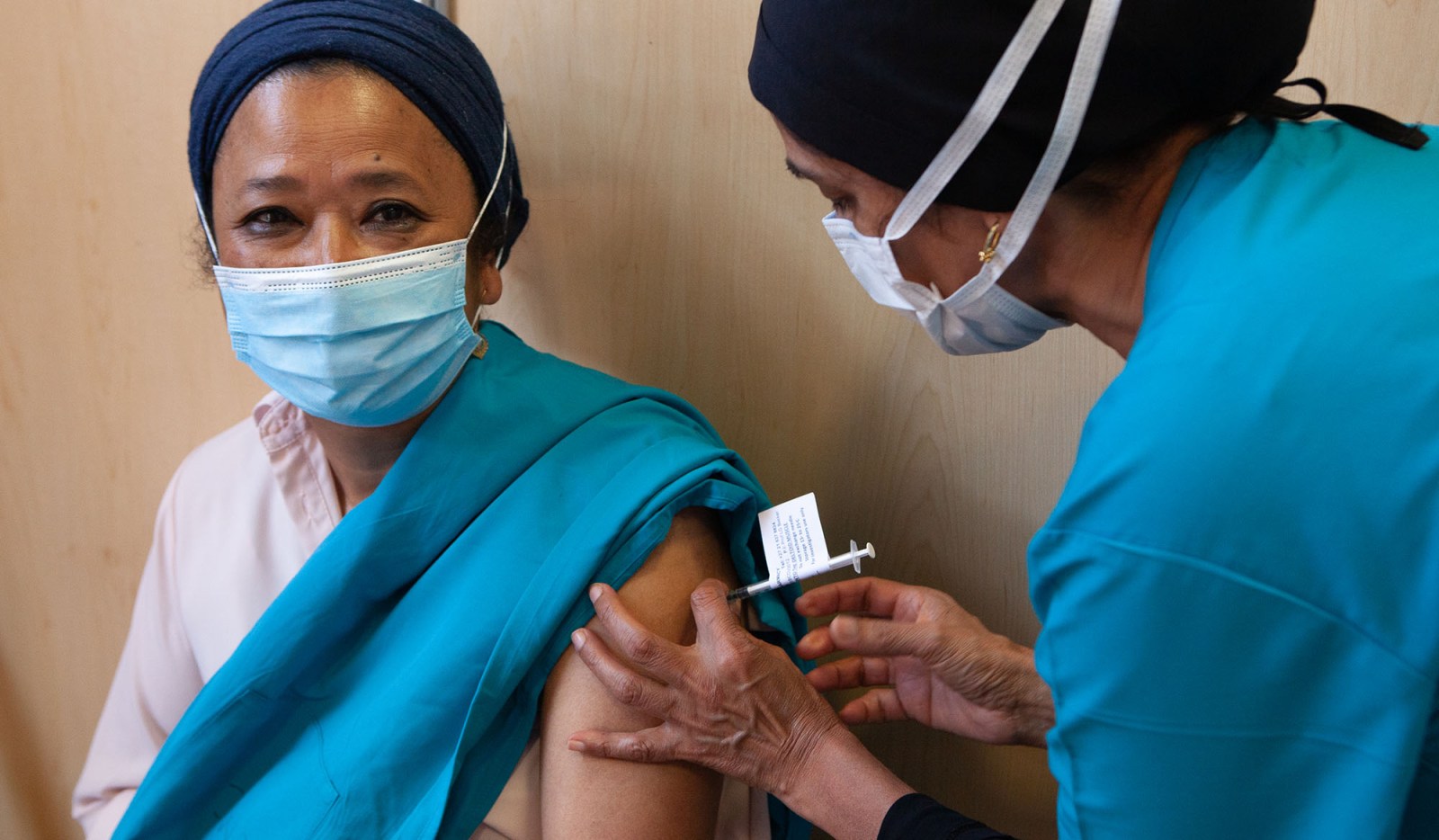 The two vaccines used in South Africa’s vaccination programme, those from Johnson & Johnson and Pfizer-BioNTech, have both been shown to be highly effective against Covid-19, particularly in preventing hospitalisation and death. But protection may wane over time and new variants may or may not render these vaccines less effective. We unpack what we do and do not know about the potential need for booster shots and survey some of the studies that will help fill the gaps.

With renewed concerns about new variants of SARS-CoV-2, largely driven by the rapid spread of the Delta variant, it might well be that people who have received these vaccines may in time require booster shots. Given that it is a single-shot vaccine to start with, it seems more likely that a booster shot will be required for the J&J vaccine, although the science is far from settled and it might equally be that no booster shots will be required.

The J&J vaccine was rolled out to 500,000 healthcare workers during the Phase 3b Sisonke trial and hundreds of breakthrough infections have been reported, although the majority of these have led to only mild symptoms. The J&J vaccine is currently being rolled out to teachers and will also soon be provided as part of the age-based vaccine roll-out to the public.

All the Covid-19 vaccines registered so far with stringent regulatory authorities, except for J&J’s one-and-done jab, require two doses. The first dose primes the immune system and the second dose boosts or strengthens the response.

The results of the J&J Phase 3 Ensemble study showed excellent protection against multiple variants and the manufacturer says it will continue to test the effectiveness of the vaccine against new and emerging variants. Mmakafela Mojapelo, a company spokesperson, says, “We are monitoring the Delta (B.1.617.2) variant and are testing whether the immune response elicited by our Covid-19 vaccine is also targeting this strain and capable of neutralising it in a laboratory setting.”

According to Professor Linda-Gail Bekker, co-lead investigator of the Sisonke trial and Director of the Desmond Tutu HIV centre, lab data supports better immunogenicity (immune response) of the J&J vaccine against the Delta variant (thought to be driving South Africa’s third wave) than against the Beta variant (dominant in South Africa’s second wave). There is as yet no reliable data on how the J&J vaccine’s efficacy against the two variants differs in the real world.

New variants are not the only thing that might require people to get booster doses, it might also be that immunity could wane over time. Bekker says the clinical trial data on the durability of immunity after a single dose of the J&J vaccine will be made available in the next month or two but indications are that immunity lasts for more than 200 days (over six months).

She acknowledged that “several hundred” frontline healthcare workers who had been vaccinated reported breakthrough infections, however, “more than 90% of these resulted in mild symptoms”. Breakthrough infections are not unexpected since none of the vaccines provide 100% protection against infection.

The short answer is that we simply don’t know yet.

In addition to the single-dose regimen Ensemble study, Janssen, the manufacturer of the J&J shot, began a two-dose trial in November last year. Interim clinical data from this ongoing, large-scale, multicountry Phase 3 trial looking at the safety and efficacy of a two-dose regimen will only be available later this year. Up to 30,000 participants enrolled for the study.

Meanwhile, scientists on Monday reported that the two-dose mRNA vaccines produced by Pfizer-BioNTech and Moderna are likely to produce lasting immunity. The study published in Nature adds to growing evidence that people immunised with these shots may not need boosters providing the virus and its variants do not evolve significantly beyond their current forms – which is not a certainty.

Encouragingly, the J&J vaccine is being investigated in an early stage, mix-and-match trial launched by the US National Institutes of Health (NIH) last month. The trial hopes to determine the safety and immunogenicity of mixed boosted regimens.

The NIH’s Phase 1/2 trial includes 150 volunteers who have been fully vaccinated against Covid-19 with either the one-dose J&J or the two-dose Moderna or Pfizer-BioNTech vaccines. Participants will receive one booster dose of Moderna’s shot 12 to 20 weeks later, irrespective of what shot they first received.

At the time of the trial launch Dr Anthony Fauci, Director of the National Institute of Allergy and Infectious Diseases, said “… we need to prepare for the possibility of needing booster shots to counter waning immunity and to keep pace with an evolving virus. The results of this trial are intended to inform public health policy decisions on the potential use of mixed vaccine schedules should booster doses be indicated.”

Supporters of a vaccine mixing approach will be encouraged by results published as a preprint (still to be peer-reviewed) in The Lancet of the UK’s Com-COV study, which show the strategy offers good protection with some vaccines.

The study looked at the efficacy of either two doses of Pfizer-BioNTech, two of AstraZeneca or one of each followed by the other, four weeks apart in 850 volunteers aged 50 and older.

Two doses of the Pfizer-BioNTech vaccine produced the highest antibody levels and the T-cell response was higher in people who got AstraZeneca followed by a dose of Pfizer vaccine.

Further results from the study evaluating a 12-week interval between the doses are expected next month.

Bekker agrees that a mix-and-match strategy could alleviate slow and inconsistent delivery of vaccines due to shortages, unequal access and safety concerns, but cautions that there could be an increased risk of vaccine-related adverse events.

“We are seeing that there is a particular profile of adverse events with the mRNA vaccines (Pfizer and Moderna) and a different profile with the viral vector vaccines (such as J&J and Sputnik). Giving both to a person may increase the chance of getting adverse events for both or doubling the risk. This needs to be weighed up and more data is needed.”

Consideration, she says, also has to be given to the interval between doses, whether you boost an initial dose with the same vaccine or with a different one. “We have seen the vacillation around when to use a second dose of Pfizer and Moderna.”

The J&J vaccine is also part of the UK’s CoV-Boost study, which is investigating seven vaccines to provide data on the impact of a third booster dose. The other six vaccines to be tested as booster doses are Pfizer-BioNTech, AstraZeneca, Moderna, Novavax, Valneva and CureVac.

The trial is being conducted by the UK’s National Institute for Health Research and the University of Southampton.

Launched in May, it is aiming to provide data on the use of different vaccines as a booster to further protect against Covid-19 and variants of concern. About 2,900 volunteers from age 30 and older are being recruited across 18 sites in the UK. Initial results are expected in September.

The study aims to establish the safety and immunogenicity of different vaccine candidates used as a seasonal boosting vaccination among people who have received two doses of the AstraZeneca or two doses of the Pfizer-BioNTech vaccine as part of the UK’s vaccination roll-out programme.

For people in South Africa who have received two doses of the Pfizer vaccine, this study should give a good indication of whether any further booster shots may be needed. DM/MC

Adele Baleta is an independent science writer and a member of the Vaccine Hesitancy Working Group for the National Advisory Group on Immunisation.