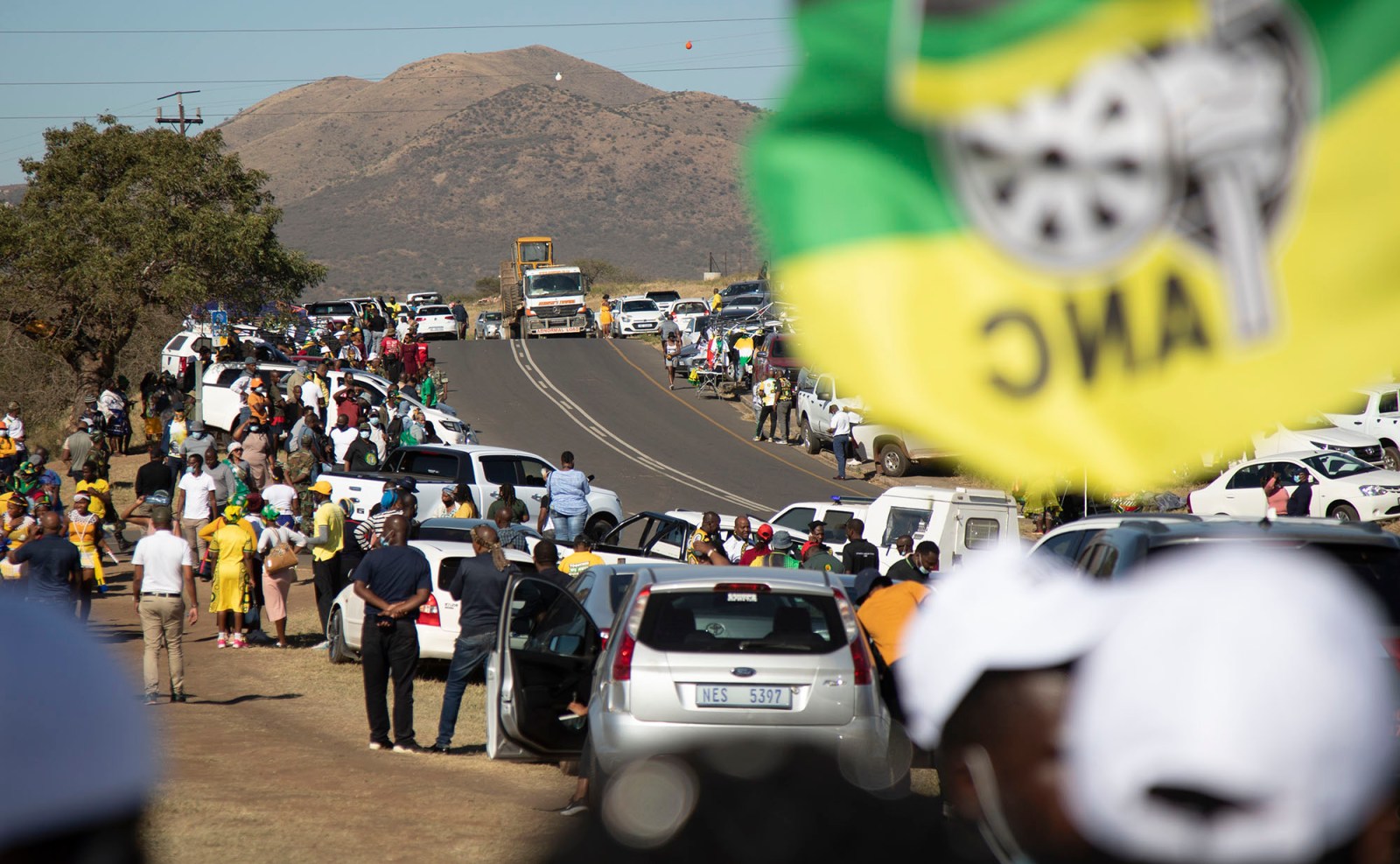 ANC leaders will hold a one-day special national executive committee meeting on Monday to talk about their weekend. Former president and convicted court-order-dodger Jacob Zuma, the man who caused the original weekend meeting to be postponed, has not been invited.

There seems to be no doubt in former president Jacob Zuma’s mind that he will attend this week’s ANC national executive committee (NEC) meeting, although he knows it’s going to be complicated.

“It’s none of your business,” he told Daily Maverick’s Leila Dougan when she asked him if he was planning to attend this week’s meeting. He laughed and added: “No, absolutely, I don’t understand, I’m an NEC member. It depends on whether I go, if there is anything. That’s why I’m asking you the question, ‘is that your business’?”

The ANC has scheduled a special NEC meeting for Monday, 5 July, and will have its ordinary one on the coming weekend after its meeting over the past weekend was postponed. This was to free its leaders to prevent all hell from breaking loose in KwaZulu-Natal before the deadline for Zuma to report to the police to begin his prison sentence.

Zuma, who was sentenced to 15 months in jail for contempt of the Constitutional Court, was not invited, a party insider said. “We can’t be seen to be indifferent to the laws of the republic,” he said. At its 2017 Nasrec conference the ANC resolved that leaders facing criminal charges should step aside from their positions.

Despite his corruption trial resuming in recent months, Zuma has been participating in NEC meetings as an ex officio member, unlike suspended Secretary-General Ace Magashule, whose corruption charges mean that he is barred from attending NEC meetings.

“It was a mistake not to proceed with the NEC [over the weekend],” an NEC member said. Although he didn’t elaborate, it is apparent that the postponement of the meeting gave Zuma a powerful platform to have his say. He addressed both his supporters and the media on Sunday.

The postponement of the meeting also gave the impression that Zuma’s Constitutional Court problem was also the party’s problem. That suits Zuma, because he still continues to portray himself as more authentically ANC than the current leadership.

It also suits him to fight this issue on a party political level, where he still stands a chance of escaping prison, rather than in the courts, where his Stalingrad tactics of almost two decades are reaching their limits. The  15-month jail sentence has forced him to do what he initially tried to avoid — subject himself to the Constitutional Court in a legally unprecedented move and in an attempt to escape arrest.

ANC spokesperson Pule Mabe told the Sunday Times that the party could not get involved in the Constitutional Court ruling. “Once the ANC interferes with the processes of the courts then we will create an unsustainable precedent,” he said, adding that the courts needed to maintain their independence.

Still, the party’s NEC is likely to debate the implications of the judgment, and how best to get Zuma to comply with it. Several NEC members, such as Police Minister Bheki Cele, Transport Minister Fikile Mbalula, Health Minister Zweli Mkhize, who is on special leave, and Minister of Cooperative Governance and Traditional Affairs Nkosazana Dlamini Zuma were in KwaZulu-Natal over the weekend in an attempt to ensure that Zuma’s supporters didn’t get out of hand.

Human Settlements, Sanitation and Water Minister Lindiwe Sisulu and NEC member and head of the party’s subcommittee on peace and safety, Tony Yengeni, met Zuma on Sunday and it was reported that the provincial leadership also saw him, but it’s unclear if ANC leaders met him in substantial numbers.

Zuma told journalists he would not reach out to the NEC. “Why should I meet them? Why should they not meet me? I’m not the cause of this problem. You are now asking me to respond as if I’m now responsible to sentence Jacob Zuma to 15 months in jail without even appealing,” he said.

Magashule, too, was on the stage in front of Zuma’s Nkandla home on Sunday alongside Zuma and the architects of his latest Constitutional Court bid, Dali Mpofu SC, and Thabani Masuku SC.

Magashule addressed the crowd — according to lockdown Level 4 regulations, it was an illegal assembly — as if he were still the party’s secretary-general. He was defying, for at least the third time, his conditions of suspension, which prohibit him from speaking on behalf of the ANC.

Magashule’s recent actions could lead to his expulsion from the party — this time without pay — as disciplinary charges are already being prepared, an insider said. Magashule recently addressed the crowd from a stage outside the Pietermaritzburg High Court after one of Zuma’s appearances and he greeted supporters outside the Johannesburg High Court at the end of June before his court case against the ANC over his suspension.

Magashule told the crowd at Nkandla, many of whom were wearing ANC regalia, to defy the party’s leadership. “When they disband you as a branch, you must still be a branch,” he said. “When they expel you as a member, you must remain a member because you were elected. You must not go anywhere.” He also told the crowd to listen only to him and his allies.

These utterances are likely, too, to feature on the NEC’s agenda this week. DM