All in the family: How households are surviving the Covid third wave in the epicentre of Gauteng 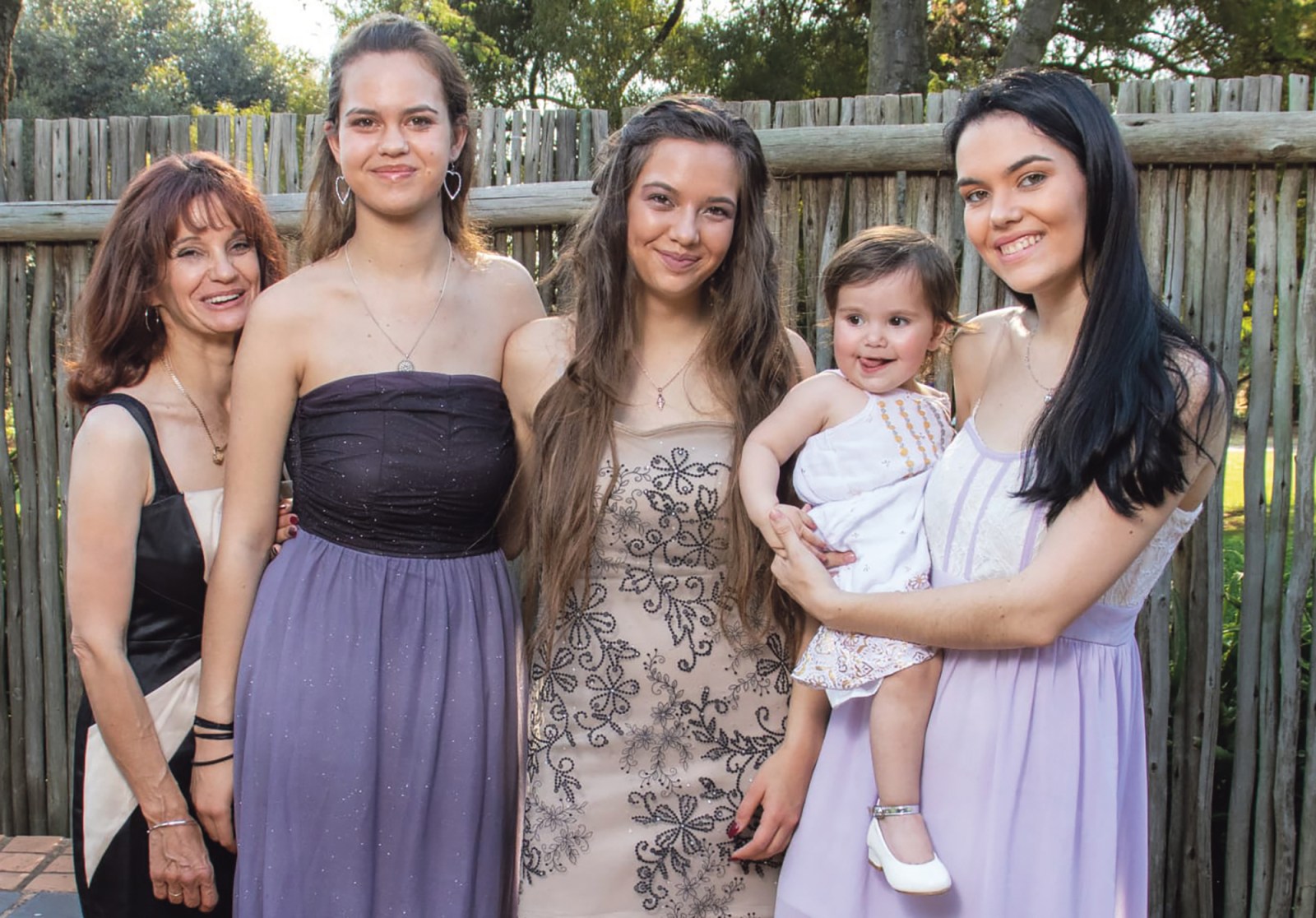 From left: Louise, Rachel, Rebecca, Anallette and Priscilla Brink have struggled during the pandemic.

The third wave of the Covid-19 pandemic has ripped through families in Gauteng, the province at the pandemic epicentre, hitting many who escaped the first two waves. Three families describe how they are coping.

Priscilla Brink’s family managed to avoid contracting Covid-19 in the first and second waves, but they felt the pandemic’s economic impact. Priscilla lives with her three-year-old daughter, mother and two sisters in a two-bedroom flat in Boksburg.

Priscilla, a qualified health and safety officer, lost one job and then another in the last year and the family relies on Priscilla’s sister Rebecca (19) to pay rent and utilities, and have had to resort to asking friends for help and taking donations for groceries.

“Now it’s gotten us when we’re already down and out,” said Priscilla (22).

She believes she contracted coronavirus from her fiancé. Priscilla and her mother tested positive last week. Louise Brink (54) has struggled to walk, has a bad cough and her oxygen levels and heart rate have fluctuated. Priscilla, who suffered body pain and headaches, had fewer symptoms but is still lethargic.

Before they were in isolation, Louise was caring for her father, Priscilla’s grandfather, who was elderly and required assistance. He passed away this week of Covid-19 related illnesses.

“We’re trying our best to fight it with what we’ve got… It’s really taking its toll not just physically but emotionally,” said Priscilla.

She shares a bedroom with her daughter Anallette, who is asthmatic, yet does not appear to have contracted the virus. Louise shares a room with her other daughters. Both Louise and Anallette keep their masks on when they go to bed. “Sometimes the house is very quiet,” said Priscilla. Sometimes, there’s no energy to cry.

Priscilla’s sister is still going to work. A group that offers free at-home Covid-19 tests came to their home and she tested positive but they didn’t send the official results, which her employer required to give her time off, meaning the virus could spread in the workplace.

Jobs are scarce and while Priscilla is still recovering from coronavirus, she’s looking for administration work to boost the household’s income. Trying to remain positive, she’s grateful no one in her immediate family has been hospitalised and that little Anallette is okay.

Nigel Branken finds it funny to say, but while he was at home, bed-ridden with coronavirus, his oxygen levels as low as 83%, he took solace in knowing he was unlikely to die and that children rarely die after contracting Covid-19.

Nigel (50) and his wife Trish (51), who live in Orange Grove, Johannesburg, took part in the Johnson & Johnson vaccine trial. When the trial was unblinded they found out they’d both received the vaccine rather than a placebo. Nigel believes it saved his life.

“We thought, gee, we’re pretty much protected,” he said on hearing they received the vaccine when they got their jabs in November 2020.

Recently, more than a dozen coronavirus cases were reported at their kids’ school. The Brankens have five children: Rachel (18), Jordan (16), Daniel (14), Sarah (12) and John (7). Jordan was the first to fall ill but tested negative after taking a rapid antigen test at Dis-Chem. Then John had flu-like symptoms.

A week later, on 15 June, Nigel started sneezing and coughing. He tested positive for Covid-19. “Then began the fight, hey. For me it was really hectic. This thing colonises your body.”

Like many who have been through Covid-19, Nigel speaks of its different phases, varying symptoms and the need to plan your response accordingly. He suffered from shortness of breath, skin rashes, vomiting, diarrhoea and body aches.

“It was incredibly frightening,” he said of struggling to breathe when his oxygen levels dropped to 83% on day five.

Nigel, a community activist and researcher, said his family was privileged and had the “Netflix babysitter” to help with the kids. He and Trish had food in the cupboard but no energy to cook.

Through Facebook, an Islamic youth organisation in Port Shepstone connected Nigel to the Caring Women’s Forum, led by Zaheera Bham-Ismail, which delivered vegan meals to the Branken family three times a week while Nigel and Trish were off their feet.

Branken is still astounded by the generosity of the group, which also regularly checked up on his progress and offered medical support.

It was the first day he’d been out of bed. He has underlying conditions and was the hardest hit in the family. Trish also had it badly. Of the kids, Sarah and John struggled the most, suffering flu-like symptoms. “This thing knocks you for six,” said Nigel.

He knows the efficacy stats of the Johnson & Johnson vaccine and knows that things might have been different, had he and Trish not had the jab. If you’re not vaccinated, he advises, pray that God helps you.

Boitumelo Precious Khasu (24), who lives in Pretoria with her mother, grandmother and younger cousin, was turned away from the clinic when she had a cough in mid-June and wanted to be tested for Covid-19. “I took it lightly,” she said.

The following day she went to work as a receptionist and started shivering. She put on a blanket and blamed it on the air-conditioning. “The next day I woke up and I couldn’t taste a thing, I couldn’t smell the air.”

She went to get a Covid-19 test, returned home and played with her nieces and nephews, who were visiting, before her mother advised her to stay in her room. She tested positive for Covid-19 on 19 June.

She woke up one morning and struggled to move her legs to get to the bathroom. Her mother, who did not want her name mentioned, was helping Boitumelo before she too tested positive.

“At times I couldn’t breathe at all,” said Boitumelo. Her elderly grandmother cooked and cared for the pair while they were isolating in a bedroom. Boitumelo could see the pressure was taking its toll.

Boitumelo struggled to sleep, asking herself, “What if I don’t wake up or, because I infected my mom, she doesn’t make it?”

The family didn’t tell Boitumelo’s young cousin they had Covid-19 and he struggled to understand why the pair were stuck in the bedroom. Wanting to join them, he’d say, “I’ll wear a mask, I promise.”

Boitumelo has finished her mandatory isolation and her mother’s last isolation day was due to be on 1 July. Her grandmother, who is vaccinated, is going to get a test soon but has not shown symptoms. “I’m just glad we’re all okay,” said Boitumelo. DM168