From highly-rated romance to Oscar-winning fantasy and action, to the latest seasons of local favourites, to a brand-new reality show that’ll have people talking across South Africa, Showmax has plenty to keep you entertained through July and beyond.

BBC limited series Normal People follows the forbidden relationship between Marianne and Connell, two young people with different backgrounds from the same small town in Ireland, as they weave in and out of each other’s lives.

It scored 91% on Rotten Tomatoe, with the Globe and Mail calling it “beautifully made… an achingly powerful story of intimacy, affection, power-dynamics, class division and money.” Watch from 9 July, first on Showmax.

This multiple award winner has already been renewed for a third season by HBO. “Making A Black Lady Sketch Show is a dream come true,” says creator and star Robin Thede. “I see this show as a budding comedy institution, where Black women can play fully realised, non-stereotypical characters, and I am so grateful for the opportunity to continue to create that space for today’s premiere comedians.” Binge now »

It’s 2003. Saddam Hussein has been ousted, Iraq is under foreign control, and tensions run high. Muhsin al-Khafaji is  a former police inspector who has lost everything except his determination to find his missing daughter. But to do that, he’ll have to choose a side… Baghdad Central has an 83% critics rating on Rotten Tomatoes. Binge now »

The six-episode final season of The Bold Type comes to our screens this month, right after the finale airs in the US. The new season holds the promise of tantalising hook-ups, make-ups, split-ups, character clean-ups (for those messy loose ends left by the pandemic-enforced abrupt end to Season 4) and level-ups for Jane (Katie Stevens), Kat (Aisha Dee), and Sutton (Meghann Fahy) as they navigate life, work and love in New York City. The Bold Type has a 91% critics rating on Rotten Tomatoes. AV Club calls the show, “A heart-on-its-sleeve, good-for-you affair that’s also a glossy, giddy comic workplace drama.” Binge now, first on Showmax »

HBO sci-fi comedy Avenue 5 follows the beleaguered crew and spoiled tourists aboard a space cruise ship that gets thrown off course, turning an eight-week trip around Saturn into a three-year journey back to Earth. Labelled “galactically good” by Independent (UK), Avenue 5 has already been renewed for a second season. Created by Oscar nominee and Emmy and BAFTA winner Armando Iannucci (Veep), the show’s cast is led by Hugh Laurie (House) and Josh Gad (the voice of Frozen’s Olaf). Binge from 16 July.

Even the world’s biggest star started out small. Young Rock is a sitcom based on the life of Dwayne Johnson (aka The Rock), going back to his roots as a ten-year-old in Hawaii, his high school years in Pennsylvania, and his university years in Miami, all within the (for now) fictional framework of the actor and pro wrestler running as a candidate in the 2032 US Presidential Election. Already renewed for a second season, the series has a 90% critics rating on Rotten Tomatoes. Binge from 26 July.

Theatrical hilarity and farce get the full treatment in the recently renewed six-episode British comedy series The Goes Wrong Show. Each half-hour episode delivers a new theatrical catastrophe in a different genre, presented by the fictional Cornley Polytechnic Drama Society. Financial Times gave it a five-star review, saying, “This stuff has to be directed and performed with pinpoint accuracy if it’s to succeed. Fortunately, it’s perfectly, deliberately, terrible.” Binge now »

HBO’s riveting political drama Oslo is based on the true-life, previously secret, back-channel negotiations in the development of the pivotal 1990s Oslo Peace Accords between Israel and the Palestinian Liberation Organization. It stars Ruth Wilson and Andrew Scott (both from His Dark Materials) as married Norwegian diplomats who helped facilitate the talks. Watch now, first on Showmax »

Considered one of the best films of the century so far, the South Korean black comedy thriller Parasite won over 300 awards worldwide, including the first-ever Best Picture Oscar for a non-English language film. Co-written and directed by Bong Joon Ho, the film weaves a tale of class discrimination and greed as a poor family schemes to infiltrate a wealthy household by posing as highly qualified, unrelated individuals. Vulture calls Parasite “a nerve-racking masterpiece.” Watch now »

Joker won 2020 Oscars, Golden Globes, BAFTAs and Critics Choice Awards, including a Best Actor Oscar for Joaquin Phoenix and over 100 other awards around the world.

It centres on Arthur Fleck, a man struggling to find his way in Gotham’s fractured society. A clown-for-hire by day, he aspires to be a stand-up comic at night… but finds the joke always seems to be on him. Arthur makes one bad decision that brings about a chain reaction of escalating events in this gritty character study of the iconic arch nemesis. Watch from 5 July. 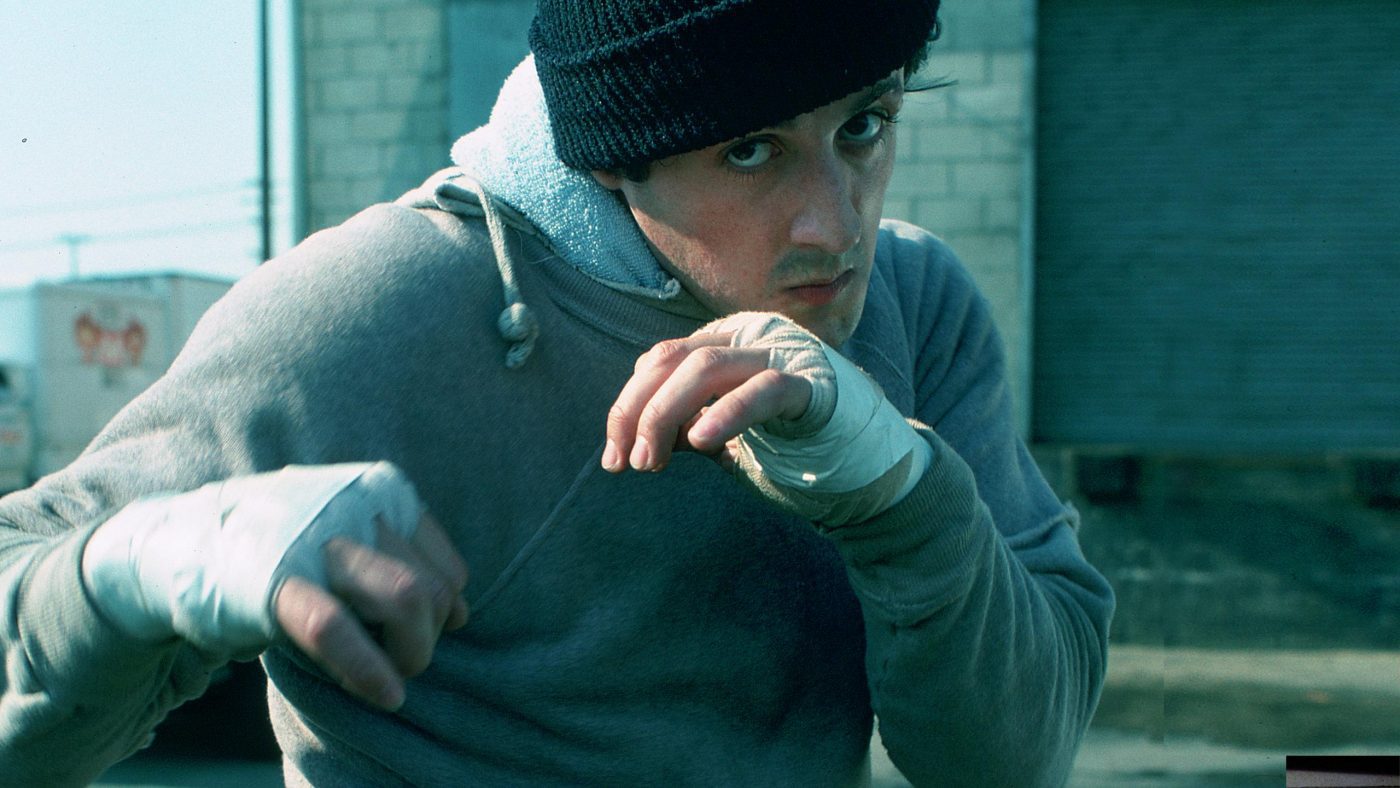 Sylvester Stallone’s legendary Rocky franchise is arguably the first and last word in boxing dramas, grossing a collective $1.7 billion over three decades at the worldwide box office. Along the way, the films picked up 12 Oscar nominations (including Best Actor for Stallone), with three wins. The full Rocky boxset: Rocky, Rocky II, Rocky III, Rocky IV, Rocky V, and Rocky Balboa, is coming to Showmax on 19 July. Also watch Creed, the first instalment of the continuation. Watch from 19 July.

The Lord of the Rings trilogy

The ultimate epic fantasy binge, The Lord of the Rings trilogy includes The Fellowship of the Ring, The Two Towers, and The Return of the King. It follows hobbit Frodo Baggins and his Fellowship as they  undertake a dangerous quest to destroy the One Ring and ensure the downfall of its maker, the Dark Lord Sauron. The trilogy won 17 Oscars  and is still considered one of the most influential film series ever produced. Watch from 29 July.

Also watch The Hobbit trilogy: An Unexpected Journey, The Desolation of Smaug, and The Battle of the Five Armies on Showmax.

In Uthando Ludumo, we see the couple deal with the controversy that has often followed them, as Babes worries that her family might turn Mampintsha’s family away at the gate .. Binge it now »

Not even a global pandemic could stop love in Season 13 of the ever-popular reality series Boer Soek ‘n Vrou, so just imagine what the journey might hold for the lucky eligible farmers this season as host Marciel Hopkins returns to guide them through the ups and downs of searching for the perfect partner. Watch on Sundays at 21:00 from 11 July, same time as kykNET, and catch up on previous seasons »

Stream all this and more on Showmax. Subscribe and get a 14-day free trial »

Need longer to enjoy all the entertainment Showmax has to offer? Pay once and subscribe for three, six or twelve months and save up to 50% on Showmax or Showmax Mobile. Valid until 31 August 2021. Sign up here » DM/ML