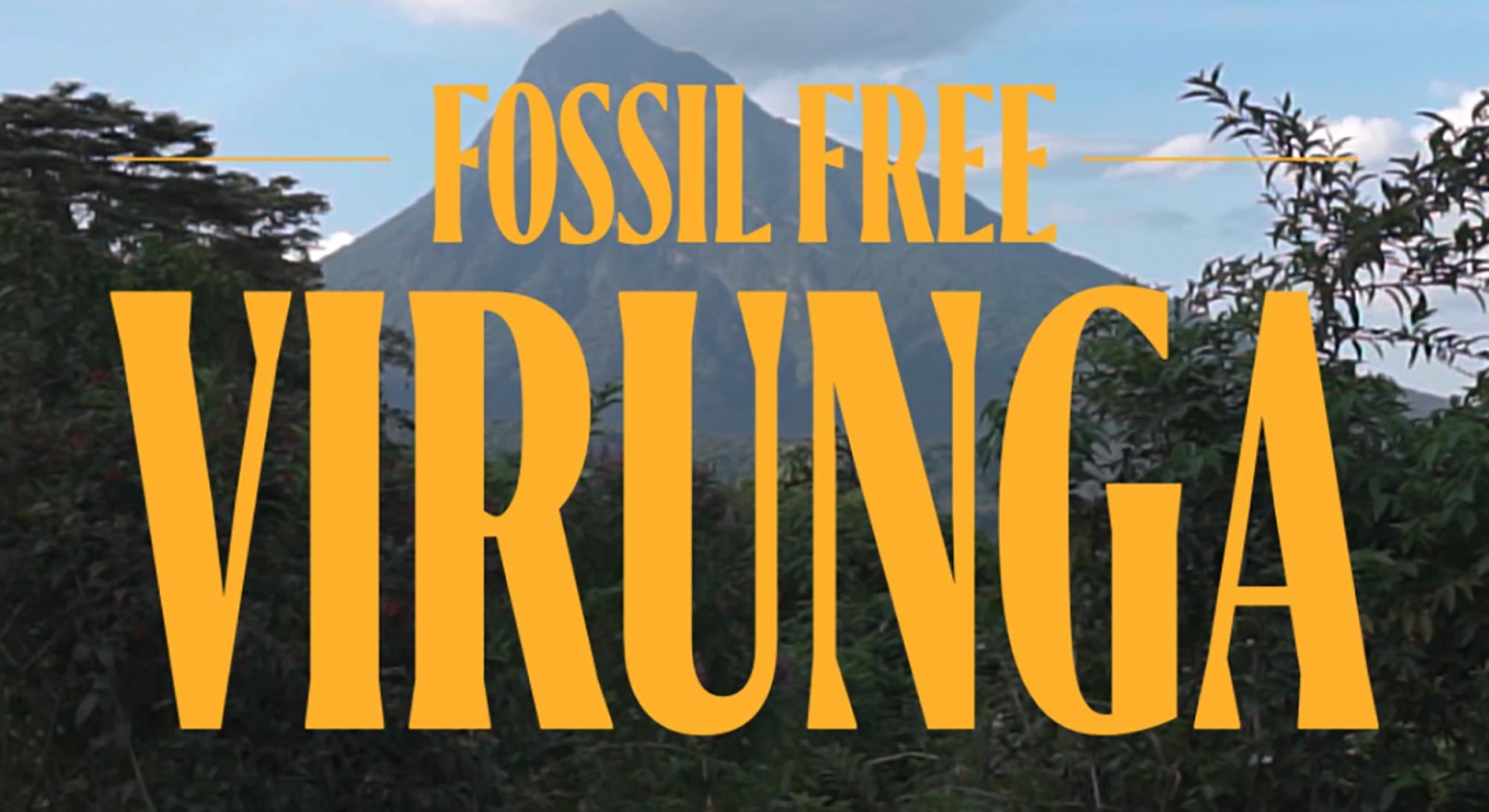 Young activists from Democratic Republic of the Congo have created a documentary speaking out against the threats posed to Africa’s oldest proclaimed national park and one of the continent’s premier World Heritage Sites, Virunga.

Young activists have spoken out against the effects of fossil fuel exploration in Virunga National Park, a biodiverse site that is one of the most treasured parks in Democratic Republic of the Congo (DRC).

The activists launched their documentary on Thursday to coincide with the country’s celebrations of 61 years of independence. The documentary is part of an ongoing campaign to speak out against oil exploration in the park.

The park, which is a Unesco World Heritage Site, was proclaimed in 1925 and is home to at least a third of the world’s wild mountain gorillas and an astonishing variety of birds and other animals, according to its website.

The activists have shared their frustrations and concerns about the harm that is being inflicted on the animal and plant life in the area. Although the 10-minute documentary produced by environmental organisation 350 Africa in collaboration with the activists is in French, the subtitles ensure that no one misses out on the information being shared.

Among the many concerns shared by the activists are trafficking of charcoal, illegal fishing and agriculture as well as poaching of elephants for their ivory. Recent news reports have highlighted crimes against rangers working at the park. This year six rangers were killed in an attack that was associated with a militia group.

In the 10-minute documentary, Fossil Free Virunga, Justin Mutabesha, an activist with the Association de Jeunes Visionnaires pour le Développement du Congo (AJVDC) explains that the park is not a special area just for them, but it belongs to everyone — making it important for everyone to join in the fight for its protection.

According to environmental activist Judith Zawadi, who is also with the AJVDC, the park, which was created 96 years ago and covers 800,000 hectares, could be of great use to local communities.

“It’s a protected area that is bursting with life, with both plant and animal species. It’s also an area where scientists can carry out research,” she says.

However, the animals and plants in the park are facing a major threat in the form of fossil exploration.

Antoine Ngola Saintex, a student at the Extinction Rebellion Université de Goma, says the park helps with the conservation of some of the most uncommon and endangered species in the world.

“For example, we have megafauna, like elephants, gorillas and we must hold on to these species for future generations. The park has been threatened several times by our leaders. In the past they have tried to award licences to companies who invest in the oil industry, but there has been pressure both internationally and locally. The companies had their hands tied and nowhere to go, so they halted their operations,” explains Saintex.

Among these companies is UK oil giant Soco, which halted its oil exploration in Virunga because of pressure from local and international communities.

Saintex says there are fears that these companies are still operating in the region — in DRC’s neighbouring countries.  He says they continue to invest in fossil fuel extractions in Tanzania and Uganda.

“We must show them and keep showing them that we are here keeping watch,” he says.

Pascal Mirindi, also a student at the Extinction Rebellion Université de Goma, says he is worried that these companies will dump oil in nearby lakes such as Lake Edward, leaving the community with polluted lakes in which to fish. “Those families whose lives depend on fishing, what are they going to do?”

Mutabesha agrees and he adds that the oil extraction poses a direct risk for him and those close to him.

“The oil extraction project in Virunga National Park poses a risk to me and all those who live in the surrounding areas, [those] who live not far from Virunga park. Oil is not the only resource in Congo. Today there are a lot of resources being extracted, for example mineral resources,” he says.

He says that whenever there are mining activities, local and neighbouring communities suffer from extreme poverty.

Mutabesha says that the oil extraction in the park destroys the environment and the ecosystem while also putting lives in danger.

“Imagine putting the lives of five million people in danger because in the park there are many billion barrels of oil. If we compare the barrels today with human life — it’s not much…”

Zawadi adds that the oil extraction would affect all life in the park.

“Instead of being able to develop our tourism industry, it’s actually going to decline because all the species that people come to see will disappear. There’ll be water pollution, pollution of arable land — people who depend on agriculture around the park won’t be able to grow anything.”

Zawadi says that Nigeria has been a good example of what happens when companies are given the freedom to do as they please.

The activists applauded the creation of a hydroelectric power plant in the park as well as other progressive projects such as an agriculture project that is helping the community in the area. Mutabesha says that all these projects have existed because of the park. He adds that the oil companies should change their extraction plans and leave the park alone.

Activists also warn that projects such as the building of roads and houses by their leaders are not enough — long-term recovery plans need to be put in place.

“The money we can gain cannot compensate for the effects that the environment is suffering today,” says Zawadi.

They have appealed for everyone to join in the fight to preserve the park.

Speaking at the webinar hosted by 350 Africa, Tina Lain, a senior environmental expert with the IUCN Netherlands, reiterated the call by the activists to continue to protect the park.

“Virunga symbolises all what natural heritage in Africa [stands for]. It was the first protected area in Africa,” she said.

Lain said the site was a symbol of unity and had united many countries. She said they had been alerted by groups working in the country about what was happening with oil exploration in Virunga in 2012.

She said when this happened the company that was responsible for the exploration had engaged with the community and made promises of houses, development and better employment to them.

“No one was really introducing the real facts about oil exploration and what could be the impact on their livelihoods,” she said.

It was only after they were shown what was happening in other countries that it was clear to them what the future of the park might look like if they allowed companies to continue exploring for oil. DM/OBP